From hapless hangings to butchered beheadings, an executioner's oversight is far more gruesome than your average workplace error.

Everyone makes mistakes at work: accidentally tweeting about your boozy escapades from a corporate account, hitting “reply all” with your snarky comments about the client when said client is on the email chain, or forgetting to sharpen that ax blade before using it on someone’s outstretched neck. Well, the last one might be a concern if you’re the local executioner.

As you can imagine, the oversights of a hangman could be much more gruesome than the average error—which is saying something for a profession that has already employed chopping, stabbing, choking, gassing, electrocuting, and/or beating criminals to death (not necessarily in that order) in its repertoire at one time or another throughout history. From hapless hangings to butchered beheadings, these executioners added their own last words: “Oops.”

READ ON FOR EXAMPLES OF BOTCHED EXECUTIONS FROM LORD HIGH EXECUTIONER BY HOWARD ENGEL, AND THEN DOWNLOAD THE BOOK ON Amazon, Barnes & Noble, and iTunes. 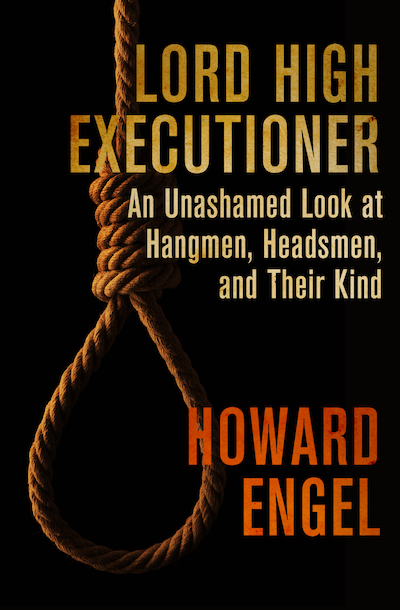 It’s not easy to turn your name into a synonym for ineptitude, but British hangman Jack Ketch managed to do just that. Ketch was that particularly deadly combination of prolific and mistake-prone in his job. One instance occurred in 1683, when Ketch was tasked with ending the life of Lord William Russell. Russell, who had been implicated in a conspiracy to kill King Charles II, bribed Ketch to make his execution, a beheading, as quick and easy as possible. Unfortunately, Ketch’s first swing of the ax did naught to sever Russell’s head from his body as it was supposed to. Instead, it merely bruised his neck, allegedly leading Russell to turn his head and say: “You dog, did I give you 10 guineas to use me so inhumanly?” It took two more hacks for Ketch to finish the job.

William Calcraft is notable for hanging the last publicly executed woman and man, respectively, in Britain in 1868, when he hung first Frances Kidder and then Michael Barrett later in the year. Calcraft’s lasting mark in his 45-year career, however, was less of historical significance than of dubious reputation. More than once, Calcraft was accused of drinking on the job and showing his nerves. And then there was the time that Calcraft was set to hang a man named O’Connor—only for the rope to break and leave O’Connor alive … and needing to be hung a second time. There is a reason that one of Calcraft’s competitors said “[Calcraft] came from a family of slow worms. He choked his prisoners to death … he THROTTLED them, but I EXECUTE them.”

John Price was an executioner of little renown. He led the simple life of an everyday worker—well, as simple as life could be for a worker whose job was to kill people for a living. Or at least, so it had seemed, until Price committed a heinous crime of his own when he attempted to rape a woman named Elizabeth White. White died only four days later from the injuries Price inflicted on her body, but not before describing Price as her assailant. For his crime, Price himself was condemned to the gallows in 1718, ironically becoming a hangman sentenced to be hung.

Related: HAUNTED PAST: HOW VICTORIANS REMEMBERED THEIR DEAD

In February 1885, hangman James Berry was tasked with executing John Lee. The preparations were made and Lee, with rope securely around his neck, was placed above a trapdoor manipulated by a lever that, when pulled, was expected to open the door and let Lee drop to his death. All was set for a very simple and efficient hanging—until Berry realized the trapdoor was not functioning. Lee was taken off the scaffold so that Berry could test it, only to find it working properly. But when Lee was put back in place, yet again it would not open—not once, not twice, but four times in a row. In the end, the situation was deemed so hopeless (and probably embarrassing) that Lee was given a pardon from hanging and instead sent to serve a life sentence.

Most families have a tradition—the Billingtons’ was in raising executioners. James Billington and his three sons all became hangmen, often working together to get the job done. But one day in 1896, James was not working with his sons, but with a new assistant named William Warbrick. A triple hanging was set for that day, and Warbrick had been standing on the trapdoor, busy binding the legs of one of the criminals. At this inopportune time, Billington, unaware Warbrick was still there, pulled the lever and opened the door intended to send the criminal falling to his death. To save himself, Warbrick, did the only thing he could: hang on to the legs of the very criminal he had bound, thereby aiding in killing the man in a most preposterous fashion.

Related: NO SECONDS: THE LAST MEALS OF DEATH ROW INMATES

South Australia’s first hanging occurred in 1838. The man to be hung, Michael Magee, had attempted to shoot the sheriff, which led him to this moment in front of an audience of 500 people waiting for him to die. Unfortunately, while Magee did die, it took much, much longer than anticipated. He was set to drop from a cart to his death, but the cart was moved away too slowly, allowing Magee to free his hands and hold on to the rope as he dropped. That in turn led to Magee half-screaming and half-choking, “Save me!,” while the sheriff did his very best not to save him by grabbing onto Magee to let the rope finish its job. Overall, it took a painful 13 minutes for Magee to die.