They called him "America's first serial killer of the modern era," but the case of the Boston Strangler is full of contradictions.

It is one of the most famous cases of serial murder in American history. Yet the criminal investigation of the so-called Boston Strangler is riddled with inconsistencies and contradictions. Were the slayings truly committed by Albert DeSalvo, who confessed to the murder of 13 women in the Boston area between 1962 and 1964, or were they the work of several assailants, as many investigators maintain to this day?

For an example of the uncertainties that haunt this case, one need only look to the nickname of the killer. Prior to the popularization of the Boston Strangler label in 1963, the culprit was also known as the Phantom Fiend or Phantom Strangler. A 1962 edition of the Boston Herald opened one of its articles by saying, “A mad strangler is loose in Boston.”

The well-known sobriquet is a misnomer for all sorts of reasons. One of the victims was stabbed, while another was both stabbed and strangled. Yet another died of a heart attack. Not all of the murders actually took place in Boston—a prime reason why many suggest that there was more than one killer.

What we do know is that between June 14, 1962 and January 4, 1964, at least 13 women were murdered in their own homes, most of them strangled and sexually assaulted. At the time of the killings, two other murders were thought to be the work of the same killer or killers, but were later found to be unrelated.

In all of the murders, there was no sign of forced entry, which led authorities to conclude that the women had willingly let the killer into their homes, possibly because they already knew him. Most of the women were strangled with items that they had on hand, usually nylon stockings. The killings attracted substantial media attention, which made their continuation all the more unsettling. Women throughout the Boston area were terrified of an attack by the strangler.

In fact, authorities were so desperate to close the case that Massachusetts Attorney General Edward Brooke famously brought in a self-professed psychometrist—one who claims to intuit facts about a person or an event by touching associated objects—to help solve the murders. The psychometrist was named Peter Hurkos. He declared the killings were the work of one person, for whom he provided a “minutely detailed description,” though ultimately that description did not match Albert DeSalvo, or to any other noteworthy suspect in the slayings.

As with several other serial murder cases throughout history, the break in the Boston Strangler investigation came about as a result of a seemingly unrelated crime. On October 27, a man claiming to be a detective entered the home of a young woman, tied her up, sexually assaulted her, and then abruptly left after saying, “I’m sorry.” The victim’s description of her attacker led police to Albert DeSalvo.

Following his arrest and the publication of his photograph, several other female victims stepped forward to identify him as their attacker. It was only after his arrest that DeSalvo confessed, first to a fellow inmate, that he was the Boston Strangler.

Related: THE HILLSIDE STRANGLERS: DEATH IN THE CITY OF ANGELS

Suddenly, the strangler had a face.

Details in DeSalvo’s confessions did match several aspects of the crime scenes that had never been made public. Yet his claims also contained inconsistencies. Ultimately, the evidence was considered too uncertain to use in court; DeSalvo was tried only for the earlier robberies and sexual offenses in which he had been conclusively involved.

As the perpetrator of these previous crimes, DeSalvo earned colorful nicknames: “The Green Man” and “The Measuring Man.” Said nicknames were added to the growing list of phrases associated with the Boston Strangler case.

On January 9, 1967 DeSalvo was sentenced to life in prison for his earlier offenses of robbery and rape. The following month, he and two other inmates escaped from Bridgewater State Hospital, an institution for the criminally insane, though DeSalvo gave himself up after only a day. A note left on DeSalvo’s bunk said that he had escaped in order to draw attention to the conditions under which inmates were kept.

Following his capture, DeSalvo was transferred to Walpole State Prison, where he remained until November of 1973. It was then that he placed an urgent phone call to Dr. Ames Robey, a forensic psychiatrist. DeSalvo told the doctor that he needed to meet with him immediately, and instructed him to bring along a reporter. But before they could meet, DeSalvo was stabbed to death in his cell in the middle of the night. Dr. Robey believed that DeSalvo was murdered because he was about to reveal the truth about the Boston Strangler killings.

For years, individuals like Dr. Robey and Casey Sherman, the nephew of final Strangler victim Mary Sullivan, claimed that Albert DeSalvo wasn’t the real killer. They believe that DeSalvo fabricated his confessions, possibly in order to secure book and movie deals to help provide for his family. In the years following DeSalvo’s death, authorities twice exhumed his body to conduct additional DNA testing. In 2013, it was announced that DeSalvo’s DNA was a “near certain match” to DNA found at the scene of the murder of Mary Sullivan.

For some, this DNA evidence finally laid to rest the identity of the Boston Strangler. For others, it is simply another knot in the long string of oddities and contradictions that trails this case. With DeSalvo gone and other principal players also dead, the ultimate truth behind one of America’s most famous serial killers may remain forever beyond our grasp. 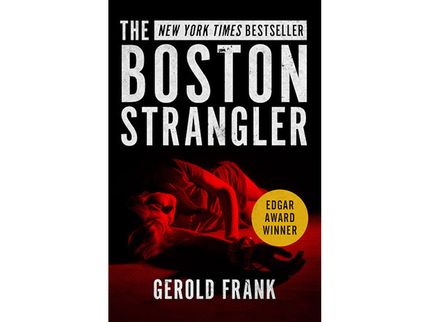