A Haunting in Georgia: The Curse of the Barnsley Gardens

Are Godfrey and Julia Barnsley still cursed, even in death?

In the early 1820s, a man named Godfrey Barnsley departed Liverpool, England for America. Within a few years, he became one of the richest men in the South, due mostly to his involvement with shipping and the cotton trade. In 1828 he met a southern belle named Julia Scarborough, a native of Savannah, Georgia, and they wed on Christmas Eve of the same year.

Little did they know, their charmed life was about to be cursed.

Related: A Visit to Bomarzo’s Eerie Garden of Monsters

Approximately 10 years after the Barnsleys said their vows, throngs of Cherokee Indians were fobarced to surrender their land east of the Mississippi River and migrate west, as part of President Andrew Jackson’s Indian Removal Act of 1830. This mandatory and inhumane exodus would become known as the Trail of Tears. For Godfrey Barnsley, it meant opportunity. He purchased nearly 4,000 acres of land in Northwest Georgia to build a mansion for Julia and their five children. 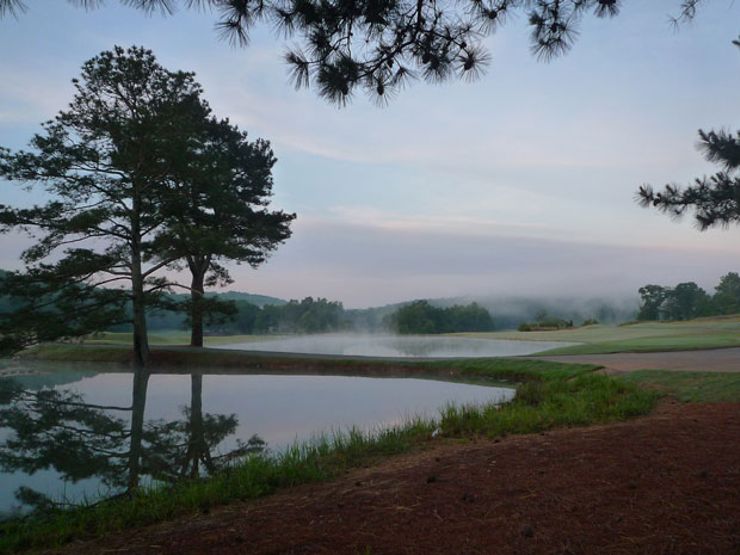 After procuring the land, Godfrey met and befriended an old Cherokee man who still lived in the area. He gave the man a job and allowed him to stay. However, once Godfrey informed the man of his plans to build a mansion as part of a grand estate, everything changed. The old man vehemently objected to the construction, arguing that the land was sacred to the Cherokee, and that the forefathers would be intolerant of such disrespect. Godfrey ignored the warning and continued with his plans; a short time later, the old man vanished and did not return.

Before the mansion (dubbed “The Woodlands”) could be completed, Julia suddenly became ill and died of tuberculosis. It seemed the old man’s warning had proven true—and this was just the start of the Barnsleys’ bad luck.

Godfrey was stricken with grief and stopped construction for more than a year. Then, in 1846, he claimed he came face to face with Julia’s ghost. She supposedly begged him to finish the estate. Driven by the notion that Julia was guiding his steps from beyond the grave,Godfrey pushed ahead.

In 1848, the estate and gardens—designed by architect Andrew Jackson Downing—were completed in the style of an Italian villa. The house had modern plumbing, Italian and French marble, and furniture from various countries. It sat virtually undisturbed until the Civil War, when The Battle of Adairsville raged across the grounds and caused irreparable damage. Colonel Robert G. Earle, a friend of Godfrey’s, attempted to warn him of the impending battle, but was shot and killed by the approaching troops before he could deliver the message. Godfrey buried his friend behind the mansion. 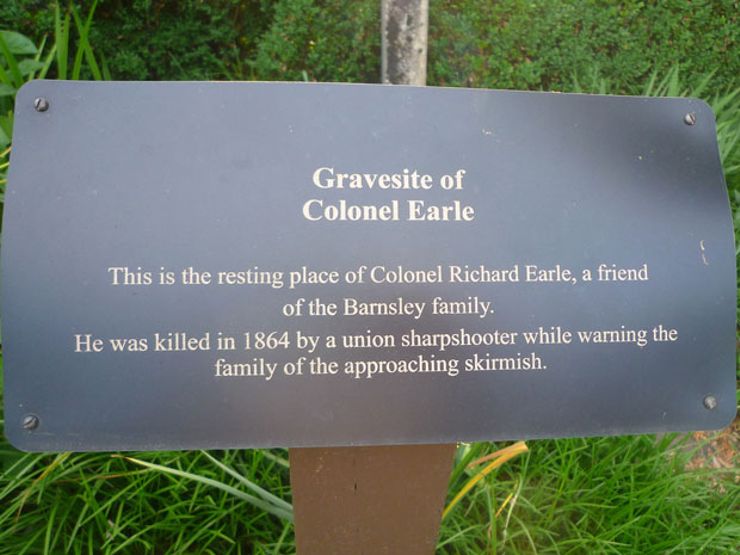 The War also destroyed Godfrey’s livelihood, as the cotton he had sold for decades suddenly lost its commercial value and ended up rotting in warehouses in New Orleans.

After the war, Godfrey moved to New Orleans, where he tried to regain his fortune. He placed control of the estate with his son-in-law, James Peter Baltzelle, a Confederate Army captain. In 1868, Baltzelle was killed by a falling tree. Godfrey’s now-widowed daughter Julia and her daughter, Adelaide, moved to New Orleans to be with Godfrey. There, Julia met and married a German ship captain named Charles Henry Von Schwartz.

Once one of the wealthiest men in America, Godfrey Barnsley died in 1873 with little money to his name. Julia returned his body to Georgia and buried him on the estate grounds, then presumably stayed to live out her days at the mansion. In 1885, Charles Henry Von Schwartz died on the property, with Julia passing not long after.

Young Adelaide grew up on the estate, eventually marrying a chemist named A. A. Saylor. They had two sons, Harry and Preston. While their boys were still very young, Saylor also died at the estate.

In 1906, a tornado tore away the roof of the Barnsley mansion, forcing Adelaide and her sons to move into the kitchen. Preston Saylor eventually rose to prominence as a champion heavyweight boxer, fighting under the name K.O. Dugan. But in 1935, the family’s dark luck struck again. During a heated quarrel, Preston gunned down his brother Harry at home. Harry died in his mother’s arms in the front room of the mansion.

Preston admitted to the slaying and was sent to prison. Adelaide died in 1942. The estate was sold at auction, and, for the first time, purchased by someone outside of the Barnsley family. While the property was used for farming, the Barnsley mansion slipped into ruin.

Over the years, numerous ghost sightings and paranormal events surfaced. Visitors reported the ghost of Godfrey Barnsley drifting through what remained of the mansion. Matriarch Julia Barnsley has also been spotted gliding through the garden. What’s more, multiple witnesses claim to have seen the twin vision of Godfrey and Julia walking together across the property. 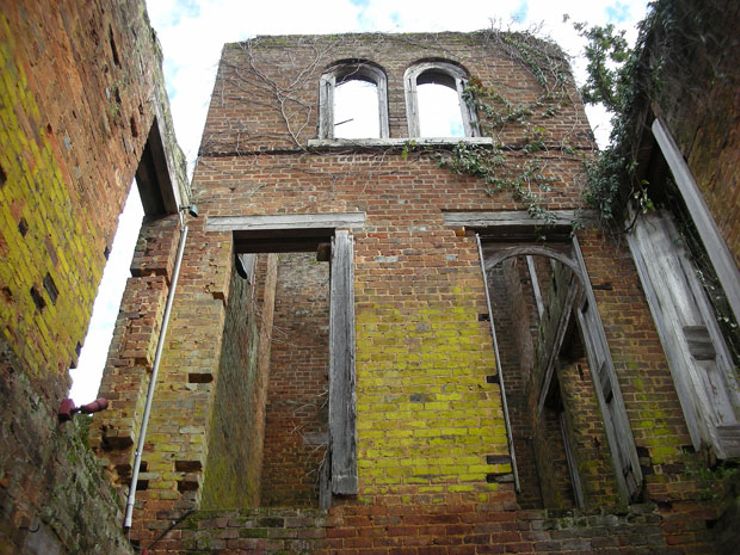 The ruins of the old house. Photo: Wikimedia Commons

Aside from members of the Barnsley family, people have also heard footsteps throughout the open-air ruins of the house, as well as encountered the anguished spirit of Colonel Robert G. Earle.

In 1991, Barnsley Gardens opened to the public as a historical museum. Today, it’s a luxury resort park, replete with handsome cottages, a Grecian-style pool, spa, and a golf course.

Its troubles seem to have faded into history. Yet looming over the revitalized landscape of Barnsley Gardens is the crumbling brick skeleton of the Barnsley estate—a stark reminder of the pain that once haunted this property.