On a cold night in 1926, Agatha Christie vanished without a trace.

Want more perplexing mysteries? Sign up for The Lineup’s newsletter, and get our strangest cases delivered straight to your inbox.

The vehicle was found at the edge of a quarry not far from her home, abandoned with its hood up and lights on. Inside sat Christie’s fur coat, her old driver’s license, and a bag of clothes. There was no sign of the woman herself.

News of Christie’s disappearance spread quickly, and a massive manhunt commenced. Over a thousand officers and 15,000 volunteers combed the countryside while dredge teams scoured the surrounding lakes and streams. A fleet of biplanes searched from the skies – the first in England’s history for a missing person case.

Even fellow mystery writers joined in on the hunt. Dorothy L. Sayers visited the crime scene, later using her observations as inspiration for Unnatural Death. Sir Arthur Conan Doyle presented one of Christie’s gloves to a medium in hopes of enlisting spirits to solve the mystery. 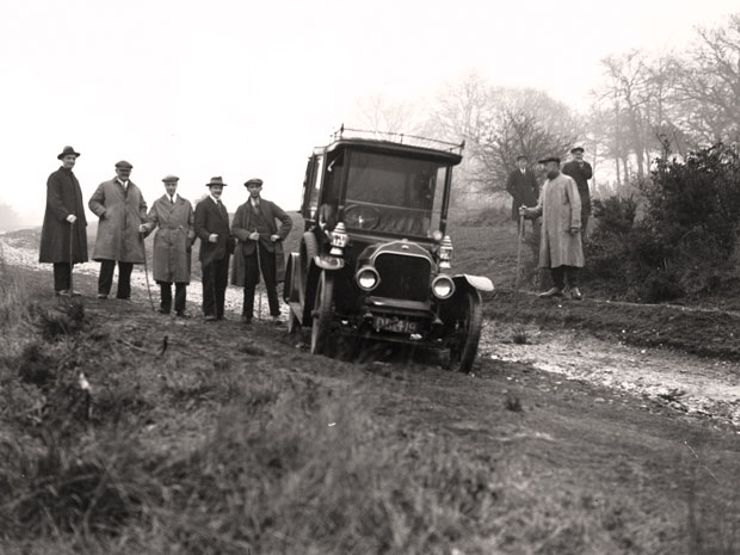 By the end of the week, Christie’s disappearance had become a national obsession.

Just who could have murdered the Queen of Crime? Many suspected Christie’s husband, Colonel Archie Christie. The old Colonel had struck up an affair with a younger woman named Nancy Neele, and made no attempt to hide his fling from his wife. On the day of Christie’s disappearance, the couple reportedly quarreled after Archie announced that he planned to spend the weekend with his mistress.

Agatha Christie remained missing for 11 days. Then, on December 14th, she was finally found – not in a shallow grave but hiding out at the Swan Hydropathic Hotel in Harrogate, England. A local musician spotted her, having recognized her face. Oddly, Agatha had signed in to the spa as Theresa Neele from Cape Town, borrowing the last name of her husband’s lover.

The twist ending shocked the public. Some angrily dismissed her disappearance as a publicity stunt for her latest novel, The Murder of Roger Ackroyd. Others surmised an upset Christie merely sought to teach her cheating husband a lesson. Others still suggested darker motives – suicidal depression, a clever scheme to frame Archie and his mistress for murder. 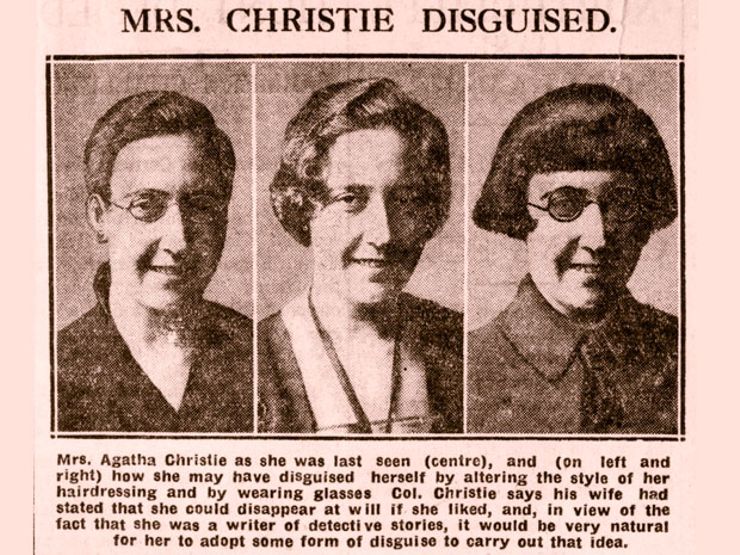 Christie herself said very little about the disappearance. She rarely discussed the matter in interviews and the bizarre episode does not appear in her autobiography. In the days after her return, the author blamed her vanishing on a mysterious dream state, in which she took on an entirely new identity:

“For 24 hours I wandered in a dream, and then found myself in Harrogate as a well-contented and perfectly happy woman who believed she had just come from South Africa.”

[via The Independent; The Guardian; All About Agatha Christie]