Murder in the Berkshires: The William Coy Axe Killing

William Coy felt betrayed by his friend, and the only solution was murder. 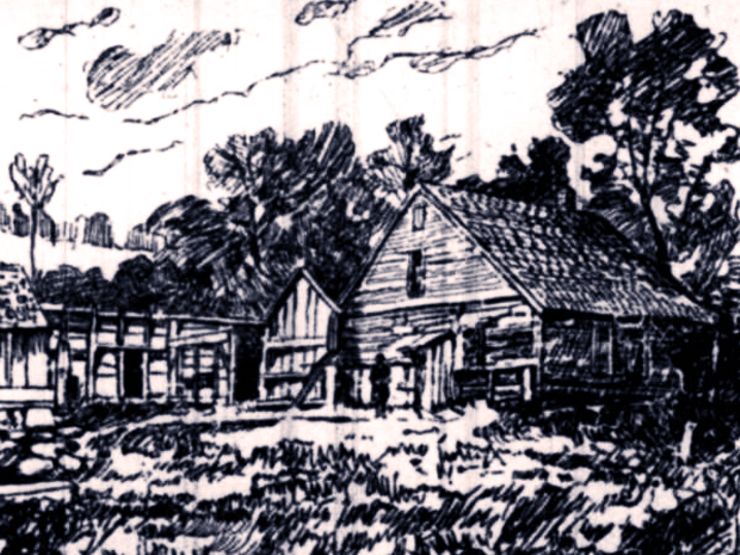 The Home of William Coy (via The Berkshire Eagle)

How far should a jilted lover go to get his revenge? When it comes to this true crime tale of love and lust from 1891, it was nothing short of murder.

John Whalen had just returned from a drinking binge on a late August night in Washington, Massachusetts with his railroad coworker, William Coy. The two were roommates and, so Whalen believed, good friends. But Coy had other plans in mind that night. Soon after Whalen passed out fully clothed in his bed, Coy crept into his room, an axe gripped in his hand. With two powerful swings he chopped through Whalen’s skull and completely severed his spine, killing the man on the spot.

It took Coy two trips to drag Whalen’s remains across a field and up the side of Washington Mountain, through a maze of young trees and down an overgrown logging road where he finally dug a shallow hole and buried his former friend.

RELATED: PEACE CHURCH AND THE GHOST OF BILLY COOK

While the grisly axe murder seems to have been in cold blood, Coy indeed had his reasons. Coy’s wife, Frances, had been conducting an affair with Whalen. She recently fled to Albany, New York with plans to meet her illicit lover and start a new life together. Frances had been gone two days already, lodging at Albany’s Globe Hotel under a false name and waiting to meet Whalen on Monday. 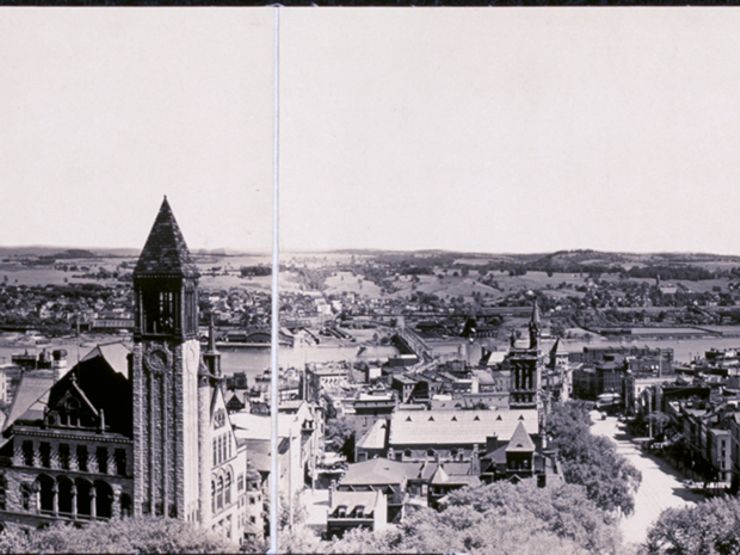 When the day came to meet Whalen at the station, Frances stood searching for him on the crowded platform. She was stunned, however, when her husband stepped off the train.

Frances was terrified—surely she was caught. But instead of the outburst of anger she expected, Coy was nothing but kind to her. He bought her jewelry, a cloak, and a fancy meal in an attempt to win back her love.

RELATED: THE EERIE COINCIDENCES OF THE ERDINGTON MURDERS

Eventually, Frances acquiesced and returned to the Berkshires with her husband. But when they arrived back home, Frances found the gory remains of a murder scene. Blood stained the wall, while tattered pieces of pillows and blankets were strewn across the floor. Whalen, of course, was nowhere to be found. Coy who was often restless, if not drunk, paced through the home wondering where his co-worker could be. 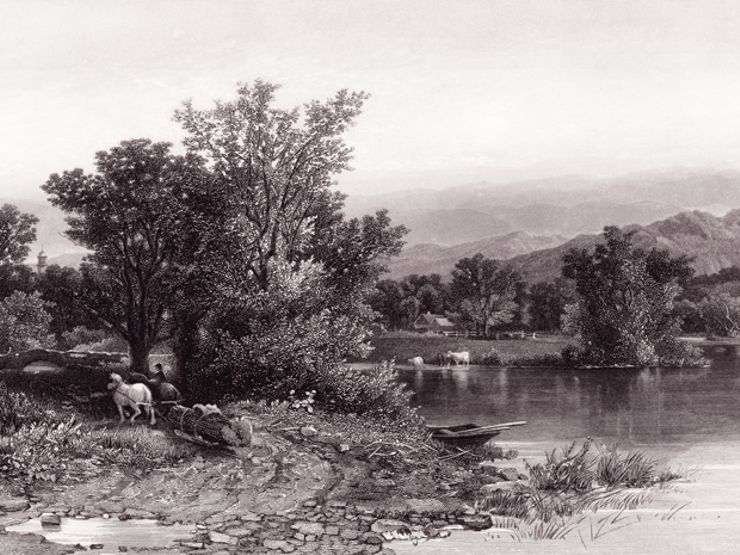 It wasn’t long before Frances took matters into her own hands. She alerted the police and soon her husband was under arrest. Coy’s story seemed to change by the day during interrogations—one version stated that he found Whalen’s room already in its ravaged state. Since a chicken was cooking on the stove, he assumed Whalen had slaughtered the bird inside and had left the mess.

Coy never really stood a chance. About a week after circling the truth, he cracked and confessed to killing Whalen under the pretense of self-defense.

RELATED: SCANDAL AND THE SUPERNATURAL: THE GHOST OF HENRY WARD BEECHER

The story became the talk of the Berkshires, from North Adams to South Egremont, people all over swapped updates on the case. When Coy finally admitted to the murder of John Whalen, readers were far from shocked.

“The feeling of horror which filled the minds of the public when the particulars of the awful crime were brought to light, has in no sense lessened and it is the general opinion that William Coy is guilty of deliberate murder,” wrote a newspaper reporter at the time. 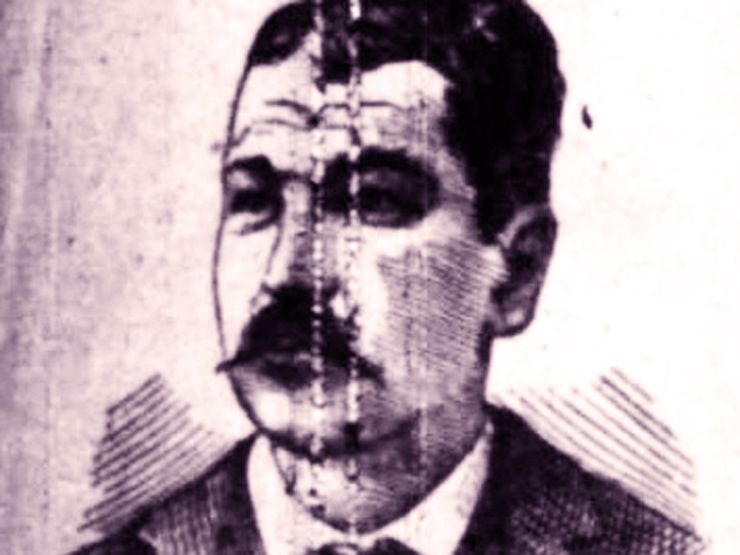 William Coy (via The Berkshire Eagle)

A trial commenced. William Coy was found guilty of murder and would be put to death by hanging and on March 3, 1893. At 10:43 a.m. Sheriff John Crosby stated, “In obedience to the command contained in the warrant, I now proceed to execute the extreme penalty of the law upon the body of William Coy by hanging him by the neck until dead. And may God have mercy on his soul.”

RELATED: THE COUPLE THAT KILLS TOGETHER, STAYS TOGETHER

Coy’s body jerked on the gallows for nearly six minutes before a doctor pronounced him dead. Sixteen minutes after that his body was cut down. Soon after his hanging, Massachusetts introduced the electric chair and moved its executions to a central location in Boston. William Coy was the last man to be hanged and the last to be executed in Berkshire County. 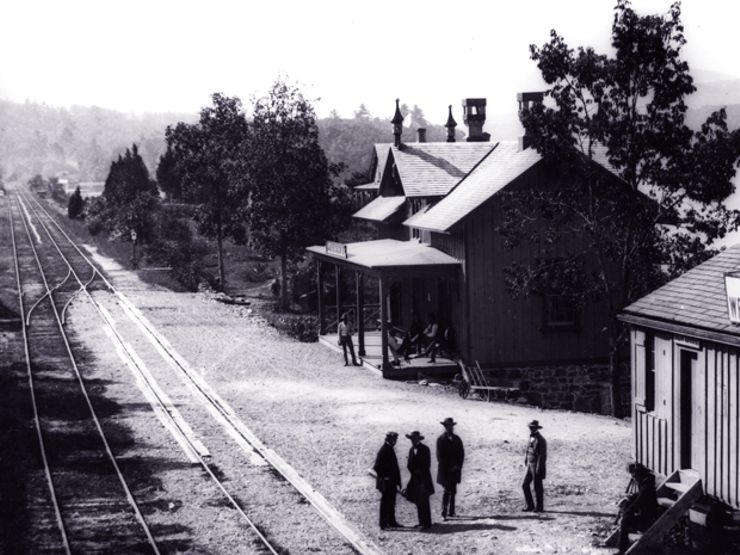 The murder of John Whalen by William Coy occurred at the height of the Gilded Age—an era in American history when glitz and glamor belied corruption, violence, and crime.

Today, author Andrew K. Amelinckx investigates this troubled period and its influence on the rolling hills of western Massachusetts and Connecticut in his true crime collection Gilded Age Murder and Mayhem in the Berkshires. Amelinckx vividly recreates the tragic murders, absurd thefts, and sundry other crimes that plagued this region as America entered the twentieth century. Divided into chapters with enticing titles like, “Love Gone Bad and Just Plain Greed” and “Lessons in Temperance” these historical crime cases are sure to transport readers back to the rural country roads of Berkshire County, and the gleaming blood that stained them.