Was Ed Gein the Most Misunderstood Killer in American History?

What would you say if I told you that Ed Gein, the man who inspired the characters of Buffalo Bill (Silence of the Lambs), Norman Bates (Psycho) and Leatherface (The Texas Chain Saw Massacre) wasn’t a serial killer at all? Chances are you’d say I was crazy and just defending a fellow Wisconsinite. But the FBI defines the term “serial killer” in the following way: A serial killer is a person who murders three or more people, usually in service of abnormal psychological gratification, with the murders taking place over more than a month and including a significant break (a “cooling off period”) between them.

Thus, by the FBI’s standards, Gein doesn’t fit the criteria. But, to understand this, you need to know more about the story, so let’s start at the beginning.

Ed Gein was born in 1906 in La Crosse, Wisconsin. It’s a city that borders the Mississippi river on Wisconsin’s western border. At the turn of the last century, it was one of the largest cities in the state, boasting three universities, several breweries, and a booming logging industry. If the Gein family had stayed in this metropolis, things might have worked out differently. But, in 1914, the Gein clan picked up and moved to a town named Plainfield–a tiny smudge on the map with little more than 500 people. Smack dab in the center of Wisconsin, it is a place dense with pine trees, lakes, and snow. Only during the summer is there an influx of people looking to camp or hike … unless you count the hunters that travel through during deer season.

Gein’s parents, George and Augusta, were a curious pair: George, a raging alcoholic, and Augusta, a staunchly religious ruler of the house. By 1940, father George had died, and Ed Gein’s only brother, Henry, had succumbed to asphyxiation in a brush fire. That left Ed and his mother, Augusta, alone in a remote country farmhouse. And, though Augusta was a cold, domineering, fanatically religious figure, Ed adored her. Ever since he’d been a child, Augusta had warned him against forming real friendships and steered him away from consorting with women. In essence, Ed was programmed to rely solely on Augusta for his every emotional need. She’d taught him that she was the only person he could trust or love. So when Augusta passed away due to a series of strokes in 1945, the youngest Gein was finally and totally alone in the world.

Overcome with grief, Gein simply boarded up Augusta’s rooms, keeping them as a shrine, exactly as she’d left them. He also became obsessed with the idea of death and dying, reading accounts of head-hunting, exhumation of corpses, and dissection. It wasn’t long before Gein began to obsess about what the bodies of women like his mother would look like—feel like—in his home. When Gein came across the obituary section of his local newspaper he was struck with an idea to quell his curiosity: he began digging up the graves. 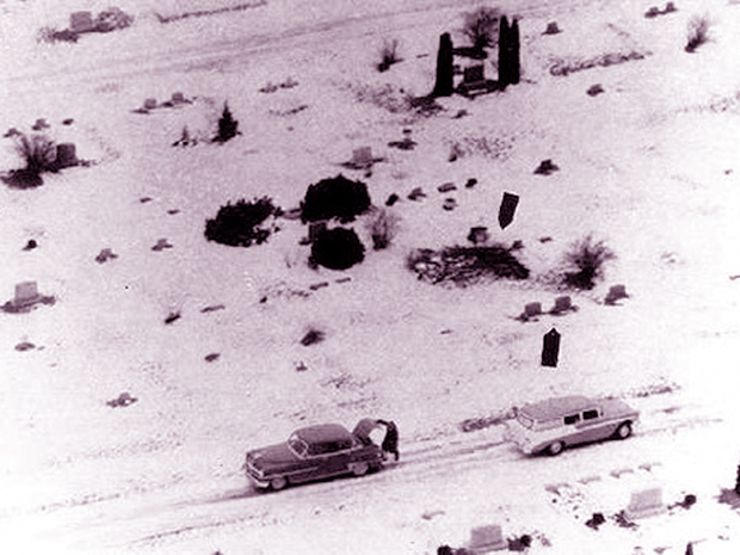 Some of the graves that Ed Gein exhumed. Photo: Murderpedia

Shockingly, this went unnoticed for nearly a decade.

Then, in 1954, Mary Hogan—the owner of the one bar in town—went missing. Deputies from the sheriff’s office found a rifle shell in the bar and a trail of blood leading out to the parking lot, but nothing more.

The case went unsolved until 1957 when Bernice Worden went missing from the local hardware store she ran in town. On the counter was a receipt for antifreeze with the name “Ed Gein” on it. 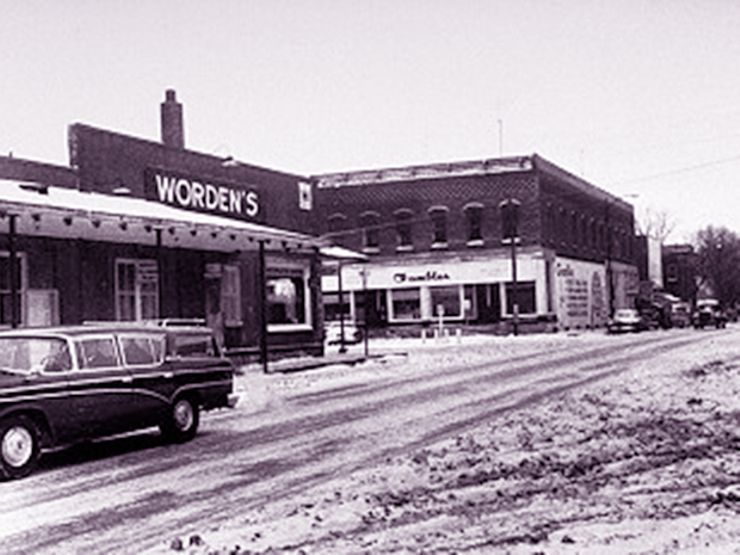 Sheriff’s deputies went out to Gein’s rural home expecting only to ask him a few questions. Ed was known in town to be “simple” and “harmless,” after all. But when they got there, a literal house of horrors greeted them. Even upon their approach, the men could smell the stench of decomposition and rotting trash. In a shed adjoining the house they found the headless body of poor Bernice Worden strung up by the heels to the roofbeams. She’d been gutted and butchered in the exact fashion that a hunter would dress a deer. Inside Gein’s home the officers found her head in the kitchen as though it was being prepped to hang on the wall as a trophy.

As if that wasn’t enough, they found bowls made from the tops of human skulls, tanned lampshades and wastepaper baskets fashioned from human skin, a belt made of nipples, a shoebox full of genitalia, and a row of nine shrunken heads on the wall … including Mary Hogan’s.

Of course Gein was immediately taken into custody and questioned. He readily admitted to killing Mary Hogan and Bernice Worden, but asserted that he hadn’t murdered the others (estimates range from 10-15 bodies), but took them from their resting places in the local cemetery. He was then found Incompetent to stand trial and put in a mental institution. Eventually declared “not guilty by reason of Insanity,” Gein lived out the rest of his life in the Mendota Mental Health Institute where he was “a model patient.”  He died in 1984 from a heart attack and was put to rest next to his beloved mother–in the same cemetery he’d grave-robbed years before. 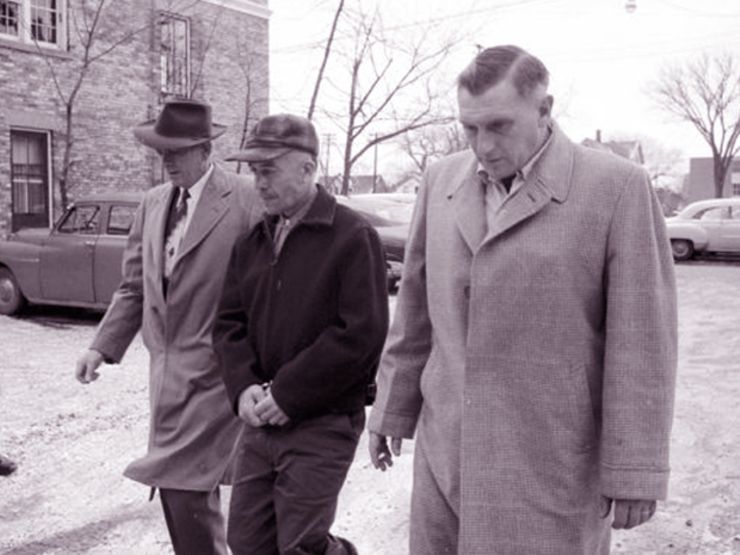 In short, I believe that Ed Gein is one of the most tragically misunderstood “serial killers” of all time. That does not mean that I sympathize with him or think that his deeds are any less heinous. It merely means that myths and Hollywood interpretations have so obscured the actual man that he has become more of an urban legend than a person.

This is FALSE. Ed Gein murdered two women (Mary Hogan and Bernice Worden). And two kills does not a “serial killer” make. The official definition lists the number as “three or more.” Despite the number of body parts found in Gein’s home, there was absolutely nothing linking him to the murders of any other women. There are hypotheses that he killed more, but I seriously doubt it—and we’ll get to that in a moment.

This is also FALSE. A rumor was spread that because Bernice Worden’s heart had been found in the kitchen, it was being prepared to be eaten. People speculated that it was in a pot on the stove, etc. But the heart was found in a plastic bag, and her entrails were found wrapped in newspaper. They were both on the floor, being readied for disposal. If you’ve ever been around deer hunters, you’d be familiar with the wrapping of innards as waste—and her body had been prepped exactly like a deer, which was something Ed Gein had learned as a child. 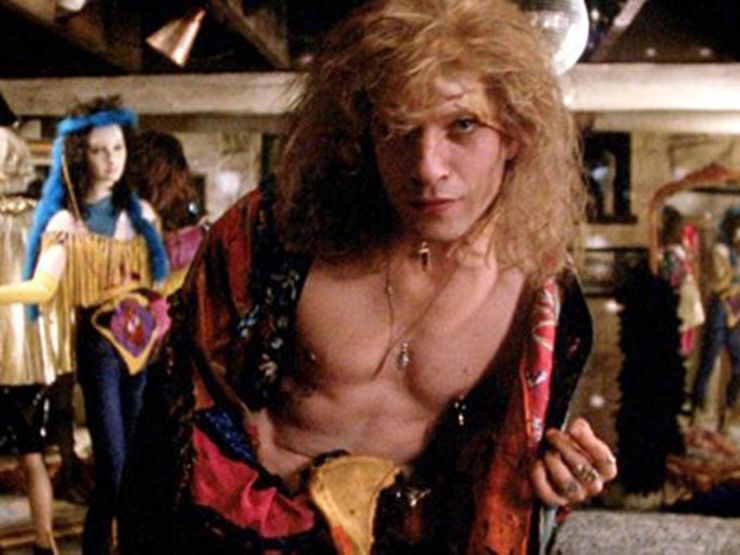 Definitely FALSE. This myth caught on like wildfire after the movie The Silence of the Lambs was released. There is a scene where Buffalo Bill dresses as a woman and dons a suit of human skin. He seems to be identifying as a woman and trying to literally create the flesh of a woman over his own male body. He even wears a wig and make-up.

But this was not what Ed Gein was doing. Gein admitted that he attempted to find women who reminded him of his mother. He then made a suit so that he could “crawl into her skin.” That was how much he missed her, and in his terribly misguided way, he was attempting to bring some semblance of Augusta Gein back to be with him–to comfort him.

Finally, as to the idea that Ed Gein killed many more women: I firmly believe that this is also FALSE. When Ed Gein resorted to murder, he chose women who were high profile in a tiny community (the only bar owner, and the woman who ran the only hardware store). This speaks not only to Gein’s level of intellectual functioning (low to borderline), but to his level of organization and socialization. In Mary Hogan’s case, he shot her in her place of business and dragged her outside the door. Unfortunately, no one happened to be there to witness it. In Bernice Worden’s case, he made a purchase, and decided to take her—leaving the receipt on the counter with his name on it. He was caught a day later. This, to me, means that Gein had very few friends or acquaintances and these were the only women he ran across regularly. It also speaks to the fact that he had very little “malice aforethought” because neither crime was really planned, and left much evidence in its wake.

Thus, I highly doubt that Ed Gein killed any other women. He simply wasn’t “together” enough to do so. In fact, Gein was diagnosed schizophrenic, and his mother Augusta likely was as well. He suffered delusions, hallucinations, obsessions, paranoia, and terrible depression. Since he had no real friends or social network, his mother’s death pushed him over a brink that he couldn’t come back from. Isolated in his cold, lonely, dilapidated Plainfield farmhouse, Gein was left to his own malignant and confused thoughts. Spiraling into a psychotic state, he knew nothing of how to reach out for help because his only support had left him. Instead he decided to do everything his demented mind could think of to bring that person back.

Again, this does not justify anything that Ed Gein did. But the next time you watch a horror film with a maniacal and difficult-to-catch villain who is “inspired by Gein,” look at the facts of the man’s life and realize that what you’re watching is more about the author’s evil mind than it is about his!

THIS STORY WAS FIRST PUBLISHED ON America’s Most Haunted.

The Walking Dead–Hilltop and the Value of Diplomacy