Lady in White: The Haunted Burial Grounds of Union Cemetery

They say she drifts among the tombstones in her diaphanous gown, searching for her dead son...

By Orrin Grey | Published May 18, 2016
Related: 9 FAMOUS FEMALE GHOSTS FROM AROUND THE WORLD

The burial ground earned its haunted reputation thanks in no small part to the efforts of Ed and Lorraine Warren. The self-taught demonologists are best known as the paranormal investigators behind the Amityville Horror case; their exploits have inspired everything from The Conjuring to Annabelle and The Haunting in Connecticut. The Warrens conducted so many investigations at Union Cemetery, in fact, that it led their fifth book, Graveyard: True Hauntings from an Old New England Cemetery. 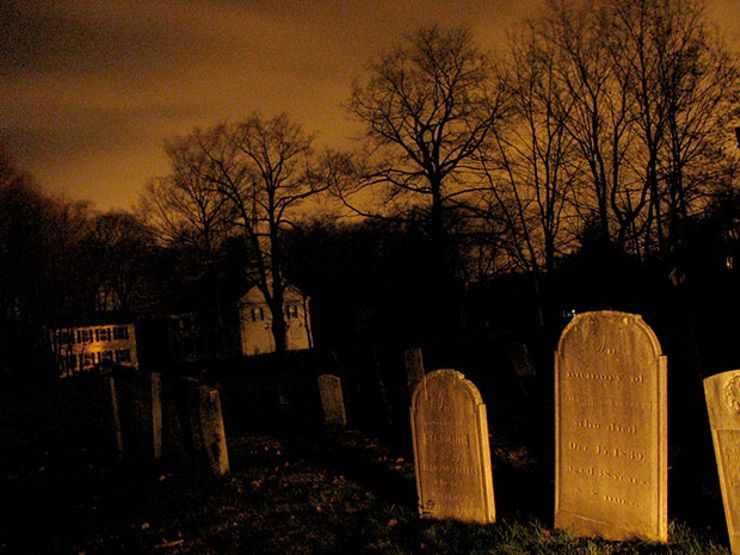 The duo’s interest in Union Cemetery and its alleged ghosts may stem in part from the fact that the burial ground rests just a few miles from their home and “Occult Museum” in nearby Monroe. In their book, Ed Warren claims that he managed to capture the graveyard’s famous White Lady on film.

That said, reports of paranormal encounters at Union Cemetery predate the Warrens by quite some time. The cemetery was founded in the early 1700s, at the junction of routes 136 and 59, near the old Easton Baptist Church. Visitors to the historic cemetery have reported everything from glowing orbs to rolling mist and rods of light. 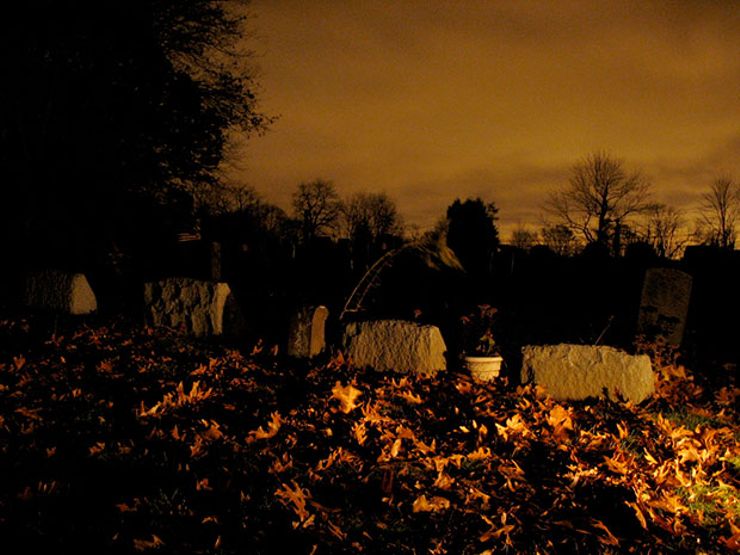 Then there are the cemetery’s resident apparitions. One well-known spectral tenant goes by the name of Red Eyes. Red Eyes is said to appear as a pair of glowing crimson eyes hovering in the air. To whom or what those eyes are attached remains unknown.

Encounters with the White Lady are no less chilling. She is sometimes seen drifting among the tombstones, or resting forlornly on one of the graves. She also has a reputation for materializing before passing motorists, only to vanish once the car strikes her. Reports of drivers who believe they ran over a woman, only to emerge from their vehicle and find no body, abound in the area.

As one would suspect, the White Lady appears in a long, diaphanous gown with flowing black hair. Some say her outfit is a wedding dress. Beyond that, however, not much is known about her. 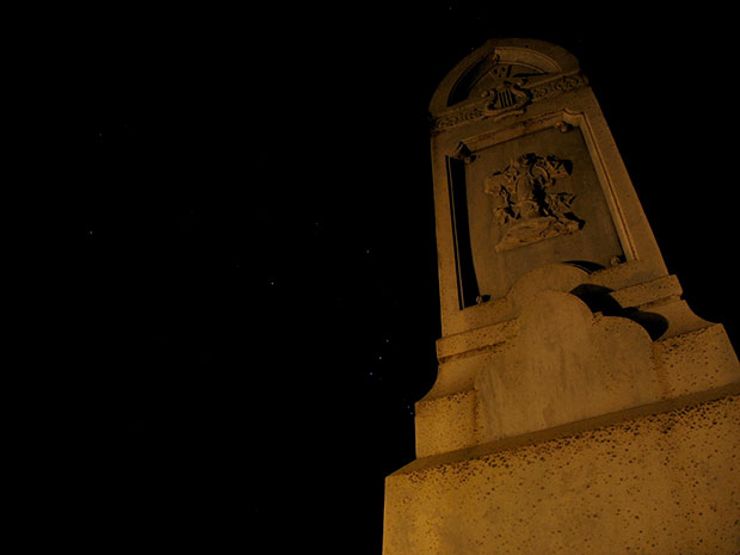 Numerous stories have surfaced that seek to explain her identity. Some say she was a woman who murdered her husband and was later killed. Another story states that the White Lady was murdered at the turn of the 20th century, her body dumped into a sinkhole behind the Easton Church. Perhaps the most popular variation, however, holds that the White Lady is in fact the spirit of Harriet B. Seeley. Seeley’s gravestone is in the cemetery, and says that she was preceded in death by a son, who perished in 1853. According to these stories, the White Lady is Seeley’s ghost, who roams the cemetery in search of her dead child.

Whatever her origins, sightings of the White Lady date back to at least the 1940s. Paranormal investigators and legend trippers have flocked to Union Cemetery ever since—though if you make a nighttime trip today you’re more likely to run into a police officer than a restless spirit. Even those who fail to see the White Lady still report strange lights and sudden fluctuations in temperature, and maintain that an eerie aura hangs the air.