Stephen King's story is about to return.

Something is out there and it's coming for you. 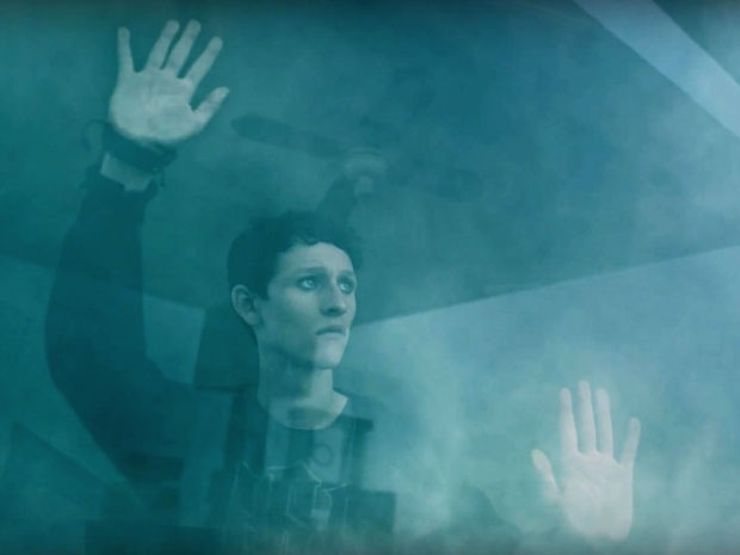 Under what circumstances should you re-interpret a tale by Stephen King?

The answer is simple: You should adapt the master’s work when you have something new to contribute to his nightmare.

From the look of this just-released trailer, Spike seems to have gotten it right. The channel is adapting King’s novella The Mist—originally published in the collection Skeleton Crew—as a TV show, set to premiere on June 22. Check out the creepy trailer below:

The Mist was, of course, turned into a movie in 2007. The story follows a group of strangers, who must barricade themselves in a grocery store after a monstrous mist—it is, quite literally, full of monsters—engulfs their town. Just as dangerous as the monsters lurking outside the building is the potential for the humans inside the building to turn on each other. It is this precise element—the deeply psychological quality of the story—that show creator Christian Torpe capitalized on to set this interpretation apart.

“For him, The Mist is a psychological thriller, with monsters thrown in to stir emotions,” writes Entertainment Weekly in an interview with Torpe. The show’s tagline, “Fear. Human. Nature”, further promotes this retelling of The Mist as a “horrors of human nature” story, with the supernatural horror elements serving mainly as plot device.

In other changes, instead of the grocery store, the action “will be spread out over several lockdown locations, including a church and a mall where hundreds have holed up against the monsters.”

We are intrigued, and we are for it. At the very worst, it’ll tide us over until the other major Stephen King re-adaptation of 2017, It, this fall.

Want more scary television? Sign up for The Lineup’s newsletter, and get the freakiest shows delivered straight to your inbox.

Still from "The Mist" via Spike