Secret in the Streets

For decades, strange plaques called Toynbee tiles have appeared like crop circles throughout the cities of the world.

The next time you’re standing at the corner of a busy city street, look down – you just may spot a mysterious message emblazoned in the asphalt:

For decades, these strange plaques have appeared like crop circles throughout the cities of the world. They’re known as Toynbee tiles and while numerous conspiracy theories exist, the truth behind the markers remains a mystery.

Sightings of the tiles date back to the 80s and the first official report occurred in 1994, when a journalist for The Baltimore Sun described several strange markers etched into the intersections of downtown Baltimore. Since then, the shoebox-sized linoleum plaques – which are literally baked into the street using tar paper and the pressure of traffic – have popped up in Boston, New York, San Francisco, Topeka, even Buenos Aires and Santiago, Chile.

Just where do these messages come from? What do they mean?

A 2011 documentary called Resurrect Dead traces the Toynbee phenomenon to Philadelphia, a city with an unusually high number of tiles. According to the film, in 1983, The Philadelphia Inquirer got a phone call from an anonymous source, claiming the dead could be resurrected and live forever on planet Jupiter. Whether the caller was the first person to create the tiles remains uncertain.

But whoever is behind the cryptic messages, they show no signs of stopping. A tile was discovered in New York as recently as August of 2014. While the science may be out on an interplanetary hereafter, the mysterious mind behind the Toynbee tiles certainly found eternal life in the streets of the city.

Uncover the secret with these Toynbee tile snapshots from around the globe: 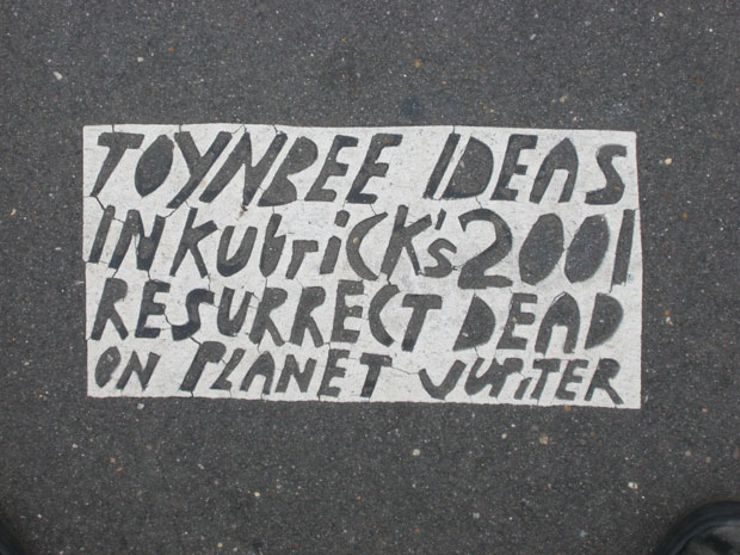 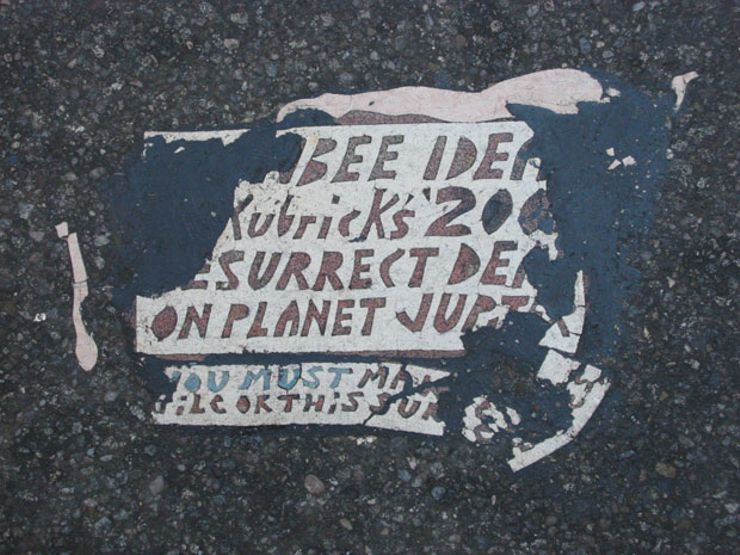 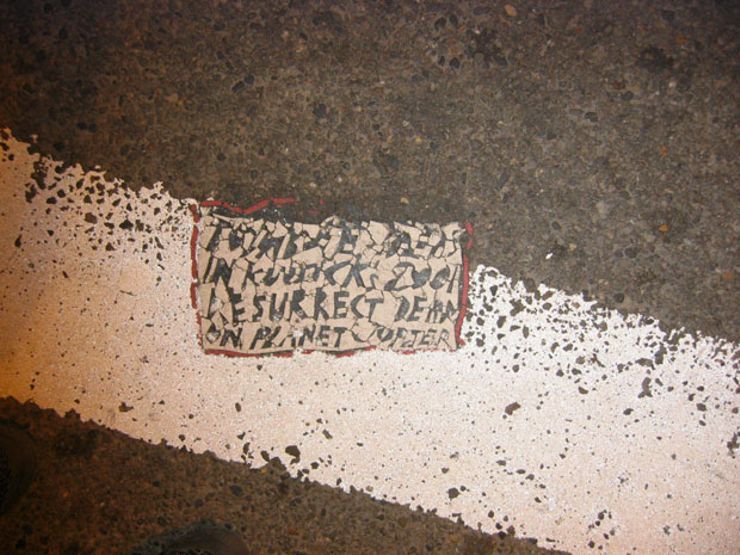 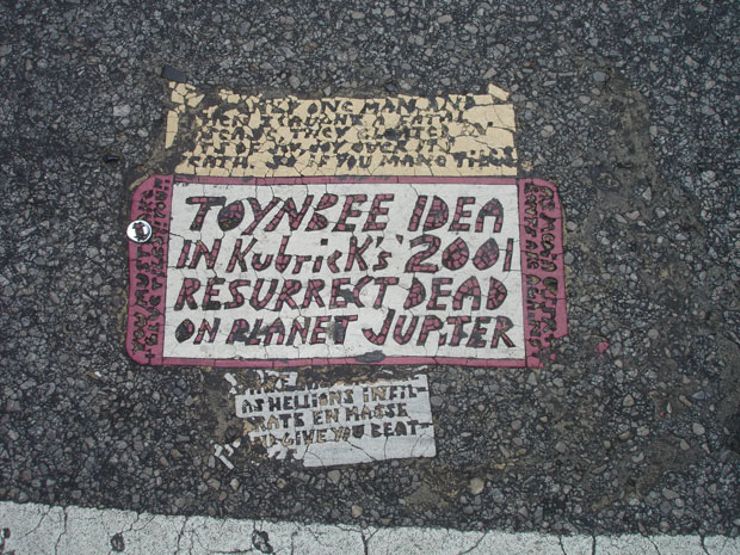 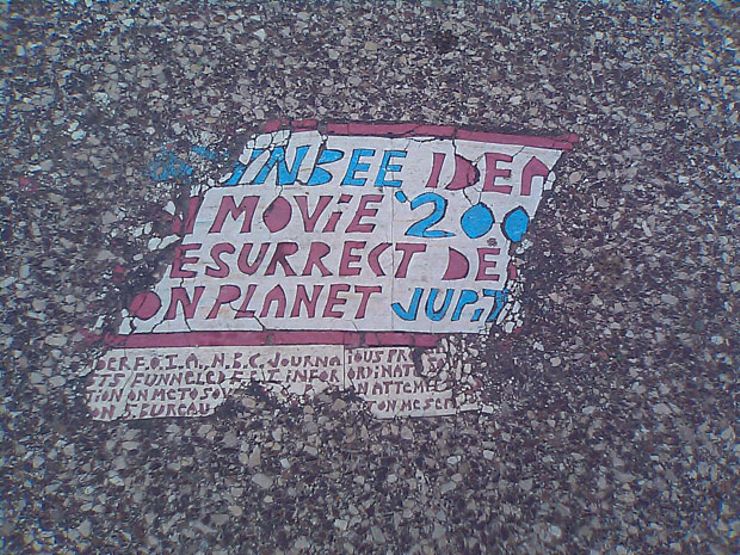 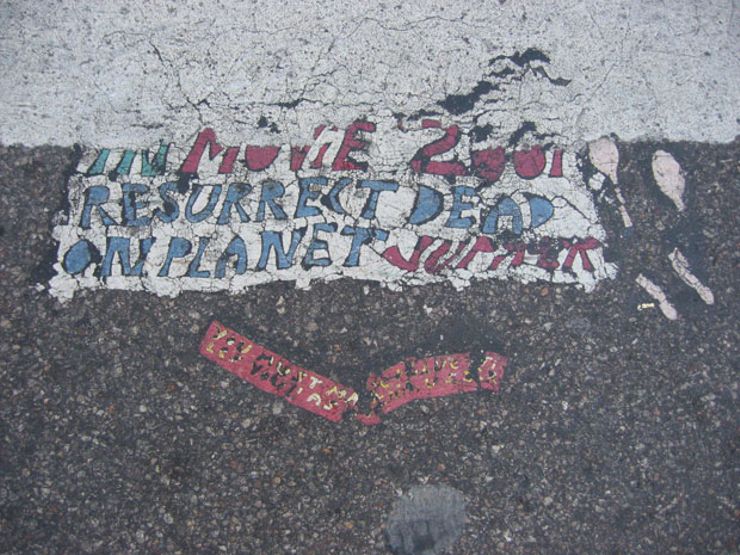 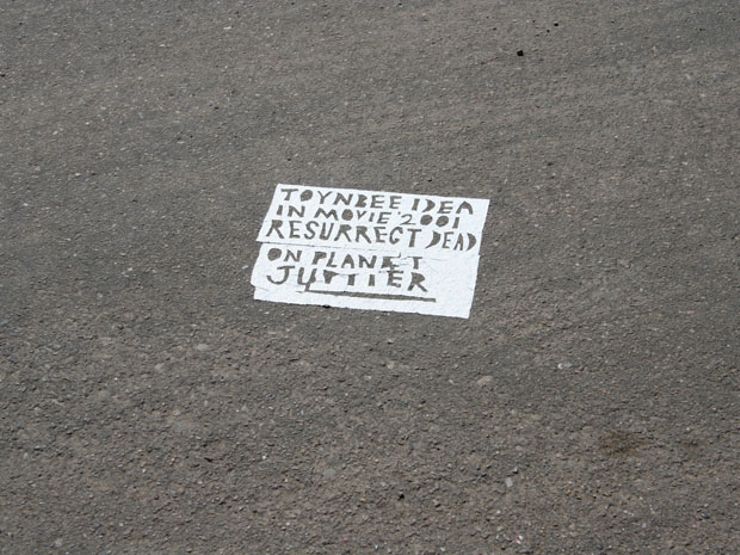 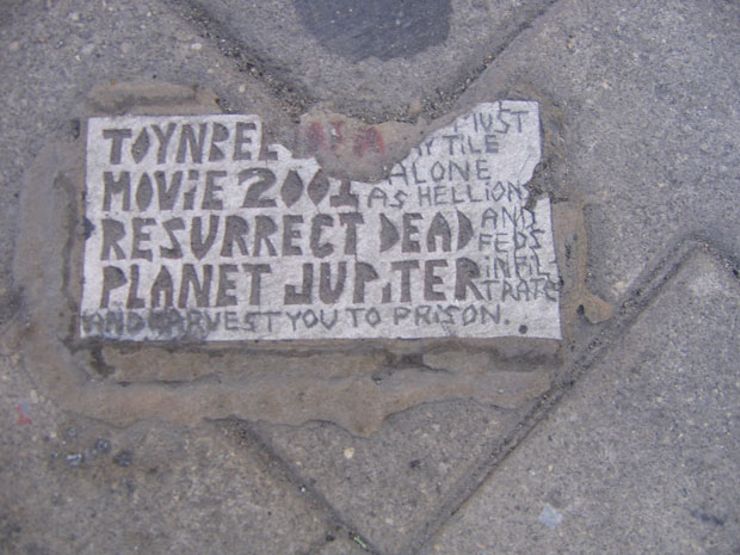 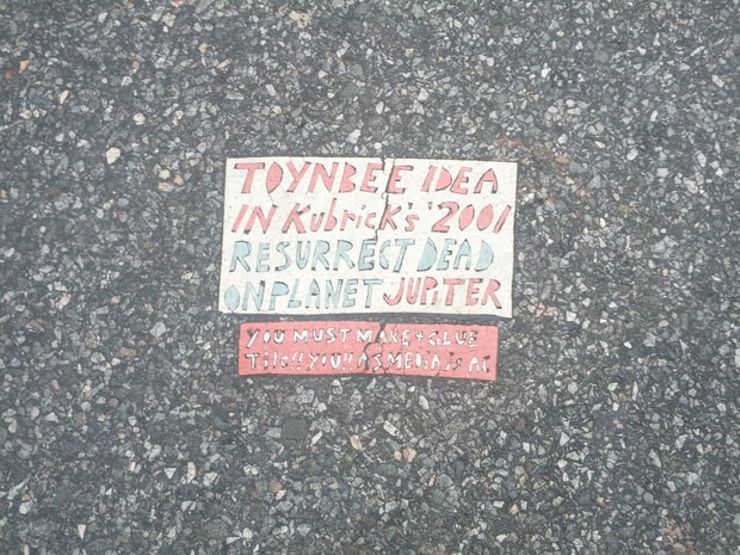 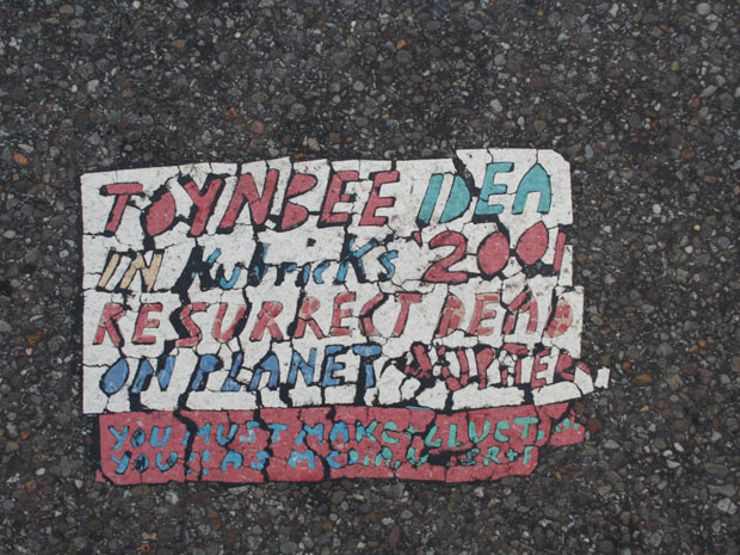 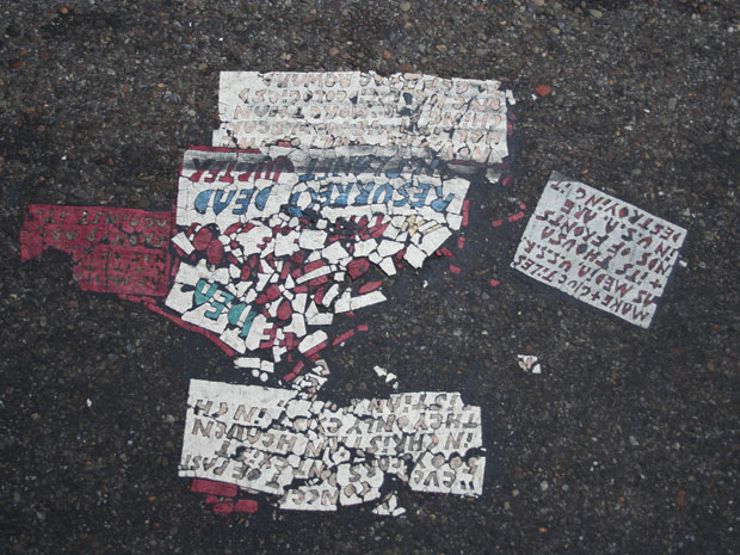 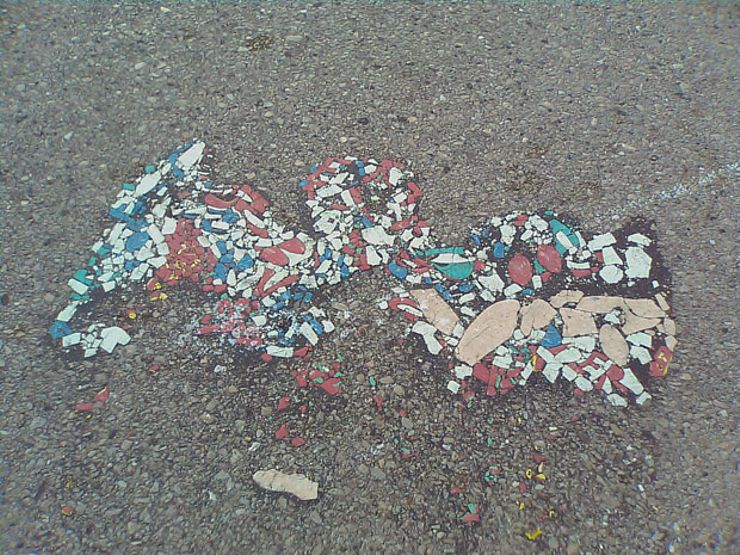 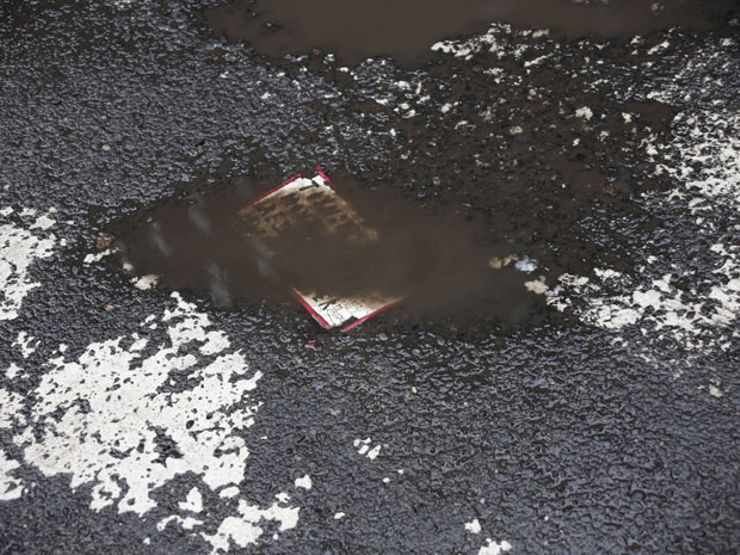