A Crimson Vision: The Red Lady of Huntingdon College

Be nice to the new girl, or she might come back to haunt you.

Huntingdon College, in Montgomery, Alabama, is said to be haunted by the ghost of not one, but two “Red Ladies.”

The first Red Lady appeared in the late 1800s, when the college was located in Tuskegee. Supposedly, a young woman, clad in a scarlet dress and bathed in a red light, wandered the halls of a dormitory late one night. She vanished the same night, and was never seen again.

The second Red Lady is said to be the ghost of a freshman girl who attended Huntingdon in the early 1900s, back when it was a single-sex school called Women’s College of Alabama.

Her name was Martha.

As the legend goes, no one wanted to room with the strange girl from New York, who was forced to attend Huntingdon against her wishes. Martha was cold and unfriendly. Unsurprisingly, she couldn’t keep a roommate. She lived in a dormitory known as Pratt Hall.

The dorm president decided to take the troubled student under her wing. She moved into Martha’s room, where everything was decorated in the color red, from her curtains, to her bedspread, to the clothes she wore. The arrangement, however, was short-lived; even the dorm president couldn’t stand sharing the space. So she decided to move out.

Martha came home as her soon-to-be ex-roommate packed her belongings. In a rage, Martha lashed out, accusing the dorm president of abandoning her, like all the others at Huntingdon. What’s more, Martha allegedly issued a curse, warning the president that she’d regret the day she left the room. 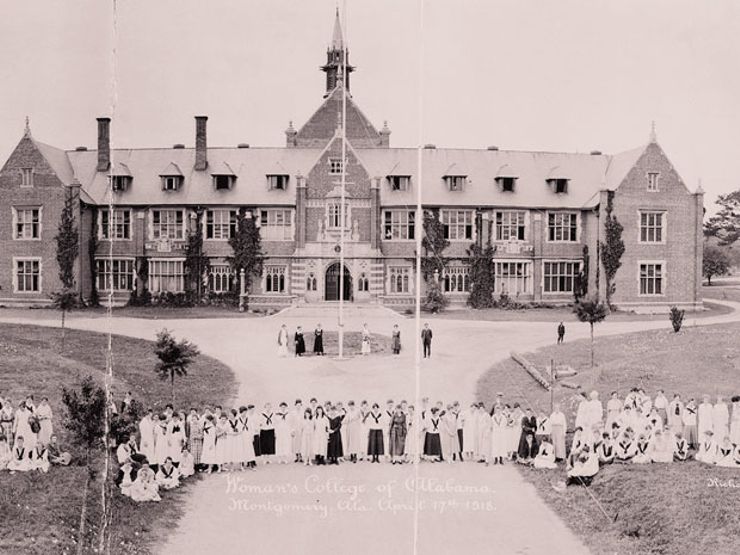 Martha’s strange behavior only escalated from there. She took to walking the dorm halls late at night, spooking her classmates by staring right through them, as if she were in a trance. After weeks of these odd midnight strolls, Martha stopped showing up for class. Then she stopped going to meals in the dorm cafeteria. Concerned, the dorm president went to Martha’s room to check on her.

Entering the room, she came upon a grisly sight: Martha had slashed her wrists, and was lying in a pool of blood atop her red bedspread.

Related: Ghost on the Staircase: the Brown Lady of Raynham Hall

Today, Pratt Hall is no longer a dorm. It serves as the University’s Department of Education and Psychology. But stunned students have reported strange activity on the fourth floor, where Martha once resided. They claim to have seen a red apparition walking up and down the hallway, even passing through solid walls and doors. Others have reported a ghastly red glow coming from underneath the door to the room that was Martha’s.

In death, Martha finally achieved the popularity she never had in life. The legend of her ghost is so famous that the university’s sororities host the yearly “Red Lady Run,” in which sorority girls paint their faces red and dash around the campus. 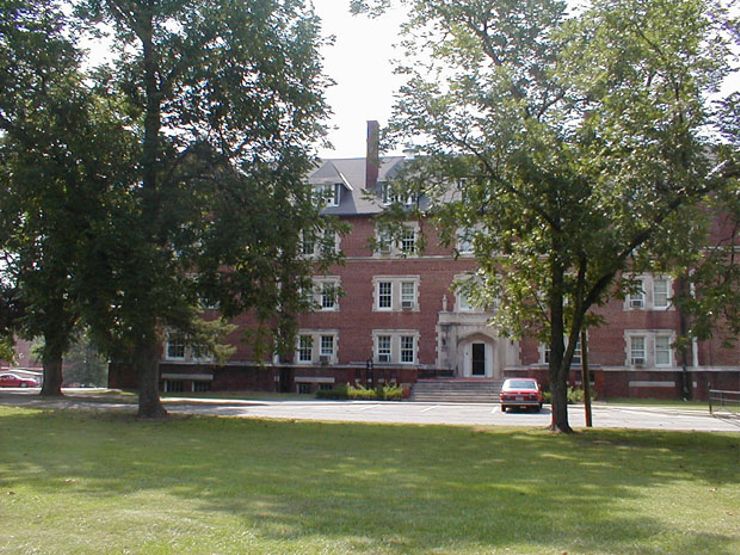 Let this be a cautionary tale to students everywhere: take extra care to befriend all of your peers. You never know when one might come back from the dead to haunt you.