The Professor and the Prostitute: A Lesson in Dead Body Disposal

After murdering his call-girl mistress, university professor William Douglas needed a genius plan to hide the evidence – and fast.

Love hurts … sometimes like a hammer repeatedly smashed to the head.

This was the case for 20-year-old student and call-girl Robin Benedict. Her client, William Douglas, was a professor at Tufts University School of Medicine, a suburban husband, and father of three … he also went from love-crazy to homicidal in the span of one afternoon.

The Professor and the Prostitute, the titular murder case in Linda Wolfe’s collection of true crime short stories, goes into the gory details about the deadly affair and Douglas’s struggle to dispose of his mistress’s lifeless body.

READ ON FOR AN EXCERPT AND THEN DOWNLOAD THE BOOK ON Amazon, Barnes & Noble, and iTunes. 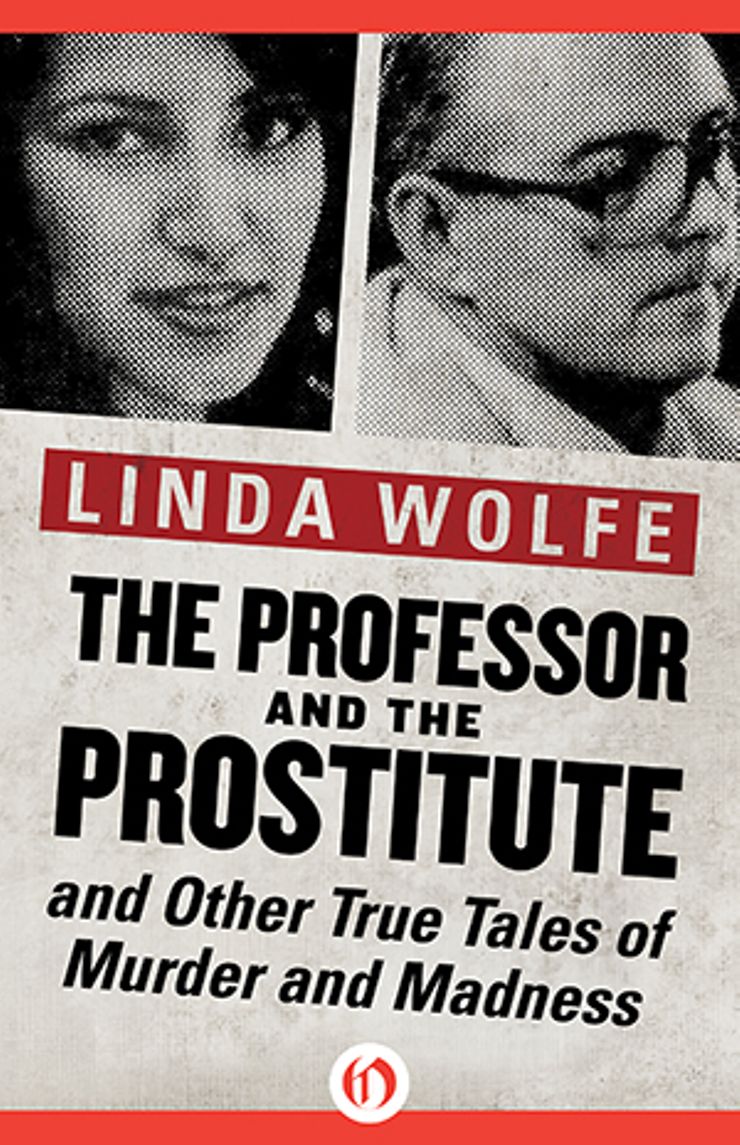 There was blood all over. Blood on the comforter on which Robin lay dead. Blood on the floor. Blood on the radiator behind the bed. It wasn’t a lot of blood, but it was splattered here and there throughout the room. Most of it was his own, from the wounds Robin had inflicted on him. She seemed hardly to be bleeding at all. Still, it was important that there be no blood in the house at all, none, not even his own. He ran back to the bathroom, grabbed the hand towels he had used to clean himself, and began wiping up the gore with them and stuffing them into the brown paper bag. Then he got dressed, putting on a warm ski jacket with huge, deep pockets and somehow managing to cram the brown bag full of towels into one of the pockets. Finally, he went over to the bed and, with Robin still lying in the middle of the comforter, began to pull the comforter and the blankets beneath it off the bed. He made a kind of cradle that way and, holding the four ends, rocked Robin’s body down the stairs and into the kitchen.

Now he was ready to leave. He would take her car, he decided. That way there would be no trace of her having been to his house. He went out to her car, but when he got inside, he couldn’t start it. The keys weren’t in the ignition, where she usually left them.

Back in the house, he began searching for them. Where had she put them? He looked in her pocketbook, but they weren’t there. He thrust his hands deep inside the dead girl’s pants pockets, but they weren’t there either. At last he forced himself to open the plastic bag and rummage through the pockets of her bloody corduroy jacket. He found the keys.

Going outside, he backed the car up to the deck, which was adjacent to the kitchen, and returning inside, dragged the body, still swaddled in the quilt, out of doors. The Christmas tree he and Nancy had gotten for the children in December had been discarded out on the deck, and the planks were slippery with pine needles. He pulled the comforter through the needles and hefted it into the hatchback. 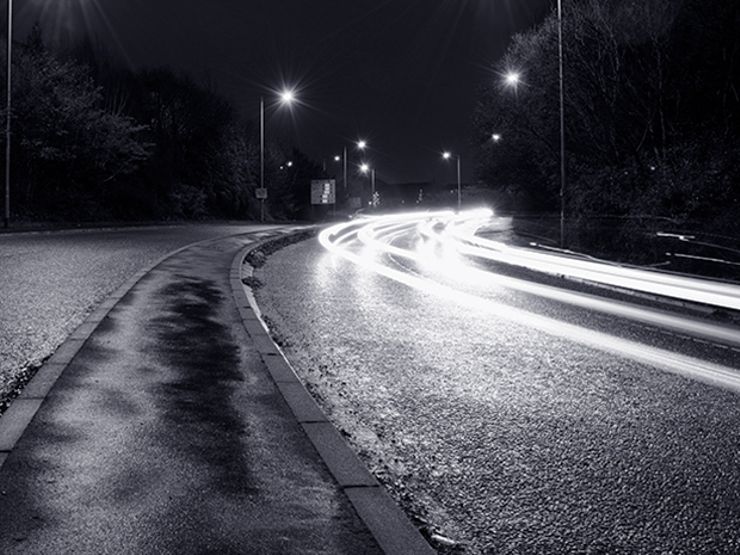 The town was silent, its crescents and side streets dark. He drove for a while, taking back roads, then realized he didn’t really know how to get rid of Robin, how to get rid of her remains. He pulled over and sat motionless, worrying the problem over and over in his head. And just then—or so he was to say—he remembered the call he had made to her answering service, the call about the party at Joe’s in Charlestown. If he telephoned the answering service now and left a message from Robin for J.R., one that indicated she’d gone to the party, it would give him time. J.R. would believe that Robin was in Charlestown, at the all-night celebration, and wouldn’t worry about her. The thought spurred him on and he started the car, drove to a nearby shopping mall, and placed the call. The voice in which he spoke to the answering service was pitched high and sultry, a girl’s voice.

After that, still with no clear idea of what he was going to do, he started driving south on I-95. But as he drove, he kept thinking that some of Robin’s associates might have known she was going to his house. Suppose they came looking for her? Suppose they were already there? Nervous, he stopped the car at a rest area on the road and telephoned Nancy. “Is there anyone there?” he demanded. “Were there any calls?”

Related: 5 BEST TRUE CRIME BOOKS THAT WILL GIVE YOU NIGHT TERRORS

Nancy said she’d just walked in the door and asked where he was. He didn’t tell her. He just said, “I have a problem and I’ll tell you about it later,” then hung up abruptly. But moments later he realized he’d forgotten to instruct her to lock all the doors. He called her back and directed her to do so. He used his credit card to make both those calls.

Then, standing there after he’d hung up again, he noticed that the rest area was replete with garbage barrels and dumpsters. Maybe he could get rid of the plastic bag with the bloodied clothes and hammer in one of them. It was a great idea, he thought. But there were several cars and tractor-trailers parked at the rest area. Some of them had their lights on. Most likely the drivers weren’t sleeping. They might notice him. Frustrated, he got back into the car and, making a U-turn, began driving north.

In a few minutes, a sign for another rest area appeared. He pulled over. This rest stop was deserted. Moving quickly, he opened the Toyota’s hatch, removed the plastic bag, and heaved it into a trash barrel.

Back in the car and continuing north, he thought briefly, and for the first time since he had killed Robin, that perhaps he ought to confess. After all, the killing hadn’t been entirely unprovoked. After all, she’d been trying to extort money from him. And she’d hit him with the hammer. He had deep wounds to prove it. The police might feel some sympathy for him. Detective Dwyer might. He decided that he would drive into Boston and turn Robin’s body and himself over to Dwyer. But when he reached the city, he knew he couldn’t do it. No one would understand. So he just kept driving. After a while he came to a gas station and filled up the tank of the Toyota. He credited the purchase to his own registration number, not Robin’s. 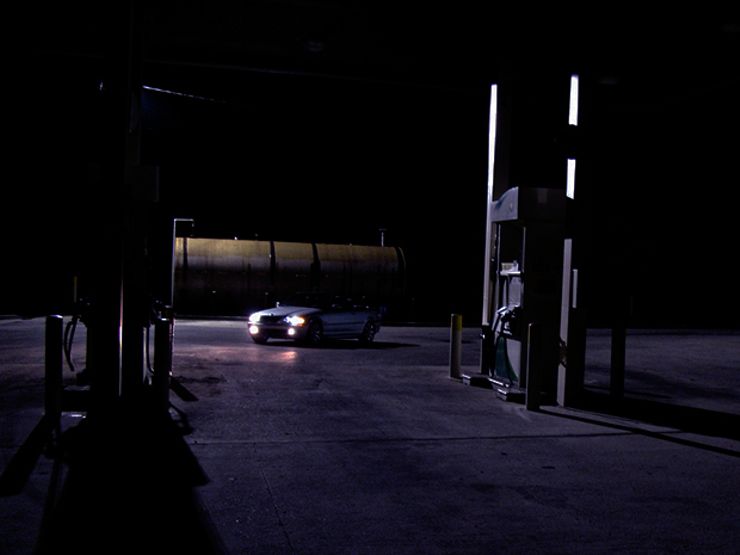 Later, passing the Boston train station, he got out and telephoned Nancy again, once more demanding to know if anyone had been to the house and whether she and the kids were all right. Nancy wanted to know what was going on, but he wouldn’t tell her.

He drove some more. He drove right through the Combat Zone, where he had first met Robin, and along Commonwealth Avenue, where he had once broken into her apartment. Eventually he came to Brookline, and there, on a quiet residential street, he saw a garbage dumpster and decided to put her body into it.

His mind made up, he got out of the car, went around to the back, and started to haul her out. Suddenly, he jumped. The body was making a noise. It was not a breath but a sort of eerie sound, the sound of the residual air in her lungs being expelled. It was a sound he would never forget.

Related: MURDER AND DISMEMBERMENT IN THE MOTOR CITY

Nor would he ever forget, he said, the way, at precisely the same moment, a light came on in a house close to where he was standing. Petrified, he banged down the door of the hatchback and, keeping Robin’s body inside, got back in the car and started driving again.

He drove for hours. At one point during the night he found himself in Pawtucket, Rhode Island, and stopped for a cup of coffee at a Howard Johnson’s. Then he made his way from Pawtucket to Providence. There, he left the highway and came to a large housing complex and shopping center. He saw a big supermarket, a Radio Shack, a Rhode Island blood bank, and lots of dumpsters. The sun was starting to come up. It was now or never. He got out of the car and, removing several bags of garbage from a loaded dumpster, made room for his own discards. Then, seizing the bloody comforter, blankets, and Robin’s body, he shoved them into the trash. He was done with her now.

WANT TO KEEP READING? DOWNLOAD The Professor and the Prostitute: And Other True Tales of Murder and Madness on Amazon, Barnes & Noble, and iTunes.