The Haunting of Hotel del Coronado

In 1892, young Kate Morgan checked into the Hotel del Coronado. Little did she know, her spirit would never leave.

When the Hotel del Coronado opened in 1888, it was the largest resort hotel in the world. The visionaries behind the luxurious holiday site, Elisha Babcock and Hampton L. Story, had achieved their dream: a hotel/resort that would be the talk of the Western world.

The hotel is located in the city of Coronado, which is situated just across the San Diego Bay from the city of San Diego, California. The seven-story, 680-room resort saw many firsts, including being the first hotel to be fitted with electric lighting. Thomas Edison himself oversaw the installation, which ran through the gas pipes. A little bit dodgy-sounding perhaps, but Edison knew what he was doing. If the power failed, gas could be pumped through the lines and ignited to illuminate the rooms.

Related: The Most Haunted Hotel in Every State

The Del has hosted many notable guests, including 15 U.S. presidents. England’s Prince of Wales stayed there in 1920, where it is said he met Wallis Spencer Simpson—the women he later married when he was King Edward VIII, and subsequently gave up the throne for.

The hotel also became the “playground” for many Hollywood stars. Marilyn Monroe, Charlie Chaplin, Jack Lemon, and Humphrey Bogart are just a few of the A-list names that the hotel can boast on its guest list. 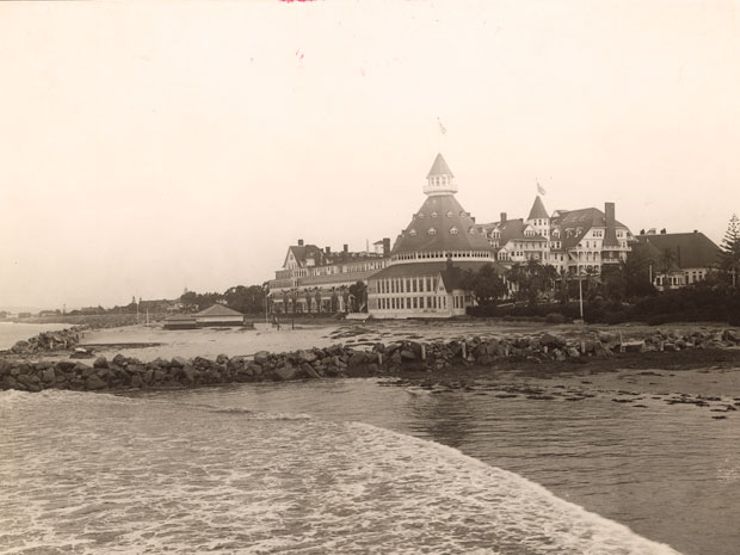 As one can expect, the place was always swarming with media and reporters, all hoping to crack a new story for the various papers, magazines, and tabloids. In 1892, they got just that, when an apparent suicide took place.

On November 29, a woman’s body was found on the steps leading down to the beach. She had what appeared to be a self-inflicted gunshot wound to her head. Hotel staff recognized the lady as having checked in five days prior, on Thanksgiving evening. She appeared to be unhappy and unwell, and she told staff that she was awaiting the arrival of her brother, who was a doctor.

The police searched the room the woman had checked into and found no personal belongings. The only item they had to identify her was the name she used to check in: Lottie A. Bernard.

Related: 8 Famous Ghosts You Have to See to Believe

This beautiful stranger soon made it to the media headlines, as the police recruited reporters and media channels to help them with the case. A sketch and brief description was sent out, and soon a real name was given to the body: Kate Morgan, aged 24.

Kate was from Iowa, and was married to Tom Morgan, a rural mail courier. On the day Kate had checked into the hotel, she had been seen on a train, arguing with a man. This was thought to be her husband, Tom; however, the man got off the train before San Diego. Kate continued up to the hotel and checked in under a false name.

There are many theories as to why Kate used an assumed name, with one of the more popular being as follows. Kate Morgan and her husband Tom had a scam going. Traveling under false identities (Kate as Lottie Bernard and Tom as Dr. Anderson), Kate would seduce men and otherwise get men interested in her. 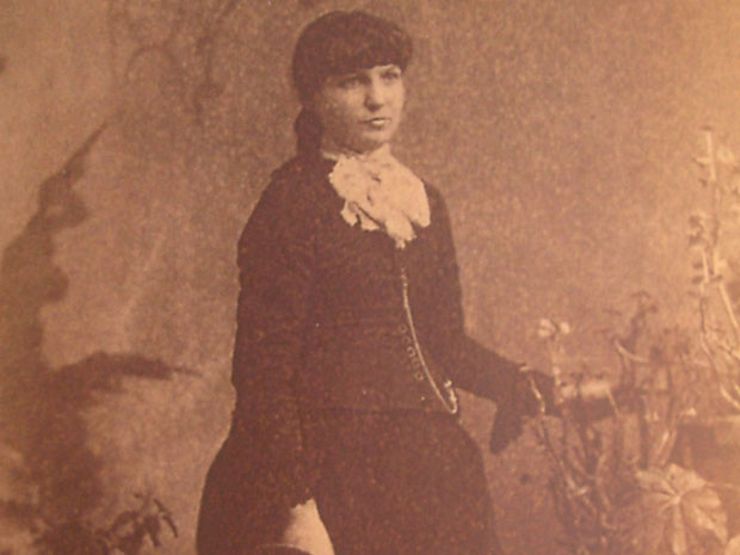 Kate would then inform the smitten gentlemen that if they should want to court her, they would have to have the approval of her brother, and this could only be done over a game of poker. Tom  was meant to have been quite  a dab hand at the gambling  game, and once he had won  the money from the hapless  victim, he and Kate would  disappear into the night, ready for another victim.

This scenario seems to fit in with staff reports that the lady was waiting for her brother, who was a doctor. In reality, Kate Morgan had no doctor brother.

After a long period of swindling people out of their money, Kate wanted to settle down. She believed they now had enough money to make an honest life, and also, she was pregnant. Tom was not so thrilled with the idea, and soon, rather brazenly, spent all their money so the scam would have to go on.

He was also not too thrilled that his wife was pregnant, and it was on the train heading to San Diego that Thanksgiving evening when he had found out this news. After an argument, Tom got off the train early, and Kate finished the ride on her own.

She arrived at the Hotel del Coronado without luggage and looking a little worse for wear. She went up to her room and sank into a depression. Kate purchased a bottle of quinine and self-administered it in the hopes of aborting the pregnancy. Later on she bought the gun and committed suicide on the steps as she looked out over the ocean. She was just 24 years of age. Or so the theory goes. 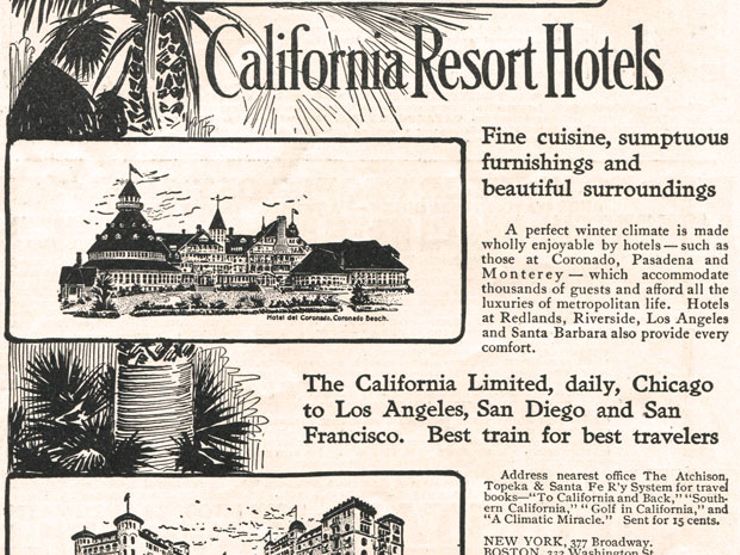 The other theory follows a similar storyline, but Kate was in fact murdered by her husband, Tom Morgan. An investigation into her death, nearly a century after her body was found, concluded that the bullet that had entered her head could not have been fired from her gun.

The hauntings of the Del are said to have begun almost straight away. For those who stay in Kate’s room (304, then 3318, and now finally 3327), you may experience some of the inexplicable happenings.

Related: 16 Most Haunted B&Bs in America

The lights will flicker before turning on or off, and on more than one occasion, people have reported objects moving of their own accord. The curtains blow in the wind, although the windows are closed, and disembodied footsteps can be heard through the room and the hallway.

Others say they have seen Kate herself, making that last traverse down the hallway and out the doors to the spot where she died over a century ago. At first, the owners of the hotel did not believe the ghost stories, but when staff reported strange events and the patrons started to get wary of the room, they took it a little more seriously.

These days Kate’s room is booked well in advance. Thrill seekers, investigators, and reporters all want a chance to experience Kate Morgan’s ghost. 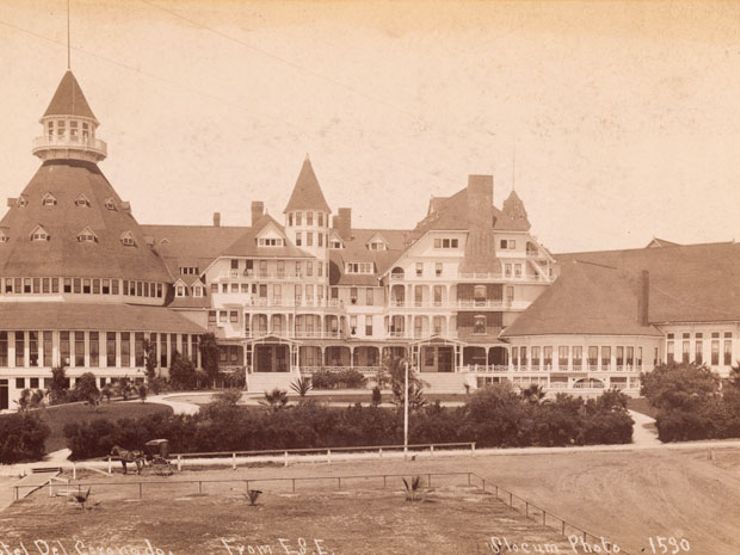