Beware the Ghosts of The Grove

On a quiet street in Texas sits the most haunted home in the Lone Star State.

From the outside, The Grove, a one-story Greek Revival-meets-French Creole charmer in Jefferson, Texas, screams Southern hospitality. However, the home’s long history of paranormal activity tells a different tale—earning it the nickname of the most haunted place in the Lone Star State.

Though the house, which is rumored to be located in an area where many murders took place, dates back to 1861, the paranormal activity seems to originate with Miss Louise Young. An educator in Jefferson, Young lived her entire life at The Grove, from the early 1900s until her death in 1983 at the age of 96.

RELATED: THE WHALEY HOUSE: THE MOST HAUNTED HOME IN AMERICA

Young cheekily referred to the uninvited in her home as “haints.” But as years passed, she grew frightened by the dark figures floating through her home. She had the doors bolted with heavy-duty locks, lit her yard with security lights, and repeatedly called the cops on intruders that never left a trace. Eventually, she nested in only a few rooms of the home and left the rest of the property to deteriorate. 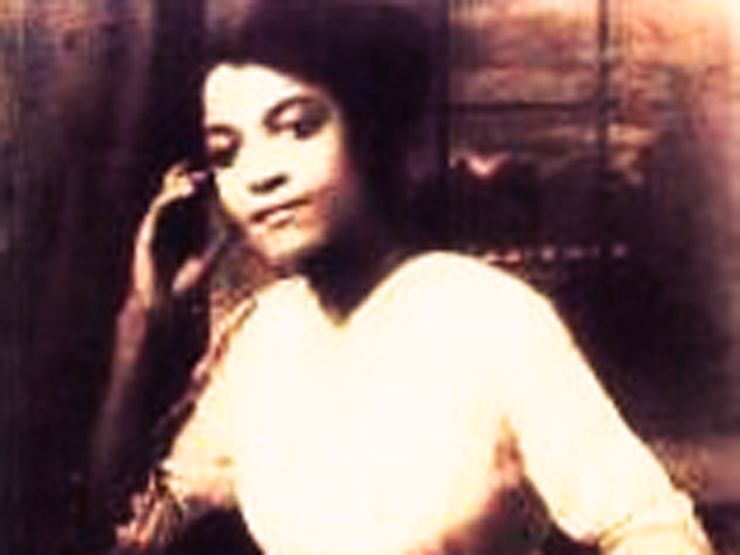 A photo of Louise Young

Next came the Grove family, who moved into the home following Young’s death in 1983—their name is merely a coincidence. As the story goes, the Groves purchased the home after Young’s passing and began the initial cleanup, but sickness in the family forced them to surrender the house back to the market.

You could go with that explanation of their departure. But we prefer Mrs. Grove’s version. One night before bed, she planned on having a one-on-one with the good book, but she fell asleep. Later she awoke to disembodied voices and footsteps, figures moving around, and a giant black mass hovering above her. Whether her encounter was real or a nightmare, the Groves fled their Jefferson home shortly thereafter.

Such an experience begs the question: Just who are the spirits haunting The Grove? One of the most famous eternal residents is a Lady in White. Her spectral presence is often associated with Patrick Hopkins, a chef who purchased The Grove in 1990 under mysterious circumstances. 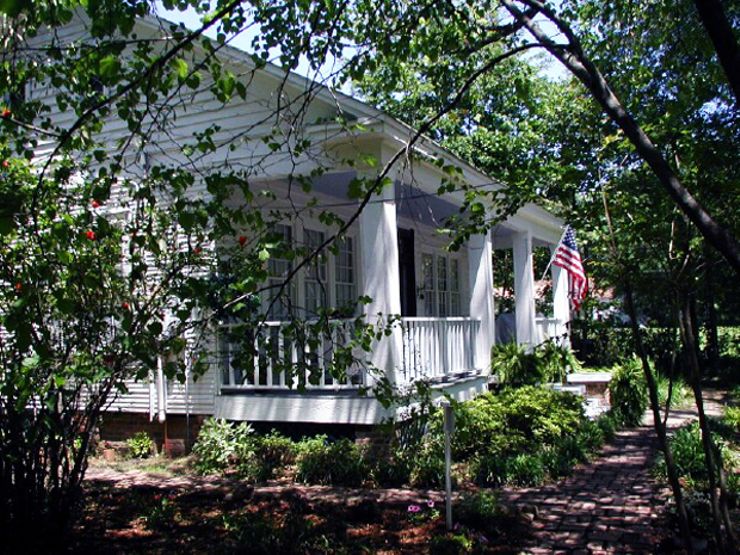 An exterior view of the house (via The Grove)

On the verge of buying a property in Atlanta, Hopkins gave Jefferson, Texas one last look. Halfway down Moseley Street he heard a disembodied “Hey!” and found himself at the curb of a for-sale Greek Revival home. Enticed, he called the realtor, got his business partner and sister on board, and even came up with a name for their soon-to-open restaurant: The Grove. It’s a moniker that came to him before he found out the previous owners’ names were Mr. and Mrs. Grove (yet another coincidence).

Though warned of the property’s haunted history by Mrs. Grove, Hopkins pressed on, employing a crew to help renovate the space. It wasn’t long before they too sensed a dark force at work. One of the men described nightmares that woke him every night at 3 a.m. The visions were so intense that he couldn’t get back to sleep until dawn. The nightmare phenomenon afflicted Hopkins, his sister, and his nephew as well.

Then, the crew’s lead contractor, Billy Ford, came face to spooky face with the Lady in White. Ford claimed to have watched her grayish apparition disappear near the front of the house, an encounter he shared with Hopkins.

RELATED: 16 MOST HAUNTED B&BS IN AMERICA

Undeterred, Hopkins continued, eventually opening his restaurant. In 1993, there came another Lady in White sighting from an employee named Jennifer (last name unknown). She was working as The Grove’s dinner theater lighting technician when one night out on the porch, she felt a presence staring at her. Sure enough, it was the Lady in White, who then took off down the east side of the house. When Jennifer followed her, the Lady in White vanished into what looked like the side of the house. Apparently, a door once stood at the spot where the spirit vanished, opening onto the house’s Blue Room. 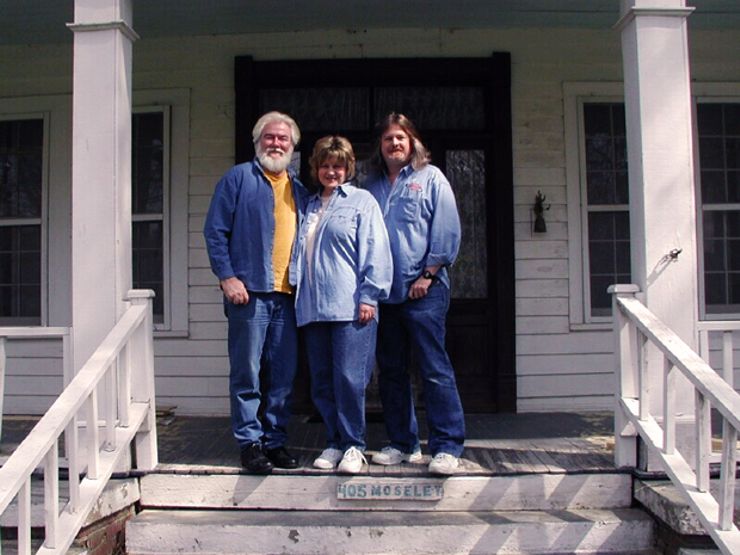 Eventually, Hopkins closed his restaurant and The Grove switched hands to Mitchel and Tami Whitington, who purchased the house in 2002. The couple—he an author and paranormal researcher, she a teacher at Jefferson High School—offer tours of The Grove, both historic and supernatural.

Guests might spot the Lady in White strolling the grounds, especially on the east side of the property. Strange odors, some pleasant (a woman’s perfume), others foul, hang in the halls. More recently, this supernatural presence has turned watery. Soppy footprints mark the hallway, while water droplets dot random mirrors and sprinkle the staircase.

If you visit, we recommend minding that watery staircase. Slip and you could join the ranks of ghosts who haunt the Grove.

Sign up for The Lineup's newsletter, and receive our eeriest investigations sent straight to your inbox.