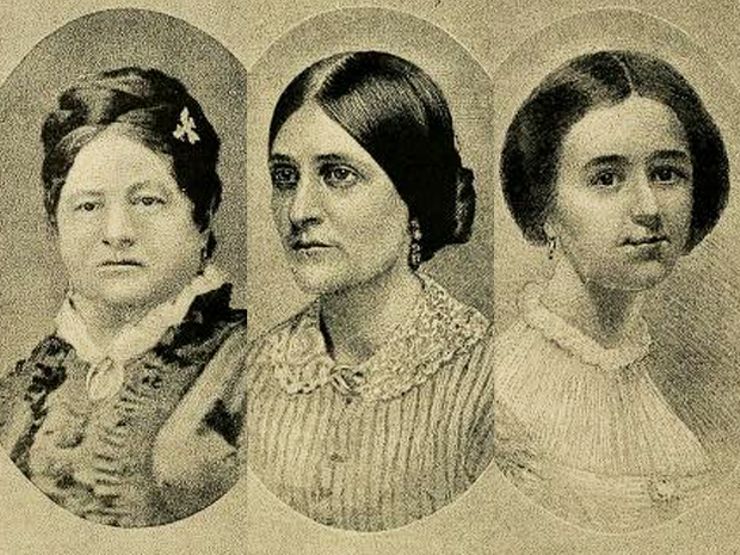 The world was introduced to spiritualism thanks to the Fox sisters, though just as quickly as these mysterious three young women came into favor in the 1800’s, they fell out. Their rise and fall all started with the strange “knocking” one claimed to hear in the family’s house.

Maggie and Kate Fox of New York State reported hearing noises in their house when they were still in their young teens. Their mother heard them, too. They started to commune with the spirit and their talent for the art was quickly established. They were sent to live with their much older sister Leah who helped them craft themselves into some of the first well-known spiritualists.

Their particular talent was in “knocking,” and drawing the spirits out so that they would knock answers. Three for yes. Two for no. Many people trusted and consulted with the Fox sisters over their years as spiritualists.

Though they became famous and worked with many well-known and prestigious people, they fell out of favor in later years after some controversy. They died alone and penniless, but their legacy lives on and has inspired millions of psychics and mediums through the years.

Related: American Seance: The Strange Visions of the Fox Sisters
THIS STORY WAS FIRST PUBLISHED ON The Hauntist.
READ MORE:
5 of The Best Holiday Haunted Tours To Check Out This Season
5 of the Creepiest Christmas Traditions From Around the World
A Geobox Is the Best Way to Communicate With Spirits