9 Must Read Horror Novels for the Heat of Summer

Chills so big they're better than AC.

We’re mere days into summer and already the weather is sweltering. It’s looking like a scorcher of a couple few months. Well, if you like your weather full of chills, there are tons of memorable page-turners that are just screaming for your attention. Sometimes the best way to combat the heat is to grab a cold drink, sit under some shade, and get lost in a novel.

We gathered up nine novels that’ll keep you cool in during the heat of summer.

If you’re looking for a heavy-hitter, you can’t go wrong with Dan Simmons’s epic novel, The Terror. Utilizing a bit of history, Simmons sets the stage for what became of Sir John Franklin’s final Arctic exploration before disappearing. The expedition in question involves two ships, the Erebus and the Terror, during a stint in May 1845. The ships headed out and were never heard from again. Simmons forms his narrative around the questions “why” and “how.” The crew aboard the ship undergo inclement weather, including the brutality of the Arctic cold, while trying to stave off starvation and death. The Terror is your antidote for those humid, miserable summer afternoons. 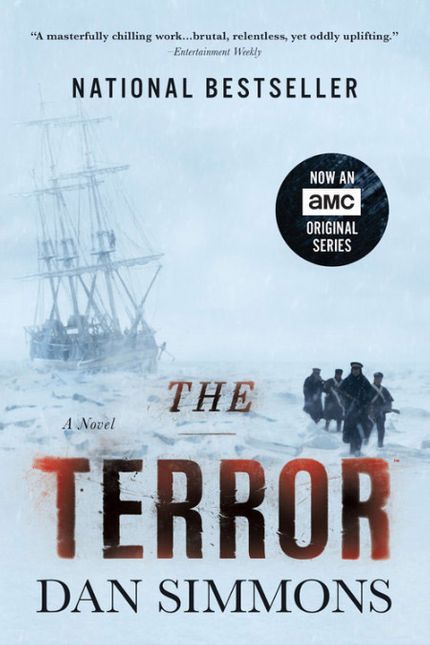 Searching for chills? Sign up for The Lineup's newsletter, and get terrifying recommendations delivered straight to your inbox.

Nevill’s thriller has gone on to become a Netflix production, but sometimes it’s better to get lost in the pages rather than the typical runtime of a movie. The setup for the novel is familiar, yet decidedly risky: four friends travel to the Scandinavian wilderness as a means of reconnecting, the aim to hike the Arctic Circle. It’s been years since their hiking and outdoorsy days and soon they find themselves lost in all that trenchant wilderness. When they discover an old house in all those woods, complete with odd traces of what looks to have been rituals, things get, you could say, weird and incredibly dark. Thankfully, Nevill has written a book that can transport you to all that wintry intensity without you having to even leave the house!

Related: 16 Scary Books That Will Make You (Even More) Terrified of Cabins in the Woods 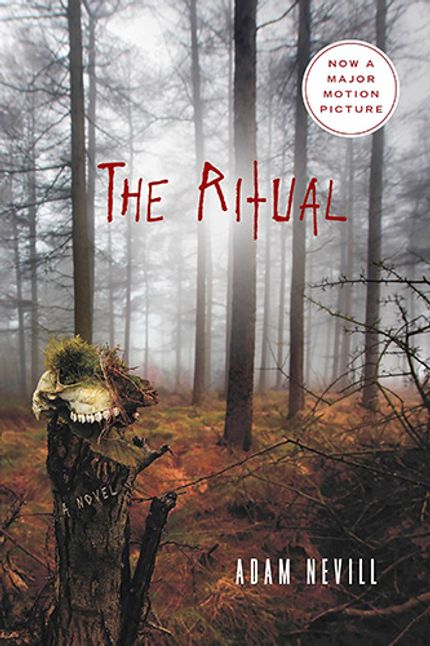 Among 2020’s standout horror novels, Jones really nails it with The Only Good Indians. Four friends did something bad ten years ago while out hunting. They stumbled upon a large herd of Elk, each aiming their rifles and shoots. One of the friends nails a pregnant doe, wounding her as she fights to protect her unborn child. They kill the doe point-blank and though feeling extremely guilty, they decide to bury it all and forget. Of course, nature doesn’t let you forget. The friends are all haunted by that night in various ways and Jones deftly weaves past and present through a narrative that continuously surprises. 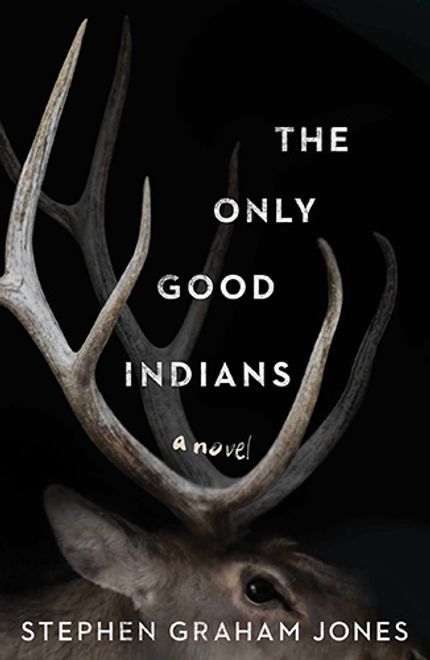 Jesmyn Ward has deservedly become a bit of a household name, known for daring fiction that blends genres and always contains surprises. Salvage the Bones is a prime example. The inclement weather in the novel is rain, and lots of it. Hurricane Katrina is set to drop and Esch, our protagonist, lives in Bois Sauvage, Mississippi, right in the hurricane’s projected path of destruction. Mighty winds and apocalyptically dark skies precede the doom that is set to befall her local community. Esch and her brothers switch into survival mode and stock up on provisions while her father seemingly wafts in his alcoholic daze. The novel is a brutal look at poverty and those uncontrollable aspects of our lives, moments when it feels like the universe is out to get you. 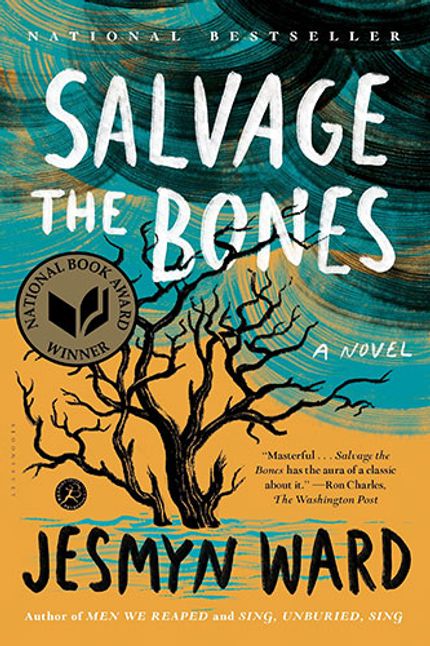 If you’re looking for a summer read that provides both nostalgia and some scares, Craig Davidson’s novel might just be the one for you. It has all the ingredients that made the classic Stand By Me so memorable—small town, lazy summer days, a group of young kids that don’t quite fit in with the popular crowd… and the unknown. Here we meet Jake Baker, who has become quite influenced by his crazy uncle Calvin with all his conspiracy theories. Jake is 12 and has an overactive imagination. Soon he decides to start up a ghost club called “Saturday Night Ghost Club” with two friends. Of course, this setup is made to be every bit a test for the kids as much as it becomes an adventure akin to the best coming-of-age tales. 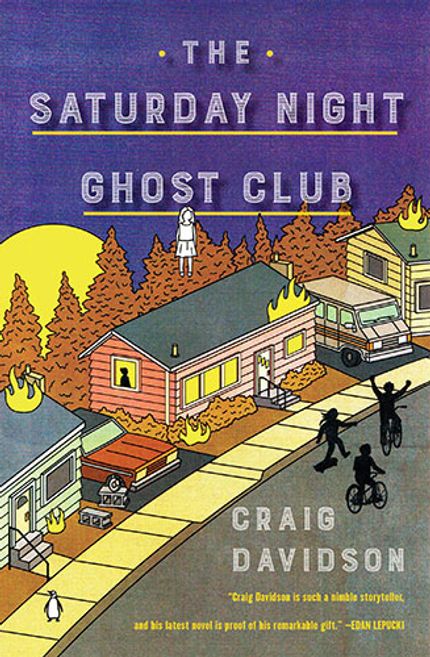 Searching for chills? Sign up for The Lineup's newsletter, and get terrifying recommendations delivered straight to your inbox.

Joyce has been around and back. A prolific writer, The Silent Land captures that horrible fear that anyone who’s been in the wilderness, surrounded by snow, perhaps skiing or hiking a mountain after a freshly fallen snow, takes to heart as the worst of all possible outcomes. In the novel, a married couple is skiing in the French Pyrenees when they are buried by an avalanche. In a would-be feat of strength and versatility, they dig themselves out; however, it seems post-avalanche the world did not. Everything is silent, cut off, dead. The chilling tale wears on as the couple begins to fear the worst. 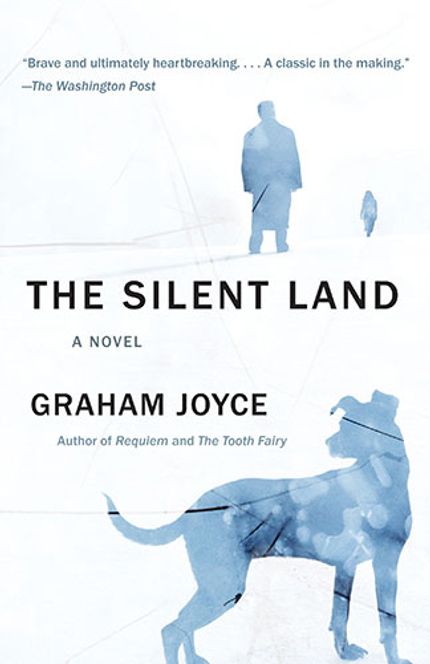 If you’re traveling during the summer, carrying any more than one book can get to be a hassle. That’s where story collections come in. You get a lineup of stellar stories all in one package. Among one of the best around is Ghost Summer by Tananarive Due. With stories that run the gamut of Afrofuturism, paranormal haunts, and other genre-bending ghostly scenarios, Due has written a collection that demonstrates the power of speculative fiction. The eponymously titled novella is a breathtaking story about a town brimming with ghosts but only the children can see them. In “Patient Zero,” Due succeeds in writing a compelling piece of pandemic fiction; and in one of the collection’s clear standouts, “The Knowing,” a woman deals with the deadly knowledge of knowing when everyone will die. 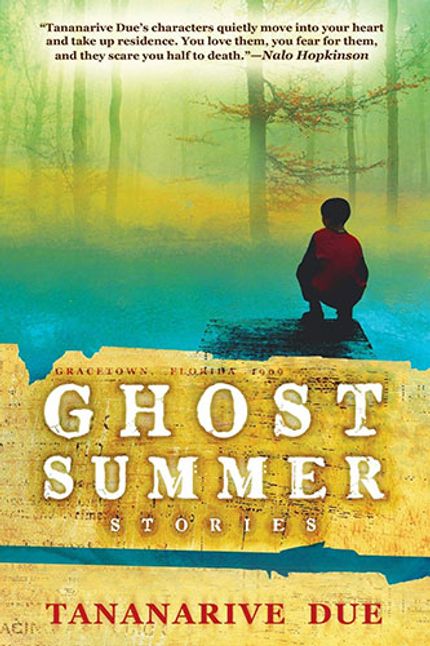 I wonder how Richard Laymon came up with this one. Maybe he got caught in a rainstorm while out on a walk, caught a cold, maybe his phone was damaged due to water damage, who knows. But yeah, this is one of those books with an irresistible premise: The rain turns people into violent maniacs. Bob Hanson is a police officer right at the center of an upswing in violent crime. Everything from people tied to goalposts at a local football field and then set on fire; friendly neighbors break down doors and thirst for blood; a line at a movie theater forms to slaughter people watching a movie inside. Laymon gives us one of those high-concept crazy novels that also happen to make for a real treat for when you're really feeling that heat of the summer, the humidity wearing you down, making you irritable, and all you want is a little rain. 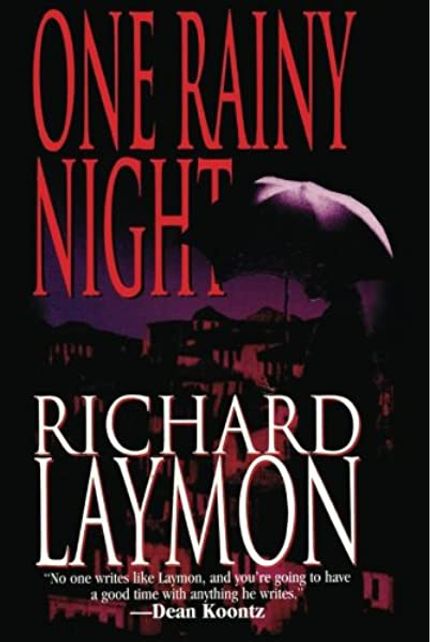 The zoo is often one of those places we go during a summer afternoon that’s both lazy and wide open to joyfully waste. Gin Phillips’s novel takes us into a situation that is as playful as it is mortifying. Joan is enjoying a relatively calm day at the zoo with her son when something happens—shooters enter the scene. Joan must protect her son at all costs as the hours mount while held captive in what, until that very moment, had always been a haven and sanctuary for mother and son. Phillips does a wonderful job of inverting the familiar while provoking the reader to ask, What would you do? 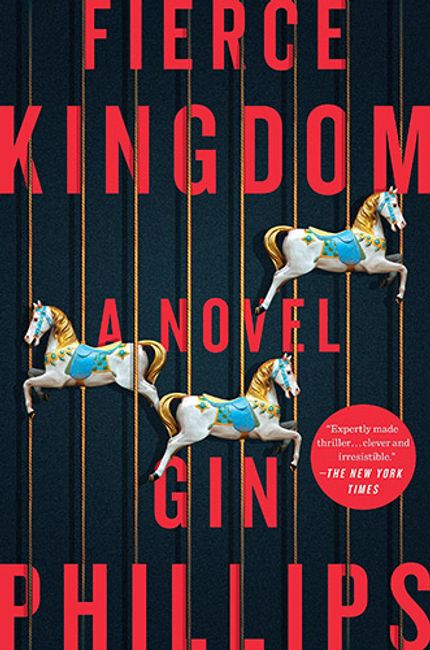