In The Murder Bird, Sam Waller searches for the truth.

When Sam Waller’s mother turns up dead in her own bathtub, she just can’t believe it.

Her mother, Kirsten, was an acclaimed poet who had been working on a new project when she died. Though her death looks like a suicide (she was found electrocuted in her bathtub), Sam knows something just doesn’t add up. Caught between her father, Davy, and her mother’s estranged husband, Raph, Sam doesn’t know who to trust. And when Kirsten’s journals and latest poem go missing, it’s up to Sam to find out what really happened.

Suspenseful and thrilling, Joanna Hines’ The Murder Bird will have you on the edge of your seat, looking for clues along with Sam to solve the mystery.

Read on for an excerpt from The Murder Bird then download the book. 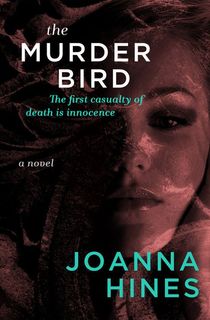 Here it came again. Sam clenched her fists. Each time she heard this story was like the first time all over again and Sam felt the ground of her old life falling away, nothing but black panic swirling round her heart.

Davy had gone into the cottage and called out Kirsten’s name. He hadn’t noticed the note lying on the kitchen table because wherever Kirsten was there were bits of paper lying around with scribbled notes towards poems. It would have been more surprising, he said, if there hadn’t been a note. He looked into the back room, then went out again into the garden and called her name a couple of times more. He thought she must have gone for a walk, but then something, he couldn’t say what it was exactly, had made him feel that things weren’t quite right, so he’d gone back into the cottage and called her name again—probably, he couldn’t be exactly sure about this. Then he went up the stairs. Looked into the bedroom. Noticed the bathroom door ajar, the extension cord stretched across the landing. Glanced in.

The extension cord was looped over the side of the bath. The little radio drowned into silence, its lethal work done.

There were photographs—no need for them to be shown again, not even ‘discreetly’—of what he’d seen there: Kirsten’s body slumped half in and half out of the bath, naked and contorted and dead … but Sam hadn’t seen them and her brain refused to picture it. She hated it all the more, knowing how shy Kirsten had always been about nakedness. Years of bohemian life had not been sufficient to erase the strict code in which she’d been reared.

And now Davy’s testimony had reached the puzzle of the switched-off plug.

‘In your statement at the time, Mr Boswin, you said that the appliance that caused Kirsten Waller’s death was switched off when you came into the cottage. Is that correct?’ asked the coroner.

‘But subsequently, you told the coroner’s officer that you may have switched it off yourself?’

‘Well, yes.’ He stopped. He was frowning as he went on, ‘I don’t remember exactly, but…what with the shock of seeing her like that…maybe I turned it off myself. Instinctively. Without even knowing that I was doing it.’

‘Is that likely?’ asked the coroner.

Want more chilling tales? Sign up for The Lineup's newsletter and receive our eeriest stories delivered straight to your inbox.

But Davy wasn’t meeting the coroner’s eye as he spoke and, almost imperceptibly, the sympathy that there’d been for him earlier was melting away. He wasn’t being hesitant any more; he looked like he was being evasive.

Sam felt a kind of sick familiarity as she watched her father struggling. Give him a small boat that needed getting back to harbour in a force nine gale, or a stone wall that had to be rebuilt double quick, and there was no one in the world more competent than Davy Boswin. But put him up against anyone in authority—tax inspectors, schoolteachers, even doctors—and his self-assurance vanished. Often his manner was downright shifty even when there was nothing at all to be shifty about. And now he was acting as though there’d been something suspicious in his actions after finding his ex-wife’s body.

There was silence in the little courtroom. A couple of people were fanning themselves with folded newspapers. Cars were audible through the open windows, but inside, all was hushed and waiting. The coroner had asked Davy something and he wasn’t answering. If the power supply that had ended Kirsten’s life had been switched off by the time the emergency services arrived, then obviously one of those first on the scene had done it. There was no need for him to look so guilty about it, as if he was being accused of having electrocuted her in the first place.

Davy started to speak, then coughed and cleared his throat. He glanced at Linda who had never taken her eyes off him for a moment. She was just two feet away from Sam, but it seemed like much further. Stout in her lemon-ruffled suit, she was sitting four-square on the bench, leaning forward slightly as though straining to hear what her husband was saying. Or as if she was getting ready to run away.

After a few moments, Davy nodded, almost imperceptibly, then turned his attention back to the coroner and said quietly, ‘Yes. I reckon that’s how it was.’

‘Thank you, Mr Boswin. You may step down.’