Will we ever know?

There are many things that Stephanie Crowe will never know. She’ll never know about the planes that hit the Twin Towers and the Pentagon. She’ll never know Y2K came and went with a whimper, or that COVID ground the world to a halt in early 2020. And she’ll never know that just down the street from her house, at Qualcomm Stadium in San Diego, the Broncos beat the Packers 31-24 in Super Bowl XXXII on January 25, 1998.

Because four days earlier, 12-year-old Stephanie Crowe was stabbed to death in her Escondido bedroom.

29 Unsolved Murders That Will Send Shivers Down Your Spine

Here’s what isn’t in dispute—no one heard anything. Not her parents, siblings, grandmother, or her dog Toby. All the doors and windows were reportedly locked, except for a sliding door in her parents’ master and one window in Stephanie’s room, left cracked to allow a phone line through. The window screen, however, was undisturbed.

An assessment by the FBI’s famed Behavioral Analysis Unit (BAU) described the killing as highly organized and targeted—none of the other five people in the house were assaulted. Stephanie’s wounds were methodical, lacking the signs of overkill expected in a frenzied attack. Nor was she sexually assaulted. Someone entered Stephanie’s room, stabbed her nine times, and then left, taking the murder weapon, without being seen or leaving any signs of forced entry.

It was practically an assassination.

Given the crime scene details, suspicion would fall first on the Crowe family. Even though there was a strange and disturbing figure roaming the neighborhood at the time of Stephanie’s death.

Stephanie’s brother Michael Crowe and his friends Joshua Treadway and Aaron Houser quickly became the primary suspects, based on proximity and off-color jokes from Houser (he reportedly greeted multiple friends by asking “Have you killed them yet?”; them being siblings)—echoes of the West Memphis Three.

Michael was interviewed for hours using the Reid Technique. Detectives continuously tagged in and out of the room, keeping him off balance, and tried to bond with him over interests like Final Fantasy VII, even using his love of the video game to imply there was a Good Michael and a Bad Michael, like an adolescent Jekyll and Hyde.

Prompted by detectives, Michael says in the interview, “If what you’re saying is true, then it’s like there is another person in me then. I don’t remember anything.” The exchange combines the worst moral panics of the ‘80s and ‘90s, one part Tipper Gore/Joe Lieberman violent music and video games freakout, one part recovered memory nonsense, and sets him on the road to a coerced confession.

In the end, Michael implicated himself and two friends, Aaron Houser and Joshua Treadway, stating that Houser assisted in the crime while Treadway kept a lookout. The other boys were arrested. All three were held for six months before charges were dropped.

Because DNA testing had implicated a different suspect. 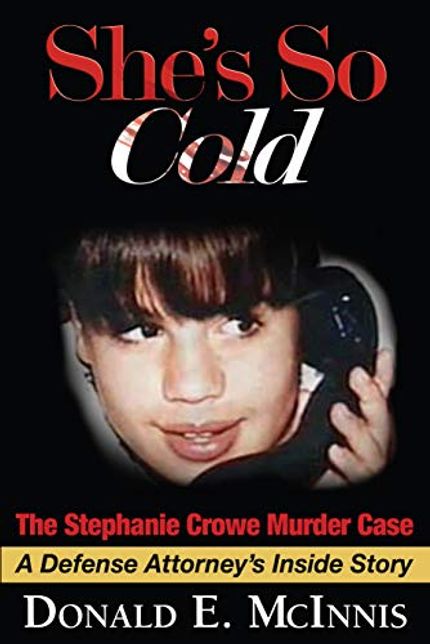 Richard Tuite was a chronically homeless and mentally ill man known to frequent Escondido. In January 1998, the Crowes’ neighbors reported a disheveled man knocking on doors and saying disturbing things. One churchgoer witnessed a man at Community Lutheran yelling “You fucking bitch, you’d better never do it again!” the night before Stephanie’s murder (although this was never definitively proven to be Tuite).

Tuite had a capacity for violence, as he was arrested in 1993 for attacking another 34-year-old man with a knife. In their report, the BAU enumerated many dissimilarities between this crime and Stephanie’s murder, including the victimology and circumstances (a blitz attack in broad daylight in front of several witnesses). Tuite was a highly disturbed individual—he managed to wander out of the courtroom and onto a bus during the first day of jury selection. Perhaps he was capable of committing violence, but could he have committed this particular crime?

The prosecution possessed one powerful piece of evidence: the blood on Tuite’s shirt matched Stephanie’s, which was enough to convict Tuite and get charges dropped against Crowe, Houser, and Treadway. But this was the only physical evidence tying Tuite to the crime scene. He appealed and was granted a retrial. The jury bought the defense theory that Stephanie’s blood ended up on his shirt through contamination, rather than his presence at the murder scene, acquitting him.

It’s understandable why the jury found this argument persuasive—even if a diagnosed schizophrenic like Tuite could enter the locked Crowe home undetected and murder a sleeping 12-year-old girl without making a sound, wouldn’t he have left some additional trace evidence? Fingerprints, footprints, something?

But if not Tuite, then who?

After fifteen years, we’re no closer to finding out who really killed Stephanie Crowe. The families of Crowe, Houser, and Treadway sued the police department, winning a multimillion-dollar judgment and a rare finding of factual innocence for all three boys.

Richard Tuite, on the other hand, is now 52 and recently pled guilty to meth possession. Oddly, Tuite was arrested on the grounds of the county jail in downtown San Diego. It’s unknown what he was doing there.

The law says every suspect is innocent. But someone killed Stephanie Crowe. Given the quarter-century elapsed since the murder, it’s possible the killer is either deceased or in prison for a different crime.

On the last night of her life, Stephanie Crowe watched the sitcom Home Improvement with her brother Michael. The episode concerned oldest son Brad’s plans to marry a woman three years his elder. At the time of filming, the actor who played Brad was four years older than Stephanie would ever be.

The evidence, scant as it is, can’t tell us what she was thinking about. But it does tell us she was likely asleep—the autopsy noted only a single defensive wound, and none of the five other people in the Crowe household heard her scream. It’s possible she woke only for the briefest of moments, too disoriented to understand what was happening, before losing consciousness again forever.

There’s lots of things Stephanie Crowe will never know, 9/11 and COVID and who won Super Bowl XXXII. But we can at least hope her own death is one of them.