The connection between soothing sleep aids and otherworldly beings.

It’s a calm moonlit night. Your kettle is heating on the stove while you wade through your thoughts on what tea to steep in order to relax from the responsibilities of the day. A familiar bear in pajamas comes to mind—none other than the Celestial Seasonings mascot. It's the perfect night for a soothing cup of Sleepytime Tea. Unbeknownst to you, there are dark conspiracies and potential cult connections behind the company that makes some of the most iconic and popular teas on the market.

As of this writing, Celestial Seasonings is known for being the largest manufacturer of teas across America, having sold over a billion individual cups of tea each year. Their collection of herbal and fruit beverages continues to expand, as does their popular Sleepytime Tea line. If fruit flavors excite your taste buds, then Sleepytime Peach is the way to go. Sick? Sleepytime Sinus Soother, Sleepytime Throat Tamer, and Sleepytime Echinacea Immune Boost are to the rescue! But what if you have a single-serve coffee maker rather than a kettle? Don’t worry, Sleepytime Tea now comes in pod options. In short, Celestial Seasonings has perfected the nighttime tea regimen for drinkers of all types.

There’s something rather calming about knowing that a company has devoted itself to consumer comfort. Yet, their reported mysterious and spiritual beginnings, as well as the conspiracies that accompany them, transforms their bear mascot from a sleepy, trustworthy character into a hibernating beast with a hidden agenda. While the founders of Celestial Seasonings have not been tied to cult activity, the spiritual and religious practices often associated with them have. But is there truly a Sleepytime tea cult?

12 Harrowing Books About Cults and Survival

Want more conspiracies? Sign up for The Lineup's newsletter and get our most chilling recommendations delivered straight to your inbox.

According to the official Celestial Seasonings website, the company was founded in 1969 with the intentions of starting a movement in the tea making and drinking process. Their primary goal was—and is—to lead their consumers towards healthier and happier daily practices. When one of the founders, Mo Siegel, ventured to the Colorado Rocky Mountains, he carefully selected herbs that would come together to create his first batch of teas.

The 1970s ushered in an explosion of successes for Celestial Seasonings. It has been a bountiful 52 years for the company, but their mysterious past remains a hot topic for consumers, true crime enthusiasts, and conspiracy theorists.

Founders Mo Siegel and John Hay were followers of a new-age biblical text titled The Urantia Book. Its origins reside anywhere between 1924 and 1955, while its author remains anonymous to this day—though there is some speculation. First appearing in Chicago during an unspecified year, The Urantia Book details philosophical, spiritual, and religious beliefs that delve into life’s true meaning. Perhaps the most unique aspect of the text is its use of science in supporting its claims. In fact, it alludes to practices that resemble contact with unearthly life-forms or sources, stating that they are “celestial” beings.

Undoubtedly, the beliefs of The Urantia Book bled into the company, as Celestial Seasonings’ name can be speculated as being inspired by early practitioners’ celestial contacts. But what does this have to do with conspiracies and cults? Well, it all begins with the concept of sleep—a topic the company is far more familiar with than many others of its kind.

Related: The Weird and Twisted History of the Blackburn Cult

The Weird and Twisted History of the Blackburn Cult

According to historical documentation, The Urantia Book was conceived when William S. Sadler, a Chicago physician, met with a neighbor who claimed that her husband would fall into deep and abnormal sleep. Supposedly, it was virtually impossible to wake him during these nearly comatose bouts of slumber. As these instances continued, the Sadler family began to notice that the sleeping man would have verbal communications with an unknown spiritual entity while unconscious.

It must be noted that William S. Sadler did not believe in the supernatural. He was avid in arguing against the existence of the paranormal and the practices of psychic mediums. To him, it was solely an act of deception. The fact that he began one of the first proponents of The Urantia Book only worked in its favor: He was a non-believer whose scientific findings were irrefutable facts, and which became core beliefs and documentation for the new-age bible.

As The Urantia Book grew over time, members known as the Contact Commission were the sole witnesses of subjects similar to the one Sadler encountered. They were entirely reliant on these individuals, as they had the alleged capability to connect to the celestial beings that spoke the word of the book. They are defined as being the product of the Universal Father and Eternal Son. Traditionally, they are known by believers as the Creator Son, who is responsible for knowing the intents of God. However, they are not the sole celestial being, as there are an innumerable amount that can speak through sleepers.

While much more could be said about The Urantia Book, its core principles are the most important in understanding why Celestial Seasonings has such strong ties to this new-age bible, as well as the conspiracies behind its cult activity. At its base level of understanding, it is believed that celestial beings speak through sleeping individuals who are in comatose-like states. The fact that Celestial Seasonings contains the term “celestial” is undoubtedly due to the belief that there is a celestial being, but there are also herbs in the teas that are attached to the beliefs as well.

So what does this mean for rumors of a Celestial Seasonings cult? 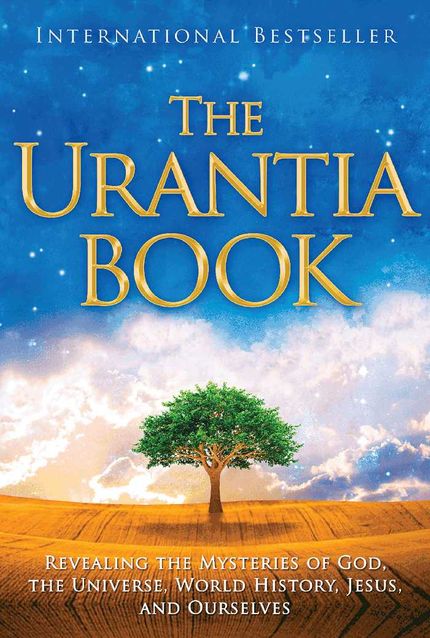 Two of the first teas to be mass produced in 1972 by the company were Red Zinger and Sleepytime. Celestial Seasonings’ Sleepytime tea is known for providing drinkers a goodnight sleep—perhaps even an uninterrupted one. It gets rather eerie when the word of The Urantia Book and its connections to sleep and celestial beings are unpacked alongside Siegel’s creation. However, he has long disputed that the actual tea has any ties to the book. In fact, it merely inspired him to add an intriguing name for his brand of health teas and uplifting quotes to each box. Presently, there are no confirmed or conclusive cult ties to Celestial Seasonings, but that does not stop theorists from speculating that there could be.

Rajneeshpuram: A Shocking Look at the Creepy Commune Featured in Wild Wild Country

The Urantia Book contains wording that calls for Urantians to find a “new cult” to replace Christianity. It markets its words as a brand new future with a trusting religious belief system. There are no definitive cults attached entirely to The Urantia Book. However, there are several prophets—self-proclaimed at that—who have been attached to cults.

Tony Delevin, also known as Gabriel of Urantia, started Global Community Communications Alliance with the word of The Urantia Book. The Pittsburgh raised CosmoPop musician runs a seemingly harmless cult of followers that devote their days to playing music. Their compound is heavily guarded with an electronic gate and surveillance cameras. While it is rather difficult to find much information about the cult, it is well-documented by ex-members that there is physical, sexual, and mental abuse that occurs inside the gates of the compound. However, Gabriel of Urantia does not have any known ties with Celestial Seasonings, its partner companies, distributors, or Mo Siegel.

6 Killer Cults That Shocked the World

The Urantia Book may have inspired Mo Siegel and his creation of Celestial Seasonings, but there is no actual proof that he has cult ties or was ever in a cult leader position. The conspiracies are not entirely unfounded, but they can be disproven with ease, especially since Siegel retired in 2002. We can all rest easy in the fact that Celestial Seasonings and Sleepytime Tea aren’t a tool to add to a cult’s roster.

At least not knowingly... *sips tea*

Want more conspiracies? Sign up for The Lineup's newsletter and get our most chilling recommendations delivered straight to your inbox.