Sick Rose: Disease and the Art of Medical Illustration

Get up close and personal with the grisly art of medical illustration in this stunning collection of nineteenth century prints.

Check out these nineteenth century medical illustrations! The terminally curious of the world (ourselves included) will find a feast for the eyes and mind in The Sick Rose. A strong stomach helps, too. Inspect a few of the book’s images in the slideshow above, then crack open the entire collection.

A twenty-three-year-old Viennese woman, depicted before and after contracting cholera in the first epidemic in 1831. According to the original caption, the second image shows her only an hour after contracting the disease, and she died four hours later.

A fine 1829 watercolor drawing shows one Mr Gledell suffering from a rodent ulcer – now known as a basal cell carcinoma.

A man with a large pendent face tumor in gouache by the painter, Lam Qua.

Watercolor, made by the Indian artist Behari Lai Das in the Medical College of Calcutta in 1906, depicts an unusually extensive case of ichthyosis hustrix in a male patient.

Inflamed erosions, known as diphtheritic papules, in the mouth of a male patient.

A top view of a boy showing stages in an extensive ringworm infection of his scalp.

The head of a thirteen-year-old girl with leprous lesions affecting her face.

The head of a thirteen-year-old boy, showing severe untreated leprosy.

Tubercular leprosy (or ichthyosis) of the hand.

These grisly medical illustrations give new meaning to the term graphic design.

With the industrial boom of the early nineteenth century came grave new concerns over public health. Families hungry for work flocked to the industrialized cities of Europe and America, triggering an explosion of disease.

Cholera, tuberculosis, diphtheria, typhoid – such maladies spread like wildfire through cramped city centers and poorly sanitized working neighborhoods. Doctors sought to combat the contagions, but in an era long before color photography, accurate clinical profiles were difficult to produce.

Enter the unflinching eye of medical illustrators. Such artists vividly reproduced the symptoms of real-life victims in an attempt to unlock the mystery of affliction.

The resulting handcrafted prints are as impressive for their skill as they are gruesome in content. Yet the historical impact of each artist is clear. Not only did their drawings assist in educating the medical community, they also helped spread awareness amongst the public. From John Snow’s cholera maps of London to Florence Nightingale’s pioneering histograms of soldier deaths, these artistic works fought disease. 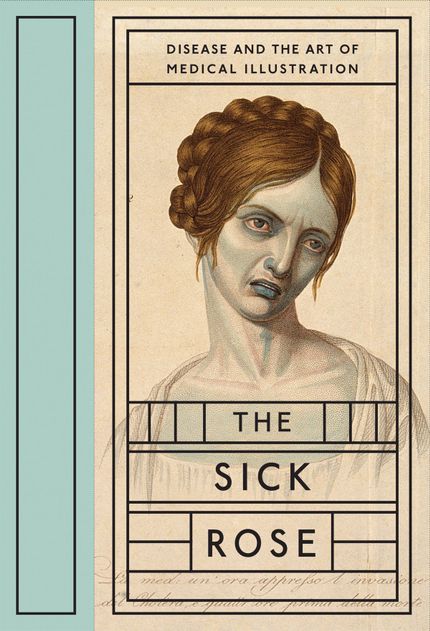 Now the most transfixing print specimens of the era are collected in one freaky compendium. The Sick Rose: Disease and the Art of Medical Illustration takes readers on a graphic tour through the golden age of medical illustration. Organized by disease and curated by medical historian William Barnett, the book offers a fascinating glimpse into illness and artistry.