This puzzle solving game app puts Benedict Cumberbatch in the palm of your hand.

If you’ve ever wondered what it’s like to hold Benedict Cumberbatch in the palm of your hand, stop what you’re doing and download Sherlock: The Network right now. The whodunnit gaming phone and tablet app combines theatrics and characters from the BBC show with short puzzles and deduction exercises as you navigate London in an effort to help literature’s greatest detective solve missing persons cases. Dr. John Watson (Martin Freeman) makes video appearances, sharing advice and prompting your next move, while the ever-aloof Sherlock (Cumberbatch) relegates his communication to the occasional voicemail. Logical gaming comes in the form of mini puzzles that you encounter throughout your assignments. If you take a taxi to interview a witness, you have to move cars around in a grid to get your towncar through the traffic jam. Taking the Underground instead? You’ll have to create a path using various shapes of train tracks before time runs out. At the moment, there’s only two free cases that you can solve, and they’re pretty easy to blow through in about 30 minutes (or less, depending on your puzzling skills). But they’re just as diverting on a second replay, and really, it’s just a way to waste time before the next season starts in 2016. Download the game at Sherlock: The Network. 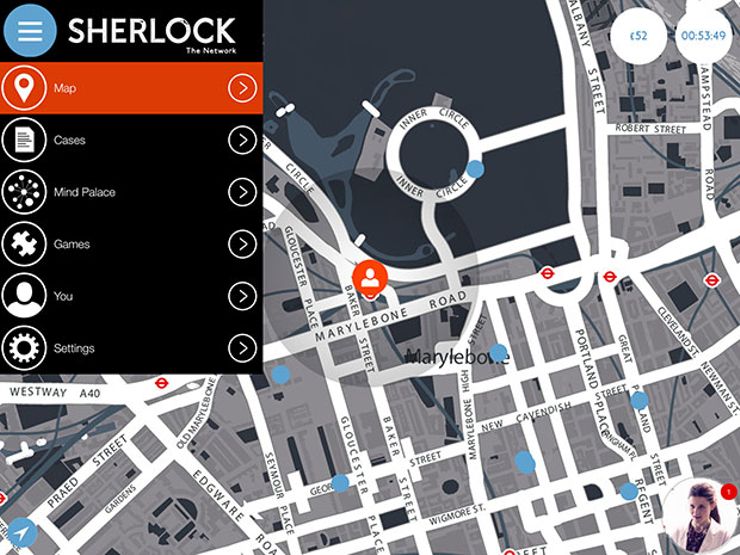 Courtesy of Sherlock: The Network