The ghosts of the past still linger in its halls.

West Palm Beach, Florida isn’t all oceanside high-rises, luxurious getaways, and stunning sunsets. Behind the glitz and glamour of this beach community lurks a gritty history, with more than a few mysteries. One such tale is that of the Riddle House, an early 20th century estate and former funeral parlor where the ghosts of the past are rumored to remain.

Now on permanent display at Yesteryear Village, an experiential history park located on the South Florida Fairgrounds, the Riddle House dates back to 1905. It originally served as a mortuary, and doubled as housing for cemetery workers in a city-funded attempt to curb grave robbing in the adjacent Woodlawn Cemetery. Such ghoulish associations earned the house the nickname, “The Gatekeeper’s Cottage.”

Related: House of Darkness: The Haunting of the Perron Family

With its ominous setting, it’s no wonder ghost sightings soon surfaced. One such report involved the ghost of an old cemetery worker named Buck, who was reportedly killed during an argument in town. His restless spirit returned to wander the cemetery grounds—including the Gatekeeper’s Cottage, on whose porch cemetery employees often gathered for lunch. While the ghost was never said to be malevolent, it did add to the growing list of paranormal encounters. 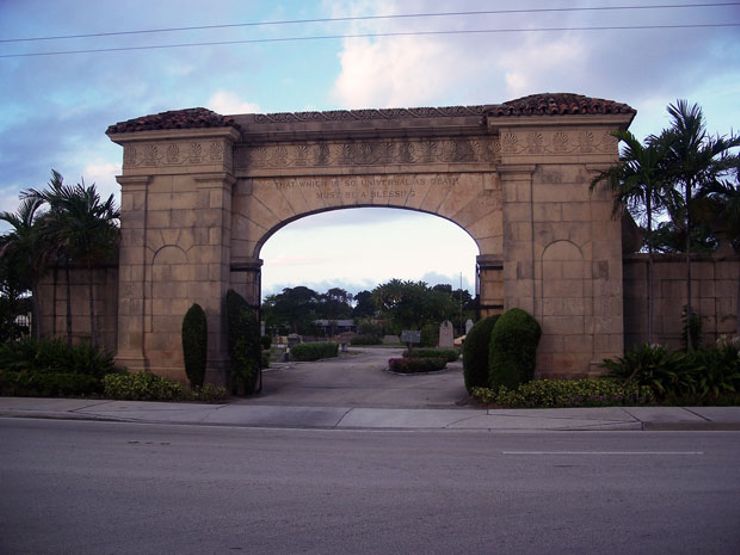 In 1920, Karl Riddle—a West Palm Beach City Manager and Superintendent—moved into the building with his family, converting it into his private residence and taking on the role of overseer of Woodlawn Cemetery. Riddle detected strange activity soon after moving into his new home, detailing many of the incidents in his diary.

It was during Riddle’s stay that tragedy struck. A cemetery groundskeeper, reportedly experiencing extreme financial hardship, entered the home and made his way into the attic. He then hanged himself from the rafters.

Related: The Cursed History of the Lemp Family Mansion

News spread about the dark events at the Riddle House, and the Riddle family struggled to maintain employees. Hired help reportedly heard and saw strange things, became frightened, and abruptly quit. From chains dragging along the floor to apparitions lurking in the shadows and voices murmuring where no one was present, the eerie encounters cemented the Riddle House’s sinister reputation.

After Karl Riddle and his family moved on from the job and the home, several businesses attempted to take over the property. Many reported supernatural episodes similar to Riddle’s own tales. None of these businesses lasted. The Riddle House even served as a dormitory for Palm Beach Atlantic College in the 1980s, though this too didn’t last.

Related: Her Touch Was as Cold as Ice: A True Ghost Encounter

By 1995, the house was empty and slated for demolition. John Riddle—Karl’s nephew—stepped in with a proposal to save the structure. He asked that the doomed Riddle House be donated to him. Karl would then deconstruct it piece by piece, and rebuild the home as an exhibition at Yesteryear Village, a history park of original and replica buildings from the late 1800s through mid-1900s. 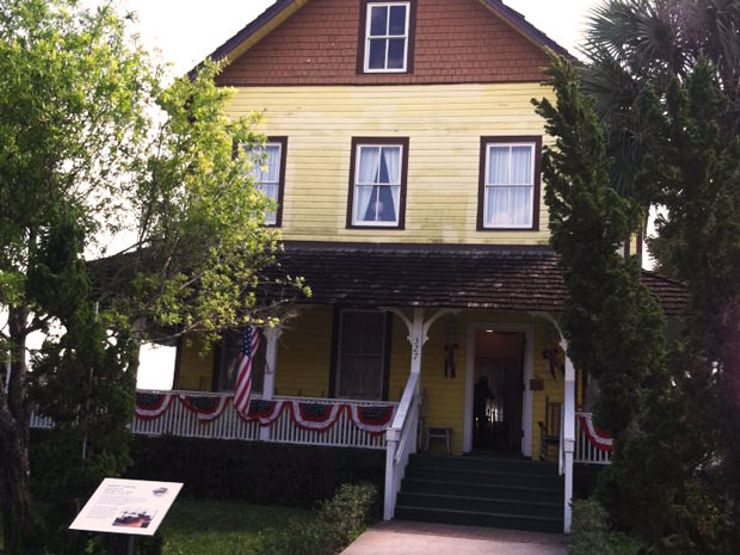 The city granted Karl’s wish; the Riddle House was moved to the fairgrounds where it was rebuilt in sections. Yet this change in scenery did little to quell the home’s paranormal activity—if anything it triggered a second wave. Workers reported tools being thrown from the attic, ladders knocked over or moved, and windows shattering for no reason. The construction crew was sufficiently shaken up over these interruptions. Many believed that any spirits inhabiting the house had moved with it and were none too pleased with the relocation.

Today, the Riddle House is one of Florida’s most popular haunted hotspots. Visitors report everything from mysterious flashes of light to sightings of a hanging torso in the attic window. For those curious to experience the mystery of the Riddle House first-hand, the South Florida Fair often offers ghost tours throughout the summer and fall.