Bookmark these five vengeful characters not even Taken's Liam Neeson would mess with.

Some might say Liam Neeson got off easy in Taken.

Sure, some European human traffickers took his daughter and sold her into sex slavery, but at least she was alive. Equipped with “a very particular set of skills” (read: badass) and cult-quoted one-liners, like “I will look for you. I will find you. And I will kill you,” he tore through said Euro trash like a scavenger on roadkill, leaving a 35-man body count in his wake.

But that’s nothing on the show-no-mercy crew of infamous revenger seekers below. Let’s just say things do not end well — for the bad guys, that is.

Picture this: After 12 years surviving the Vietnam War, sniper Mack Bolan finally heads home — images of sipping pina coladas and relaxing with his senorita dancing in his head — only to find his entire family murdered. By his own father. Because the Mafia made him do it. Needless to say, Mack — a man with 95 ‘Nam kills, nothing to lose, and a monicker of The Executioner — doesn’t take this lightly. So he sets out for a mind-clearing, therapeutic cross-country tour, making pit stops with one goal in mind: kill every single member of the Mafia he can find.

Read more about Mack Bolan in War Against the Mafia, by Don Pendleton. Download the ebook on Amazon, iTunes, and Barnes & Noble. 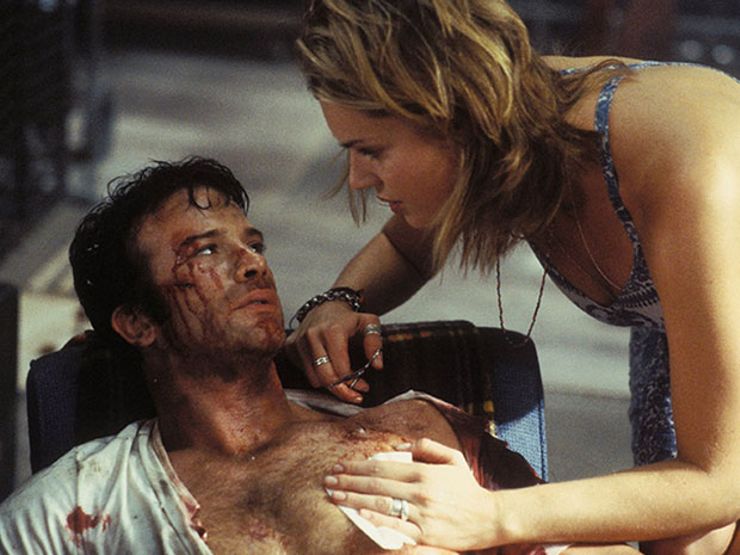 Sun shining. Bees buzzing. Picnic in full swing. It’s a lovely day for Frank Castiglione and his wife and children. Until they witness an execution they weren’t supposed to see. So the Mafia, being the generous sort, invite the Castigliones over. And kill them all. Or wish they had. Frank, the Marine who had almost been a priest, survives, adopts a morbidly funny Gothic fashion sense, then proceeds to murder any criminal he runs into.

Read more about Frank Castiglione in The Punisher, by Nathan Edmondson and Mitch Gerards. Download the ebook on Amazon, iTunes, and Barnes & Noble.

In an alternate history of the 9/11 tragedy, the Twin Towers have fallen due to terrorist attacks, leaving people devastated and confused. But not Bobby Murphy. Determined not to let those U.S. lives die for naught (and without government permission), he decides to builds his own freaking army, secretly stockpiles the world’s most advanced military weapons, and uses a warship as a hidden operation base. His mission: to meticulously kill each and every person connected to the attacks. Oh, and “Bobby Murphy doesn’t negotiate with terrorists.” –Captain Obvious.

Marcus Creasy, The Bodyguard with 99 Problems, but the Mafia Ain’t One 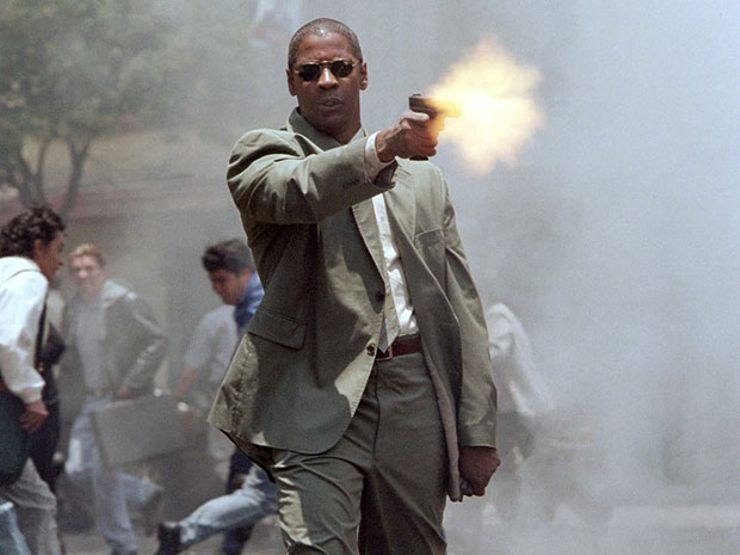 Marcus Creasy has a lot of dirt on his shoulder: namely alcohol, PTSD, and depression. Did we mention alcohol? Slowly, however, turns his life around: He’s hired to protect a little girl named Pinta, whom he grows to love as if she was his own daughter. So when Pinta is kidnapped, Creasy saves her in the nick of time, and they all live happily ever after. Ha, in his dreams.

For in reality, Pinta is kidnapped, raped, and murdered by — guess who? — the Mafia. Ever the practical man, Creasy stays calm, takes a couple of months to outline strategy, and then goes on a bloody rampage throughout Italy.

Read more about Marcus Creasy in Man on Fire, by A. J. Quinnell. Download the ebook on Amazon.

Unlike the others on this list, Carrie White never lost a loved one. No one guns down her family, or kidnaps her parents, or blows up her country. She’s just a telekinetic teenager who’s had enough. Of everyone. Of her religious zealot of an abusive mother. And certainly of the high school bullies who consider bathing her in pig’s blood a practical joke. So what does she do? She burns them to the ground. No army. No guns. Just vengeful thoughts.

Read more about Carrie White in Carrie, by Stephen King. Download the ebook on Amazon, iTunes, and Barnes & Noble.