In the 1700s, a ruthless pirate on the high seas took mercy on a mother and her newborn child. Thus, the legend of Ocean Born Mary came to be.

On July 28, 1720, a group of Scottish emigrants from Northern Ireland set sail for the United States on a small ship called The Wolf. The vessel was close to the New England coast when it was suddenly overtaken by a band of ruthless Spanish pirates. After looting the ship and threatening to kill all the passengers, the pirate captain heard the faint wailing of an infant, and went below deck to investigate.

There, he found a tired and frightened woman named Elizabeth Wilson, and the baby girl she had just birthed.

In a rare moment of compassion, the pirate captain agreed to spare every passenger if Elizabeth would name her daughter after his late mother, Mary. Elizabeth consented, and she was promptly given a bundle of Chinese silk to be used in the creation of Mary’s future wedding gown. With that, the pirates disembarked and left the passengers to complete their journey to Portsmouth Harbor in peace.

And so the legend of Ocean Born Mary began.

The Wilsons settled in Londonderry, New Hampshire. Young Mary was quickly dubbed “Ocean Born Mary” and credited with saving the lives of her fellow emigrants. Each year, on Mary’s birthday, the town residents celebrated a day of thanks. As Mary grew older, she became a tall, beautiful woman with radiant eyes and flowing red hair. On December 17, 1742, at the age of 22, Mary married a man named James Wallace. Together they raised several children between Londonderry, New Hampshire and Henniker, New Hampshire. 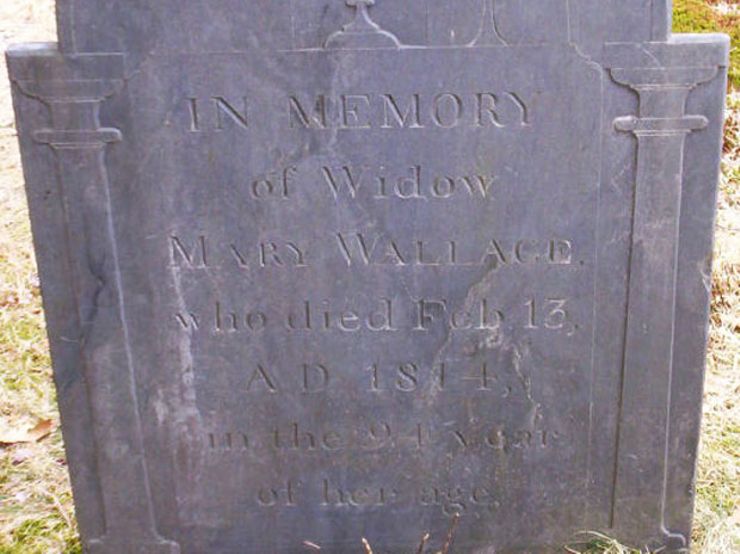 In the centuries since Mary’s death, reports of ghostly activity have been widespread: though not in a home she ever actually inhabited. It is in the house that belonged to Mary’s son Robert, also located in Henniker, that her spirit is said to have found its eternal resting place.

In the early 20th century, Robert’s home was opened to the public, and numerous visitors claimed to see Mary’s ghost arriving in a phantom coach pulled by four horses, her hair blowing in the wind. Her rocking chair was also seen swaying back and forth unprovoked. The fireplace is another area where her presence is felt strongly.

Those who have encountered her full-body apparition (including two police officers who claimed to have seen her walking across the street outside of her house) always comment on her red hair and bright eyes. Her ghost is said to be six feet tall, strikingly attractive, and most active around Halloween, when she rises from her grave in Henniker’s Centre Cemetery.

Famed paranormal researchers, including Hans Holzer, and Ed and Lorraine Warren, have also seen and felt the spirit of Mary in the house. Lorraine Warren even claimed to have had her first out-of-body experience in Mary’s house, projecting her soul into the air and hovering over the parlor for several minutes. 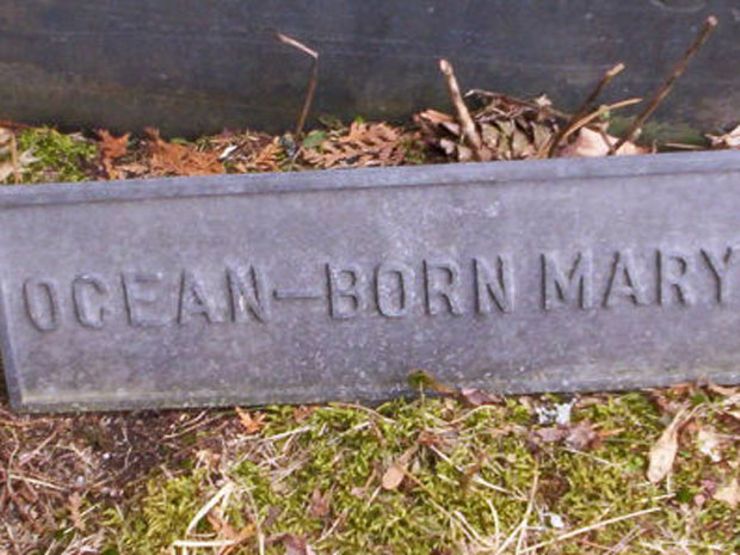 If you ever find yourself in Henniker, you might be tempted to visit the Ocean Born Mary House. Sadly, it is now privately owned and no longer hosts visitors. But if you want to pay a visit to Mary herself, take a stroll through Centre Cemetery and walk twelve rows back from the front gate. There, marked with a special plaque, lies the remains of New Hampshire’s most famous legend.