On October 1—National Ghost Hunting Day—our staff will be joining a ghost hunt at NYC's The Merchant's House and streaming it live on Facebook.

On Saturday, October 1—now officially recognized as National Ghost Hunting Day—The Lineup editors will be joining a paranormal investigation at the Merchant’s House Museum, known as the “most haunted house” in Manhattan.

Leading the hunt are two seasoned paranormal investigators: psychic medium Jesse Bravo, who has conducted readings for high-profile clients like Sports Illustrated, and Dom Villella, founder of Paranormal Investigation of NYC, a group that has investigated such haunted locations as Eastern State Penitentiary.

We feel lucky to be working with experts like Bravo and Villella, since the story—and spirits—of the Merchant’s House are definitely creepy. 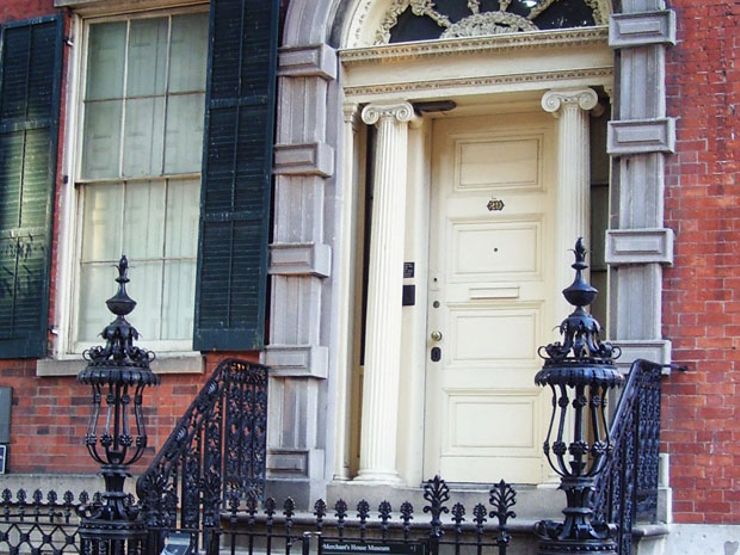 Seabury Tredwell purchased the Merchant’s House at 29 West Fourth Street in 1835. Upon moving in, the Tredwell family remained within its walls for nearly 100 years.

In 1936, the Merchant’s House became a museum. Stepping inside today is like stepping into the past. Rooms are decorated with original Tredwell family furniture and belongings, appearing just as they would in the 19th century.

It’s as if the original occupants never left …

Many are convinced the Tredwells still inhabit this brick and marble row home even in death. In particular, it is the ghost of Gertrude Tredwell—the youngest of the Tredwell children and the last member of the Tredwell family to reside here—that visitors most often encounter. Phantom voices, slamming doors, drops in temperature, and sightings of a ghostly old woman believed to be Gertrude have all been experienced at the Merchant’s House. So many encounters have occurred, that the museum now publishes an anthology of its attendant ghost stories, Some Say They Never Left: Spirited Tales and Ghostly Legends of the Merchant’s House Museum.

Generating a Bridge to the Spirit World 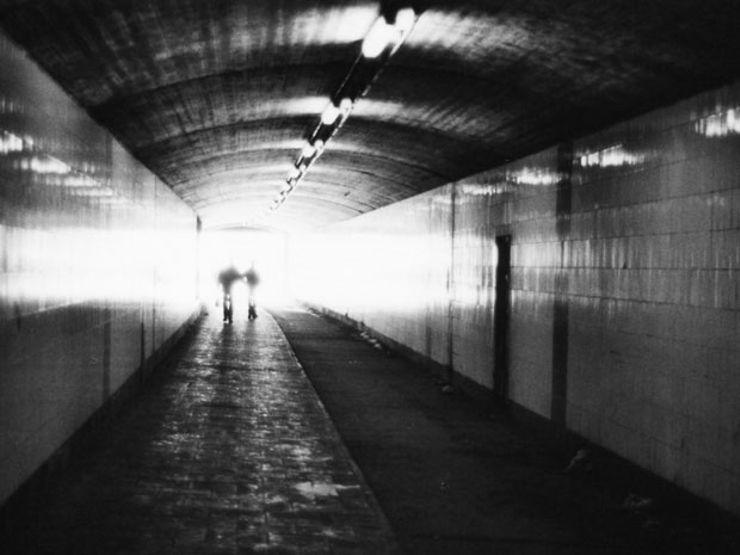 Our paranormal investigation at the Merchant’s House will be one of 73 others around the world, attempting to contact the other side at the exact same moment. As each group trains its focus on the spirit world, the founders of National Ghost Hunting Day hope to generate a “Bridge” between the living and the dead, strengthening each group’s connection.

This paranormal experiment started as the scientific hypothesis of Brian J. Cano, para-scientist and former star of Destination America’s Haunted Collector. He knew that every weekend, throughout the country—and around the globe—there were various individuals attempting to investigate reportedly haunted locations. He theorized that if those single ghost hunters put their minds together in “para-unity,” each person would have a better chance of making a connection with the spirit world.

Enter National Ghost Hunting Day and the holiday’s founders, Maria and Bob Schmidt of Haunted Journeys. The Schmidts worked with Cano to organize the investigative teams and create a scientific process for this large-scale, metaphysical exercise (read the guidelines here). Renowned paranormal researcher Patti Starr offered her horror and paranormal festival The ScareFest, now in its ninth year, as command central. Cano, the Schmidts, and other leaders in the paranormal community will be stationed at ScareFest on October 1.

At the 10 p.m. EST (a.k.a. the moment of contact), Cano will lead the recitation of a pledge that all the teams will take to unite them in their purpose for the evening. Then he will monitor five live feeds streaming in from four regions of the United States, Australia, Ireland, and England. Cano will watch each team’s video footage and communicate with leaders when necessary to help investigate each location as thoroughly as possible over a two-hour period.

After the evidence has been collected and analyzed, Cano and the Schmidts plan to release a comprehensive documentary about the experiment on October 31.

Dying to join the experiment? You’re in luck! Go to the National Ghost Hunting Day website to find a ghost hunting expedition in your area. You can also witness our ghost hunt at the Merchant’s House when we stream it on Facebook Live. Tune in to our Facebook page on Saturday, October 1, at 10 p.m. to watch.