Her body may be buried in the family tomb, but Eliza's troubled spirit never left her stately home.

Though Stephen had good taste when it came to houses, his choice in a wife may have resulted in his downfall. Jumel died in 1832 from—depending on which account you believe—pneumonia, injuries sustained in a carriage accident, falling on a pitchfork, or some nefarious action on the part of Eliza Jumel, his partner. When parapsychologist Hans Holzer conducted a séance at the Morris-Jumel Mansion, he claimed to hear Stephen Jumel accusing Eliza of removing his bandages and letting him to bleed to death. 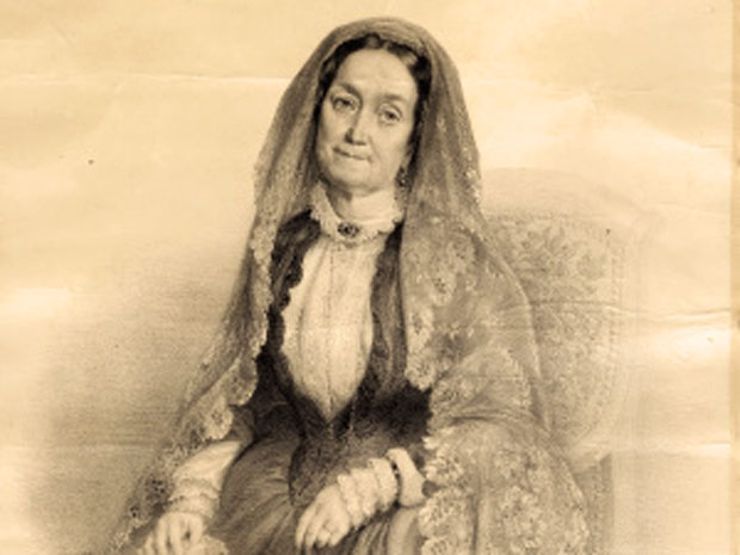 Eliza Jumel’s history just gets more colorful from there.

After Stephen’s death, she married none other than Aaron Burr, the former Vice President of the United States as well as Alexander Hamilton's killer. Both came into the marriage with agendas: Eliza’s was to increase her social standing, while Burr wanted to get his hands on her considerable fortune. The marriage was a failure, and they separated just four months later.

For the next 30 years, Eliza traveled throughout Europe and Northern New York. She eventually returned home to Washington Heights. There she lived, suffering from dementia, in her big, empty mansion. She became completely reclusive—some say she was the inspiration for the character of Miss Havisham, in Charles Dickens’ Great Expectations. Vicious rumors swirled regarding her impoverished childhood, her social climbing, and her cruel character. In 1865, at the age of 90 and as one of the richest women in the United States, she passed away.

Despite the fact that she lies buried in the family mausoleum, just five blocks from the house, many believe that Eliza has never really left her beloved mansion. Reported sightings of an elderly and disoriented woman, dressed in a purple gown, began in 1906, and have continued on to the present day. Despite their attempts, paranormal researchers and exorcism experts have been unable to remove Eliza’s spirit from the home.

In 1964, a tour group of children visiting the mansion encountered a cranky old woman, who told them, “My husband is very ill. You have to keep quiet.” When they asked a staff member about it, she paled, as the house was empty aside from the children. Later, the children all pointed to a portrait of Eliza Jumel hanging in the entranceway, identifying her as the woman who had scolded them. 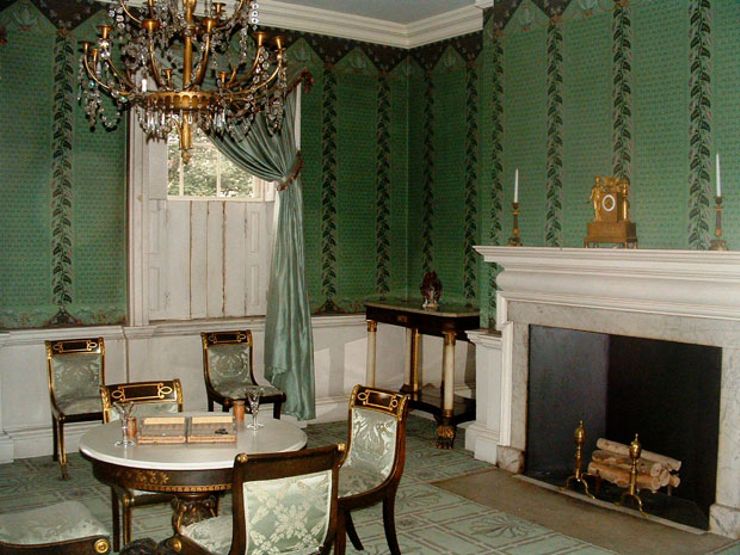 Inside the mansion. Photo: Wikimedia Commons