A Ghostly Vision: The Moberly-Jourdain Incident of 1901

After wandering down a narrow path at Versailles, two women from England came face to face with the ghosts of the past.

In August 1901, two scholarly women from England’s St. Hugh’s College, Charlotte Anne Moberly (left) and Eleanor Jourdain (right), boarded a train for Versailles. In the days prior, they had spent time sightseeing around Paris, to which they were both relatively unfamiliar. Neither was well-versed in French history. The little they knew came from historical novels and the schoolhouse lessons of their youth. Moberly had read the first volume of Justin H. McCarthy’s tome The French Revolution, which gave her a slight academic advantage over Jourdain, but did little to garner any real enthusiasm for the trip to Versailles. In truth, both women expected a dull and uneventful outing.

After touring the Palace and feeling regrettably indifferent, they sat down in the Salle des Glaces (Hall of Mirrors) and enjoyed a light breeze coming through the open windows. With time to spare, Moberly suggested they visit the Petit Trianon, a small château first occupied by Madame du Barry until 1774, when a newly crowned Louis XVI gave it to his young Queen, Marie Antoinette. Using a Baedeker guide, they headed in the general direction of the Trianon. They took an unusually long route—down a large flight of steps by the fountains, along the full length of the central avenue, and all the way to the head of the long pond. The weather was overcast and gray.

After an eternity of walking, Moberly and Jourdain found themselves at the Grand Trianon, only to find it closed to the public. It was then that strange visions came into view—visions of a century long since past. 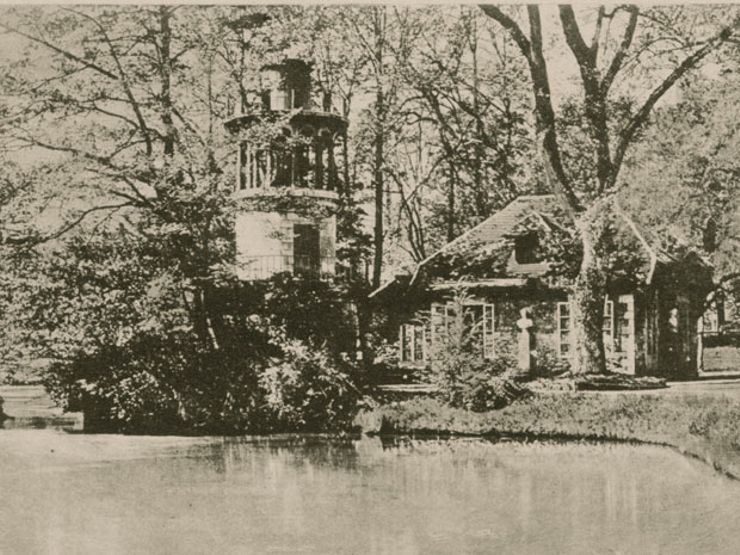 They passed a wide green drive to the next path, where Jourdain immediately noticed a woman shaking a white cloth out of an upstairs window—seemingly, in slow motion. Walking further, noticed two men standing in the distance. Initially thinking the men were gardeners given their wheelbarrow and pointed spade, Moberly and Jourdain were dumbfounded by the manner in which they were dressed—in long, grey-green coats with tri-cornered hats. Nevertheless, the men directed the women to continue straight ahead.

Jourdain then noticed a cottage with a woman and girl standing in the doorway. Both the woman and the girl wore a white kerchief tucked into a bodice; the girl’s dress was down to her ankles and she wore a white cap. Jourdain described it as a “tableau vivant,” similar to a pair of wax figures rather than human beings. Suddenly, Moberly was engulfed by extreme depression, which deepened with every step.

At once they came upon a small wooded area with a circular garden kiosk. A man was sitting there; he was wearing a cloak and a large shady hat. The grass was lifeless and covered with dead leaves. The area looked flat and unnatural with no light, shade, or shadows; there was no wind in the trees. 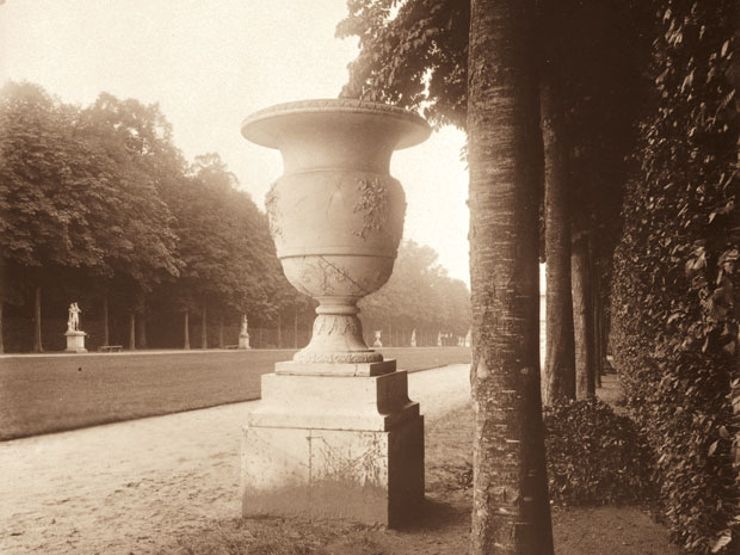 The man turned and looked at the two women and Moberly felt genuine alarm. His face was repulsive and dark with smallpox scars; his expression was hateful. Both women were frozen in place until becoming startled by the sudden approach of another man. He was tall and handsome with dark eyes, and wore a broad that hid all but a few strands of his curly dark hair. The man muttered a few words in rapid French, smiled, and persuaded Moberly and Jourdain to proceed to the right, which they did by passing over a small bridge.

Related: 8 FAMOUS GHOSTS YOU HAVE TO SEE TO BELIEVE

When they finally reached the Petit Trianon, Moberly observed a regal-looking woman sitting on a stool. The lady was holding out a piece of paper at arm’s length as if to study it. She appeared to be sketching the trees. As Moberly and Jourdain inched closer, the lady turned to look at them. Her face was pretty but not young. She wore a large white hat and had an abundance of light-colored hair that fluffed around her forehead. A long-waisted summer dress sat on her shoulders with a thin line of green-gold near the edge. It was of royal 18th century fashion standards. Without speaking, Moberly and Jourdain left the area and continued to feel a growing oppressiveness in the air. Walking around to the opposite side, Moberly again saw the lady, this time noticing that her shawl was pale green.

Both women left the grounds shortly after. 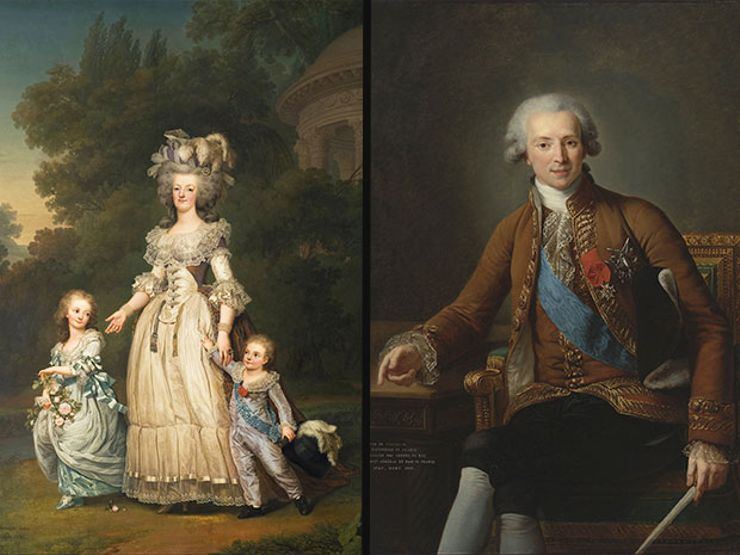 Moberly and Jourdain did not speak of their experience until a week later. After writing separate versions of what they encountered and comparing notes, they visited the Trianon gardens again but could not retrace their original path. Specific landmarks, notably the kiosk and the bridge, were missing. Research led them to believe that the Trianon was haunted, and that the lady in the royal dress was the ghost of Marie Antoinette. Ironically, Jourdain had not seen the lady, and Moberly had not seen the cottage with the woman and girl standing in the doorway. However, both had seen the scowling man with the marked face; they determined him to be Joseph Hyacinthe François de Paule de Rigaud (the Comte de Vaudreuil), a nobleman at the court of King Louis XVI.

Related: THE PARIS CATACOMBS: A JOURNEY INTO THE EMPIRE OF THE DEAD

They published the story of their trip to Versailles (An Adventure) in 1911 under the pseudonyms Elizabeth Morison and Frances Lamont. A whirlwind of excitement and skepticism followed. Critics found the tale to be improbable and ventured that Moberly and Jourdain had simply misinterpreted common events for paranormal activity.

Parapsychological discussions of the “Moberly-Jourdain Incident” have suggested that the women experienced a time-slip or some form of retrocognition. Still, both women maintained the authenticity of what they had seen until the day they died.

Their true identities as the authors of the book were not made public until 1931.