Mary Shotwell Little: The Chilling Mystery of the Missing Bride

The newlywed vanished after a night out with a friend.

Not only would this party never happen, but Mary would never see Roy again.

Shortly after dining with a friend at the Lenox Square Shopping Center in Atlanta, Georgia, Mary vanished.

A former resident of Charlotte, North Carolina, Mary moved to Atlanta with Roy just after their wedding. Mary found employment as a secretary at Citizens and Southern National Bank. After finishing her shift on October 14, Mary drove her brand new metallic pearl-gray Mercury Comet to Lenox Square. She was wearing several pieces of jewelry; a white London Fog raincoat over an olive green sheath dress with white flowers; eyeglasses and flat shoes. She was carrying a set of keys and a John Romain handbag.

Want more unsolved disappearance stories? Sign up for The Lineup’s newsletter, and get the eeriest tales delivered straight to your inbox.

Mary finished shopping, and brought four bags of groceries to the car. During dinner with her coworker, she spoke favorably about married life and seemed to be in good spirits. At approximately 8:00 P.M., the two concluded their meal, and Mary walked through the parking lot towards her car.

The next morning, Mary did not show up for work. The bank supervisor questioned the coworker with whom Mary dined the previous evening; she told her boss that Mary’s car had been parked in a lot near Lenox Square, and that she had seen Mary walking back to it after dinner.

Police were alerted and traveled to the shopping center, where they found the Mercury Comet still parked in the same location. There was a coating of red dust on the car’s exterior, and the four bags of groceries, Coke bottles, and a pack of Kent cigarettes inside the car. Mysteriously, there was also a slip, panties, a girdle, a bra, and one stocking inside the car. With the exception of the bra and stocking, everything was neatly folded and sitting on the console between the front bucket seats. The stocking appeared to have a knife cut through it; the panties were determined to be Mary’s.

The seats were stained with blood.

Because the car’s engine was cold and the ignition key was missing, police theorized that it could have been driven during the night, for no more than 40 miles. A traffic officer claimed that the car had not been in the lot at 6:00 A.M. that morning.

Every available police officer was put on the case. The woods near the shopping center were the subject of an exhaustive search. By the weekend, hundreds of Army reservists and citizens joined the search, checking wooded areas and creeks within 20 miles of the scene. A fleet of privately owned airplanes were dispatched to fly over Atlanta and search for the missing woman.

Five days later, a Georgia state crime laboratory issued a report that the blood found in the car was consistent with Mary’s blood type. Investigators questioned Mary’s friends, one of whom disclosed that Mary had expressed a fear of being home alone and of being alone in her car several days before she vanished. Additionally, authorities learned that Mary had received flowers from a “secret admirer” days before the incident. The flowers were traced to a florist near Mary’s home, but the specific buyer could not be identified. Mary’s coworkers also reported that she had been disturbed by phone calls she received at work, but would not discuss them with anyone. 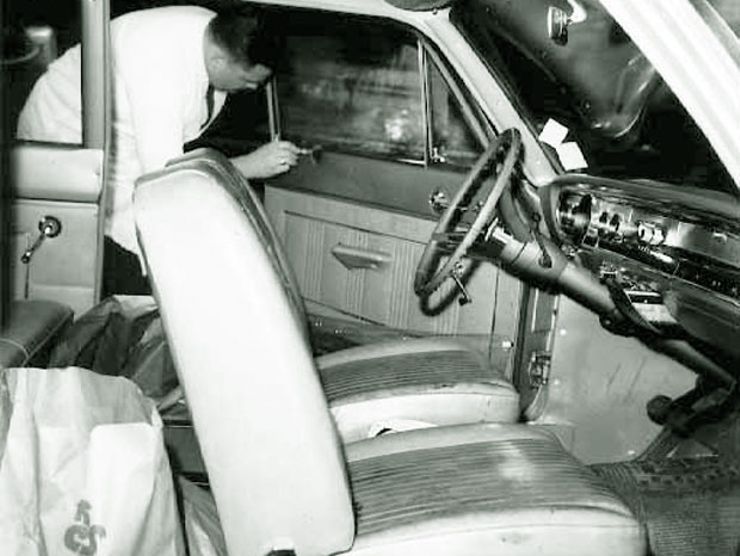 Soon after, word came from personnel at a Charlotte, North Carolina gas station, claiming to possess a receipt with Mary’s signature on it, timestamped just hours after her disappearance. Atlanta Detective Superintendent Clinton Chafin learned that Mary’s credit card has been used again, in Raleigh, North Carolina. Atlanta homicide detective Jack Perry questioned the gas station attendant in Charlotte, who told him that he remembered servicing an automobile occupied by a man and woman.

More disturbingly, the attendant reported that he had seen the woman lying on the front seat, covered by a roadmap, and that she appeared to have a head injury and blood on her clothing. After filling the tank, the attendant gave the credit card to the man driving, who then handed it to the woman lying on the passenger seat. She signed the receipt “Mrs. Roy H. Little.” The car’s license plate was later traced to a stolen car from the Charlotte area–not Mary’s Mercury Comet.

Related: Blood on the Kitchen Floor: The Unsolved Disappearance of Joan Risch

In mid-November 1965, a young boy in DeKalb County, Georgia discovered a shocking clue that seemed related to the case. It was a note scribbled on the bottom half of a deposit pouch, which was addressed to a branch of the Citizens and Southern National Bank.

A handwriting expert at the National Crime Laboratory told police that the note was promising. Along with the gasoline receipts and other samples of Mary’s handwriting, the note was rushed to the FBI in Washington for analysis. The results showed that the note and receipt could have genuinely been written by Mary. 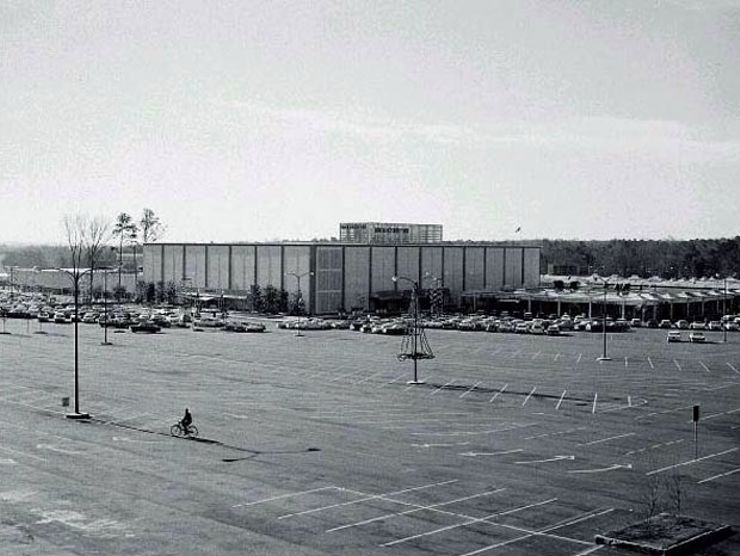 Meanwhile, Roy Little took to the airwaves to plead for his wife’s return. “This is an appeal from me and Mary’s parents to the person holding Mary,” Roy said. “Her welfare, safety, and safe return are our greatest concern. We will do anything, go anywhere and we will help you in any way we possibly can. I repeat, her safe return is the only thing we care about.”

Authorities continued to follow every tip, every false lead, and every possible sighting. They found nothing but dead ends. After the receipts and the note, the trail stopped cold. Despite exhaustive efforts, Mary was never found.

Who abducted Mary Shotwell Little? Was it a secret lover or stalker? A drifter? Despite the tantalizing clues and myriad theories, we’ll likely never know what happened to the young bride so many years ago.

All photos courtesy of Gary Sweeney