8 Bodies in the Attic: The True Crimes of Serial Killer Kendall Francois

One woman's escape led police to a literal house of horrors.

I was living in Woodstock, New York.

Though it has a liberal reputation, the town is actually a conservative place, whose motto should be, “I’ve got mine, you get yours.” It was 31 miles north of Poughkeepsie, a town which the local paper covered. In September 1998, an article appeared about Kendall Francois, a serial killer captured in Poughkeepsie.

A hulking man whose nickname was “Stinky” because of his slovenly hygiene, Francois was a middle school monitor. He had been arrested and charged with murdering eight women over a two year span, and stashing their bodies in the crawlspace and attic of his house, which sat right in the middle of the old river town on the Hudson River.

This was the first time I even thought of writing a book about a serial killer; it’s not my cup of tea, I thought. Plus, the guy was black. I had been warned by more than one editor never to tackle a true crime book with an African American bad guy. The publishing houses seemed to be afraid of being attacked by civil rights leaders for reporting on bad guys of color.

This is a strange double standard, I thought. Plus, at the time no book had ever been published, to the best of my knowledge, about an African American serial killer. Yet I knew they existed. What was that about?

Besides, I was too close not to report on the case. What was I going to do, let some other writer get the scoop?  I decided to break the unwritten rule and queried my editor with a book proposal about Francois; he bought it. The serial killer had already given police a confession, so going in, I had a lot to work with.

I got in my leased Jeep and drove south to Poughkeepsie. I passed Hyland on my side of the river in Ulster County, a small town where some of the victims had lived in cheap motels on Route 9W. Then I went across the Mid Hudson Bridge, that had been dedicated by Eleanor Roosevelt in 1930, and looks like it was.

The victims were prostitutes. I needed to get to know them. If I didn’t humanize them, no one would feel for them, just as many in law enforcement and others did not. So I traveled to their homes in Dutchess County where Poughkeepsie is and then back to Ulster County, where some hailed from. There were eight women in all.

It was quite a journey, from homes to cemeteries to libraries, whee I got their high school photos. These women were like anyone else—so full of life, with so many dreams. But they all had one thing in common—they succumbed to drugs and then prostitution to feed their habit.

Generally, Francois would pick them up on Main Street in Poughkeepsie, and take them to his house. Once inside, they’d have sex and then he’d strangle them. In order to write a story like this with so many victims, you absolutely need the cooperation of the police. But New York is a hard place to get that. Cops just don’t trust reporters.

Plus, I knew absolutely nothing about Poughkeepsie, except it was a phrase Gene Hackman used as Det. Popeye Doyle in The French Connection.

“Do you pick your nails in Poughkeepsie?” he’d ask a suspect he was beating a confession out of.

Well, that wouldn’t do it. If I was going to write a book about a serial killer preying on the women in this town, I needed to get to know the place. So I took a job teaching journalism at Marist College, which sits on the town’s edge next to the river. I taught there for two semesters, while I investigated and wrote.

During that time, I became friendly with Bill Siegrist, the lieutenant of detectives who first suspected it was a serial killer snatching the women off the streets. They were prostitutes. No one else but Siegrist cared that they disappeared. We would have lunch on the Hudson River.

It was during these lunches, looking out on the river Henry Hudson had discovered, that Siegrist opened up to me and told me about his investigation. He explained that prostitutes have a peripatetic lifestyle. One day they are here, another there and sometimes, they are just strung out. That helped explain how they could disappear with no one being aware. He also got us some great sandwiches from a nearby deli.

The state police had also been involved in the investigation. I was befriended by Jimmy Ayling, the senior investigator who ran the state’s missing persons database. Jimmy taught me that most missing persons come back—alive! Francois’s victims were the exception.

At the end of my year teaching at Marist, I had lunch with Siegrist again and he explained that the way Francois had been caught was because Christine Sala had escaped Francois’s house of horrors before he could kill her, like the unfortunate eight. When she told police what happened, the arrest and Francois’s confession followed.

I was in the courtroom when Francois plead to the murders. The victim impact statements before sentencing were the most affecting I ever heard. Then Francois got life in prison. When I walked out, I thought about how easy it is to become a victim of someone like Francois.

Years later, someone I knew had a bad drug problem. All I could think when she got in her last scrape with the law was, I hope she doesn’t wind up like Kendall Francois’s victims. It’s just too damn easy to fall through the cracks.

It’s like William Goldman wrote in The Princess Bride: “Life is not fair, it’s just fairer than death.” 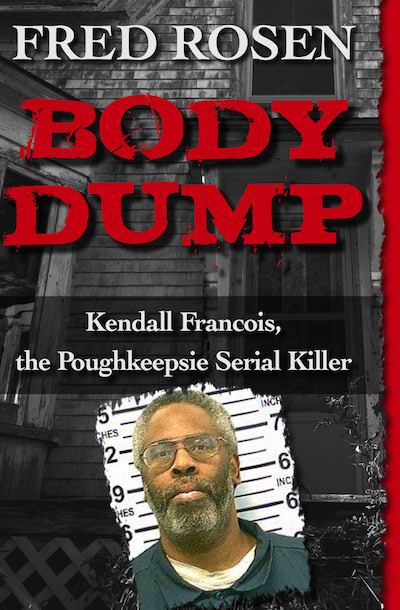