Lining the walls of this modest chapel in Poland are the skeletal remains of over 3,000 souls.

Stained glass windows, elaborate tapestries, and the ornamental style of 18th-century churches simply didn’t cut it for Kaplica Czaszek, or the Skull Chapel, located in one of the oldest towns in southwestern Poland.

The chapel was founded in 1776 by Vaclav Tomasek, a Czech priest, and J. Langer, the local grave digger. The pair thought outside the coffin while designing the church. Rather than stick to traditional building supplies, they turned to the raw materials of an era plagued by war and disease—human bones.

Death was everywhere in Europe. From the casualties of the Thirty Years’ War (1618-1648) and three Silesian Wars (1740-1763), to the victims of cholera, syphilis, the plague, and starvation, hundreds of thousands of bodies were left to decompose in overstuffed village cemeteries and makeshift burial sites. Their skeletal remains were free for the taking.

For the next 18 years, Tomasek and Langer collected and cleaned the bones and skulls of over 3,000 people—according to Atlas Obscura, the pair would follow feral dogs to unearth the next mass grave. They then adorned the ceiling and walls of their chapel with the harvested remains. 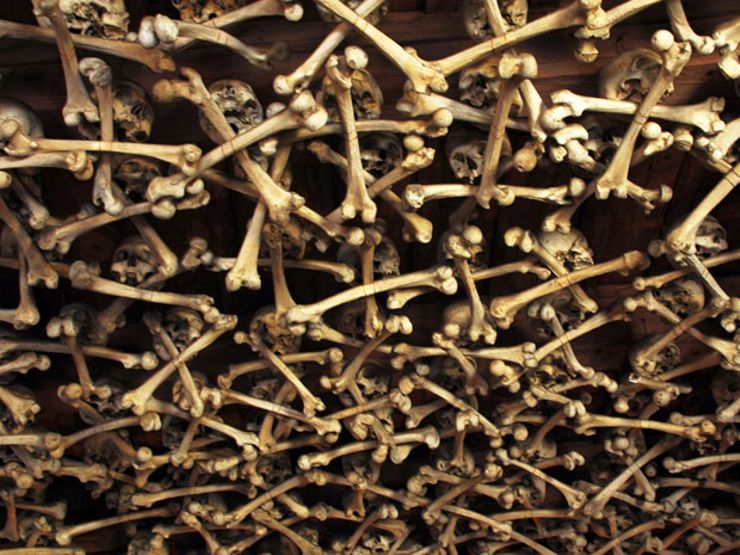 The results are remarkable. A dense grid of leg bones stretches across the low ceiling; screens of skulls line the walls and recessed shrines of holy statues.

While the eyes of the living may be drawn to the intricate arrangements of the chapel’s main level, it’s what lies beneath the floor that chills the spine. Accessible through a trapdoor is a subterranean crypt that holds over 21,000 additional remains. Tomasek, inspired by the Capuchin cemetery while on a pilgrimage to Rome, viewed the chapel as a shrine to all those who fell victim to war and disease.

Related: THE PARIS CATACOMBS: A JOURNEY INTO THE EMPIRE OF THE DEAD

Decorating the chapel’s modest altar are the skulls of important figures and those skulls that are particularly striking. Included in the collection is the cranium of the local mayor, a skull riddled with bullet holes, one skull grossly deformed by syphilis, and the bones of an alleged giant.

The skulls of Tomasek and Langer are arranged on the altar as well, forever joining the haunting institution they dedicated their lives to constructing.

Without questions, the Skull Chapel is worth seeing in person. For now, take a virtual trip through these stunning photographs. 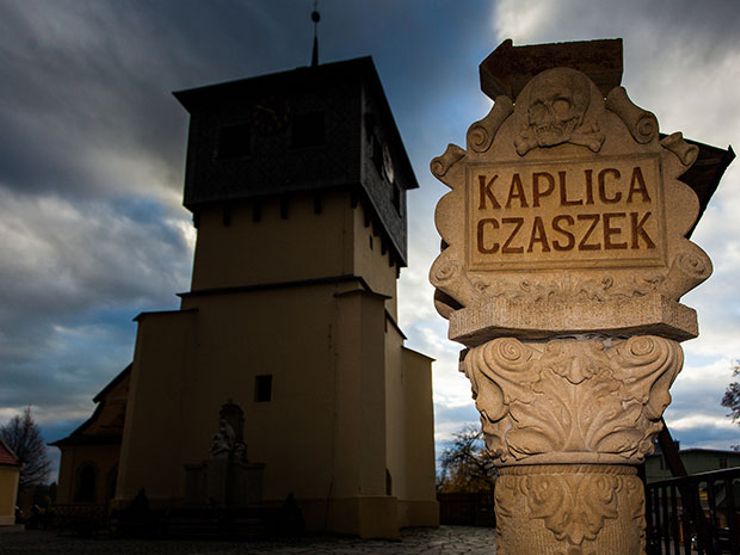 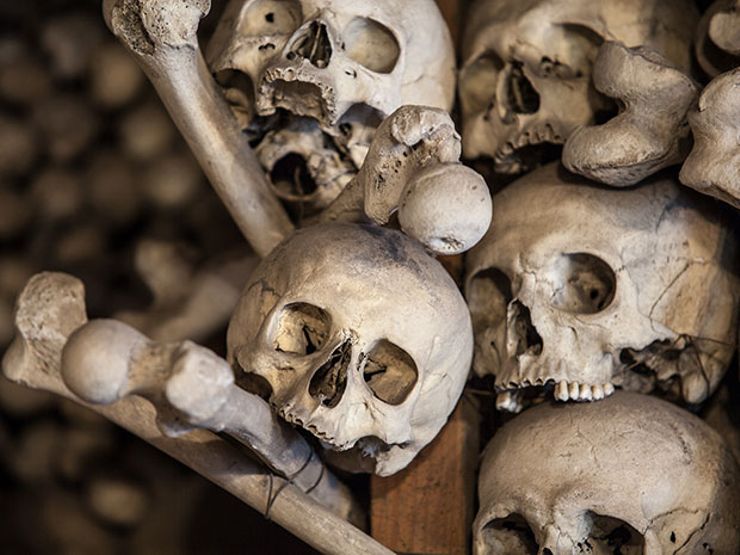 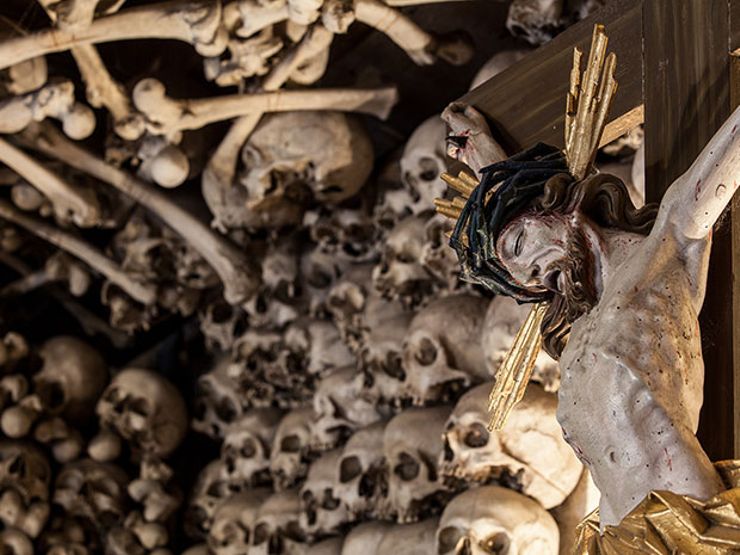 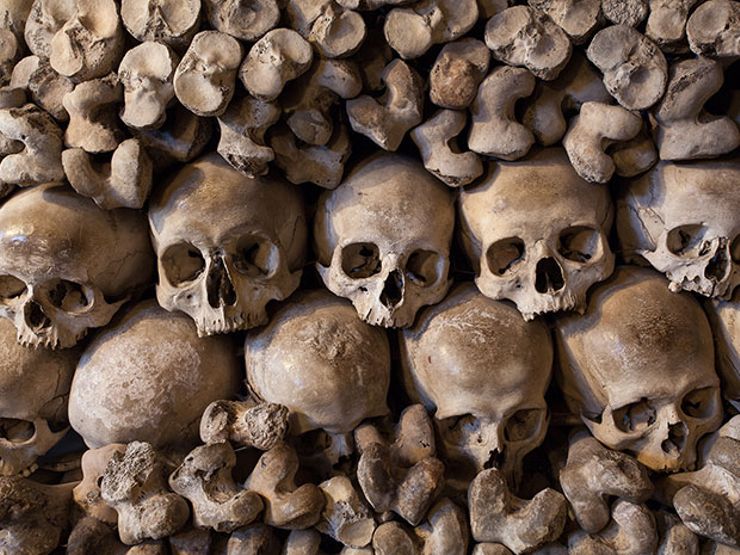 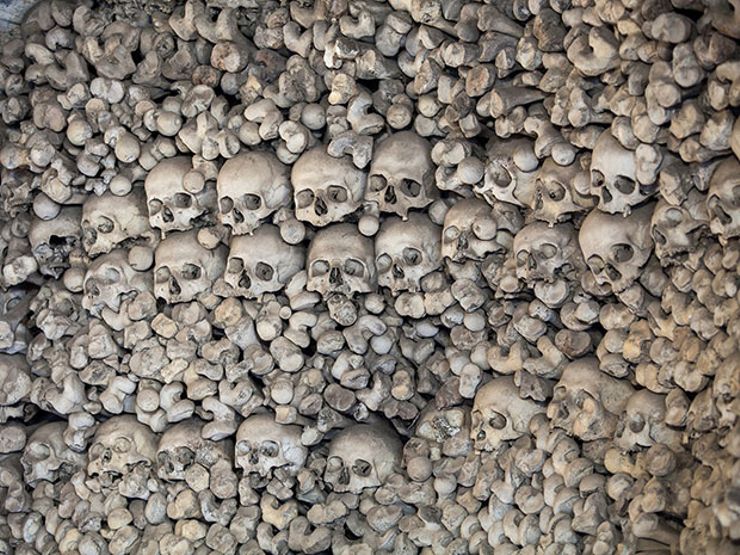 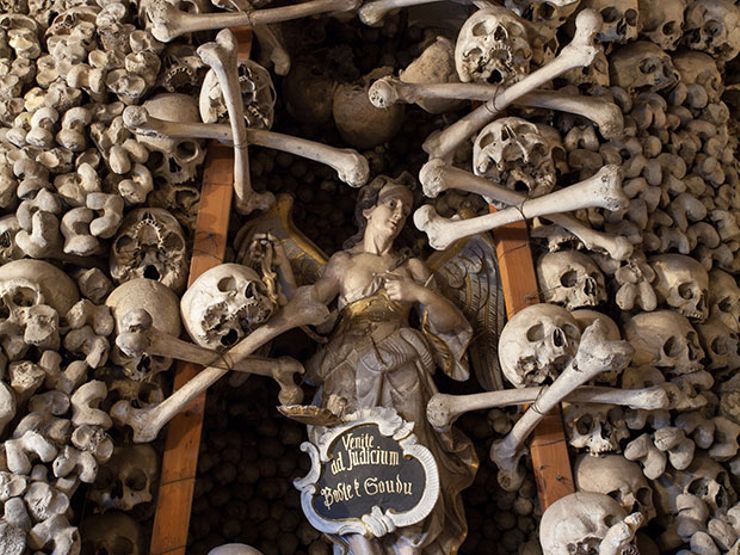 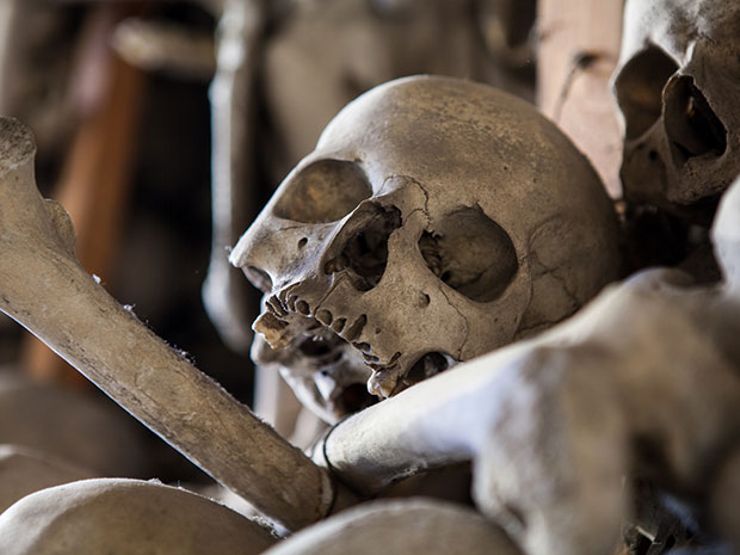