William Herbert Wallace and the Impossible Murder of Julia Wallace

Neighbors watched William open the back door. There, sprawled across the parlor floor, was Julia's lifeless body.

It had all the makings of a classic Hollywood crime drama. In 1931, a Liverpool housewife named Julia Wallace was found bludgeoned to death on her parlor floor. There was no sign of an intruder, no clear perpetrator, and no apparent motive. Police and private investigators were baffled; the community was appalled and suspicious.

Julia Wallace (nee Dennis) was the wife of William Herbert Wallace. William was born on August 29, 1878 in Millom, Cumberland and spent his early years working in clothing and fabric. He traveled around the world in pursuit of advancement, including a two-year stint in India. After spending some time in China, William returned to England in 1907 with health issues, and had his left kidney removed. Between 1907 and 1911, he worked for the Liberal Party in Harrogate, England, and met Julia while living there. They married in March 1914. 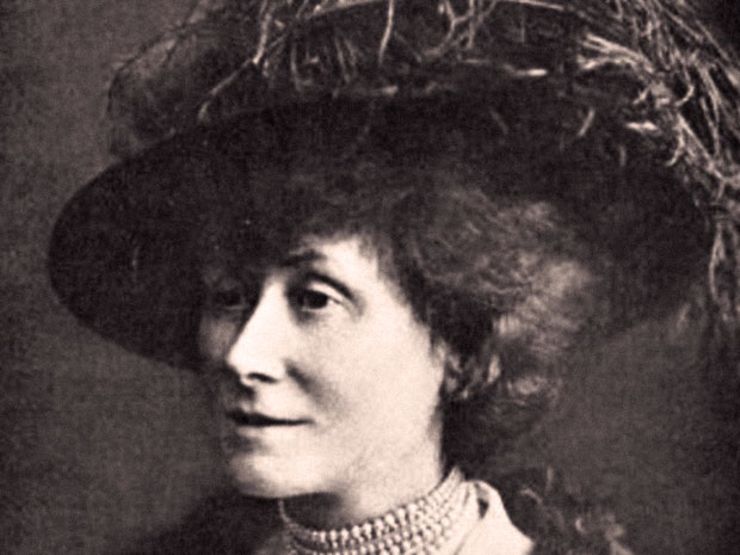 Julia Wallace. Photo via The Unredacted

After the onset of World War I, William’s position with the Liberal Party was eliminated and he was suddenly unemployed. He found work with the Prudential Assurance Company in Liverpool, and he and Julia moved to 29 Wolverton Street in the Anfield district. The 15 years that followed were largely uneventful, save for the couple’s “musical evenings,” during which William would accompany Julia’s skilled piano playing with a violin. He also dabbled in botany, chess, and chemistry.

Related: A Killer in London: The Camden Town Murder

William was to play a chess game at the Liverpool Central Chess Club. When he arrived, the club captain handed him a message that had been taken by telephone 25 minutes prior. The note informed William that a man named “R.M. Qualtrough” was requesting a meeting with him at “25 Menlove Gardens East.” Furthermore, the unknown Mr. Qualtrough said he was occupied with his daughter’s 21st birthday and would not be calling back. Though perplexed, William decided to visit the address the following night.

The next day, William advised Julia not to allow anyone in their home while he was away, then set off on his journey. He traveled by tramcar and arrived at Menlove Avenue just after 7:00 P.M.. After searching relentlessly for “Menlove Gardens East,” inquiring at local newspapers, and asking a police officer, William realized that it did not exist (there was a Menlove Gardens North, South and West, but no East). He gave up after 45 minutes and went home. 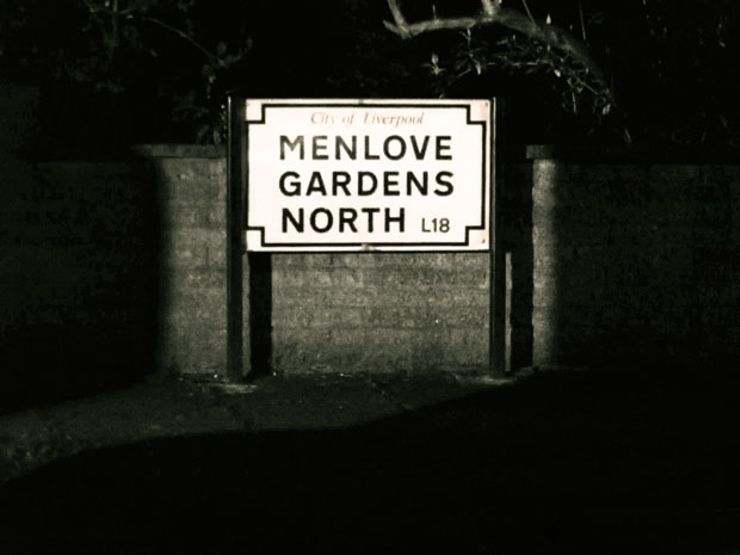 Photo via The Unredacted

William and Julia’s next-door neighbors, the Johnsons, encountered William in the alley, and watched him open the back door of his home.

There, sprawled across the parlor floor, was the lifeless body of Julia Wallace.

She had been brutally beaten to death. When the police arrived, they quickly noted that there was no sign of forced entry, and surmised that Julia had willingly invited her killer into the house. A small sum of money had also been stolen. They estimated her time of death to be 8:00 P.M.

William voluntarily complied with the law and made two statements. He was questioned, then released. But when two weeks passed without any clues, save for the cryptic Chess Club phone message, police arrested William, and charged him with his wife’s murder. They had rounded up enough circumstantial evidence to justify the charge, including “proof” that the mysterious phone call had been placed from a telephone box just 400 yards from the Wallace residence.

In order to confirm their suspicions, the police reenacted the chain of events by sending a young detective through the motions of William’s supposed crime. Though not truly an objective measure, as William was 52 years old and in poor health, the young man’s performance granted the possibility that William would have had enough time to kill Julia then make his way to the tram stop. Police also changed Julia’s time of death, seeming just in order to fit this narrative, to 6:30 P.M.

Still, when police had originally spoken to William at the crime scene, they could not ignore the absence of blood spatter on his clothing. The horrific nature of the murder guaranteed that the killer would be covered in blood. Close examinations of William’s clothing, sinks, and drains yielded no evidence to suggest he was responsible. But there was another explanation: that William had stripped naked and covered himself with a waterproof raincoat before committing the crime. Indeed, such a coat was found underneath Julia’s body.

Despite his persistent claims of innocence, the murder charge stuck and William stood trial at Liverpool Assizes. Most of the trial leaned in favor of William’s acquittal, including testimony from a milk delivery boy who claimed to have met with Julia just minutes before her murder. But, after an hour’s deliberation, William was found guilty and sentenced to death. In an unprecedented twist, the conviction was overturned by the Court of Criminal Appeal. The Court found that the evidence was unsatisfactory, and William was once again free.

In the wake of the trial and the surrounding scandal, William struggled to find normalcy. He received threats and hate mail on a regular basis. And, though he was still employed by the Prudential Assurance Company, many of his customers abandoned him. Two years later, he died from uremia and pyelonephritis in Clatterbridge Hospital at age 54.

Related: A Perfect Murder: the Impossible Death of Isidor Fink

Scores of theories have surfaced in the decades since the murder. Some of them offer proof of William’s innocence, while others confirm his guilt. Perhaps the most intriguing theory concerns a man named Richard Gordon Parry, a junior employee at the Prudential Assurance Company. 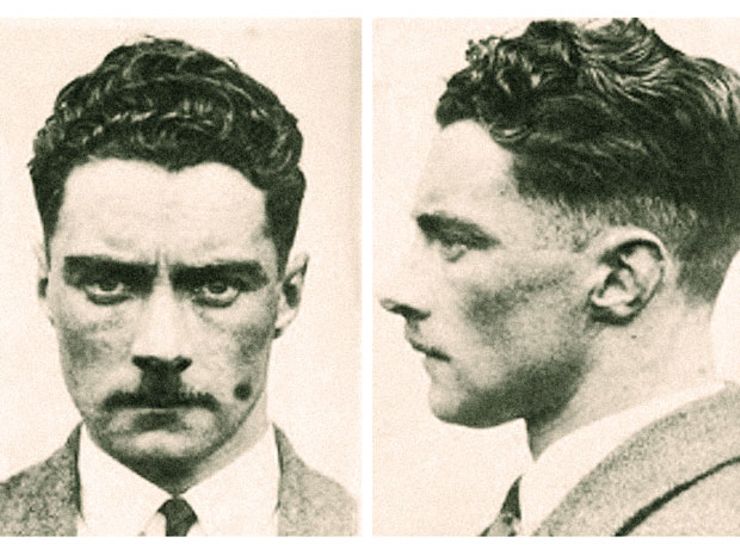 Parry’s mugshot for an unrelated crime. Photo via The Unredacted

At the time of Julia’s murder, Parry was 22 years old. He owned a car and reportedly lived a reckless life. As William’s co-worker, Parry knew that William’s daily insurance collections would have been kept in a cash box at home. Parry was also well acquainted with Julia Wallace, and it’s feasible that Julia would have allowed him into the house under a random pretext. It has been theorized that Parry made the phone call to the Chess Club in order to lure William away the following evening. Once William was out of sight, Parry called on Julia Wallace, gained entry to the house, murdered her, and stole the collection money.

In 1980, a news editor named Roger Wilkes revisited the crime for a radio show. His investigation led him back to Richard Gordon Parry, whom he learned had actually been questioned by police, but was released after presenting a convincing alibi. But Wilkes also discovered evidence that Parry had visited a local garage to wash his car with a high-powered hose, and that a garage attendant noticed one of Parry’s blood-soaked gloves. By the time Wilkes had pieced together his case closer, it was too late. Richard Gordon Parry had died a few months prior on April 14, 1980.