Here's everything you need to know about the surprise early release.

These are trying times, friends. Yet in the midst of constant coronavirus updates and breaking reports, there is at least one flash of good news to help horror fans and hungry readers alike push through these dark days together: Stephen King’s hotly anticipated new collection of short stories, If It Bleeds, is now going to be released ahead of schedule.

If It Bleeds was originally slated for a May 5th release, but the horror legend’s latest work will now be available in hard copy and digital form on April 21st, with the option to pre-order now. As we hunker down to flatten the curve and combat the spread of the coronavirus, news of the surprise release couldn’t come at a better time. King's latest book consists of four bone-chilling new novellas—Mr. Harrigan’s Phone, The Life of Chuck, Rat, and the titular If It Bleeds.

Want more Stephen King? Sign up for The Lineup's newsletter and get our most chilling tales delivered straight to your inbox.

The title story takes place in the near future of January 2021. Detective Ralph Anderson receives a mysterious padded envelope. Inside the package is a flash drive containing an audio report from a fellow detective, Holly Gibney. Gibney and Anderson worked together on a harrowing case that stretched from Oklahoma to a cave in Texas. The investigation permanently altered Anderson's understanding of what was real. Now comes this haunting recorded message from his partner—a message that imparts a chilling warning.

King’s other novellas—such as The Body and Rita Hayworth and Shawshank Redemption—represent some of his best work, garnering critical acclaim and inspiring incredible film adaptations. His newest collection is sure to deliver a fresh set of chills to horror fans far and wide—and this time, the collection is arriving ahead of schedule! In hectic days like these, it's good to pause and enjoy a flash of good coronavirus news.

Pre-order Stephen King's If It Bleeds below! 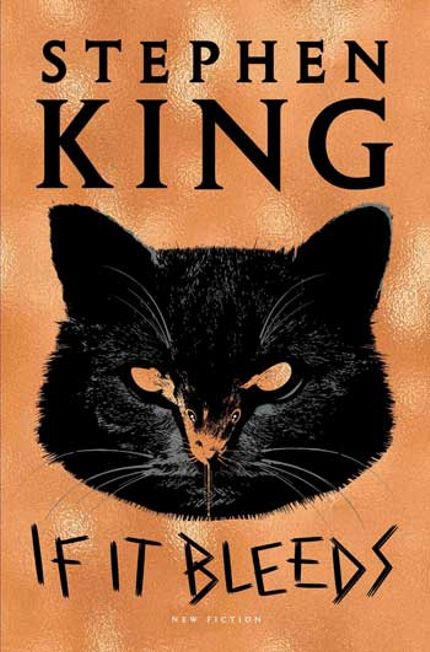 Featured image from cover of "If It Bleeds" by Stephen King