The Ghost Mansions of Huguette Clark

This wealthy recluse owned numerous palatial estates – all of which sat empty for decades while she remained locked in her small hospital room.

During the 1950s, the Bellosguardo mansion of Santa Barbara, California sat in pristine condition. Shined and swept daily by maids, it was filled to the brim with rare treasures. Original paintings by Cézanne, Renoir, and Van Gogh graced the walls of the estate while its windows overlooked 23 private acres and the rolling surf of the Pacific Ocean.

Yet for decades the owner of the Bellosguardo never set foot in her home. Instead, she shut herself off from the outside world – first in her Manhattan apartment, then in a series of sterile Manhattan hospital rooms – until her death in 2011.

Huguette Clark, who died at the age of 104, was a wealthy heiress turned recluse, much in the style of Edith Beale from Grey Gardens. The difference being that all three of Clark’s luxurious homes – a $100 million set of apartments on Fifth Avenue in New York, a $24 million country home in Connecticut, and the $100 million estate in Santa Barbara – were kept in a ghost-like state, uninhabited for years. 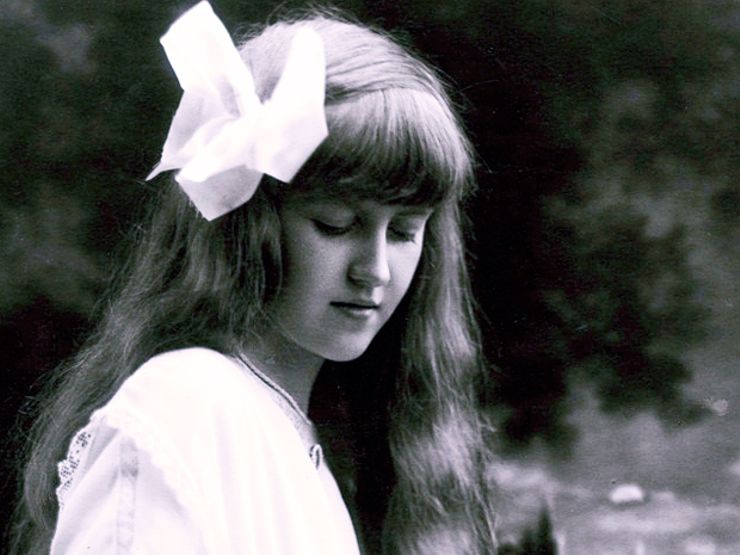 Much of Huguette Clark’s life remains a mystery. An heiress, artist, and daughter of the wealthy banker turned U.S. Senator W.A. Clark, Huguette had all the trappings of a grand American socialite – a lifestyle she determinedly rejected in her adult years.

Some point to Huguette’s material possessions as what led to her withdrawal from society. While she lived in the Fifth Avenue apartment, she obsessed over the upkeep of every inch of wallpaper, spare chair, and expensive rug. She repeatedly called upon an antiques dealer, Robert Samuels, to reupholster untouched furniture or mend a perceived crack in an antique table. Samuels recalls Huguette speaking to him in a childlike voice from behind a closed door – after more than 30 years, he never spoke to her face to face.

One of Huguette’s closest caretakers, Delia Healey, had first-hand experience with her erratic requests. The popular cartoon, The Flintstones, was a favorite of Huguette’s. So much so that she bought Healey an expensive Sony recorder and had her not only record the show but also transcribe each and every episode by hand. 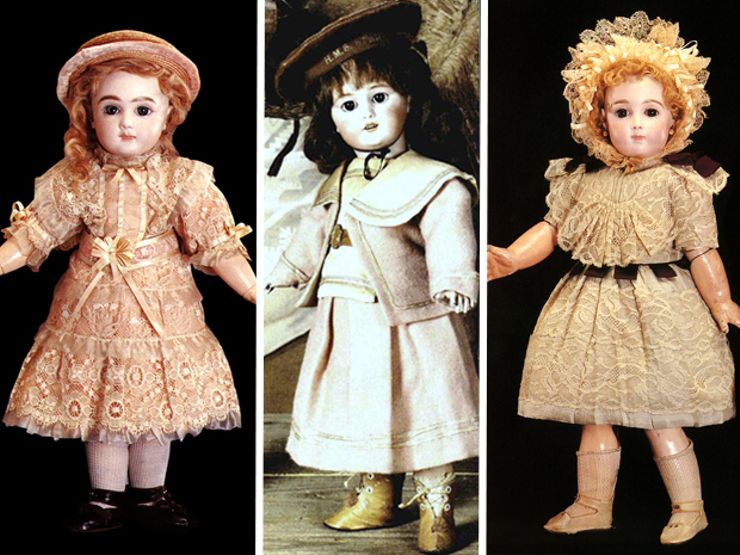 Stranger still, the heiress possessed an extensive doll collection and required Delia to do the ironing and washing of all the dolls’ clothing every day. Often, Huguette ordered Delia to race out and purchase a new doll the second it became available. While Delia was Huguette’s closest acquaintance, she admitted that the woman’s truest companions were always her dolls.

In the late 1980s, health concerns required Huguette leave her Manhattan apartment and see a doctor. Assistants took her to Doctors Hospital on the Upper East Side, where she felt safe and contained.

So the heiress never went home. Instead she remained cloistered in a series of Manhattan hospital rooms, where she reportedly lived under assumed names until her death in 2011, just two weeks shy of her 105th birthday.

At the very end of her life, Huguette possessed an enormous wealth and numerous properties all frozen in time, but little human contact save for the few private aides she permitted into her room. 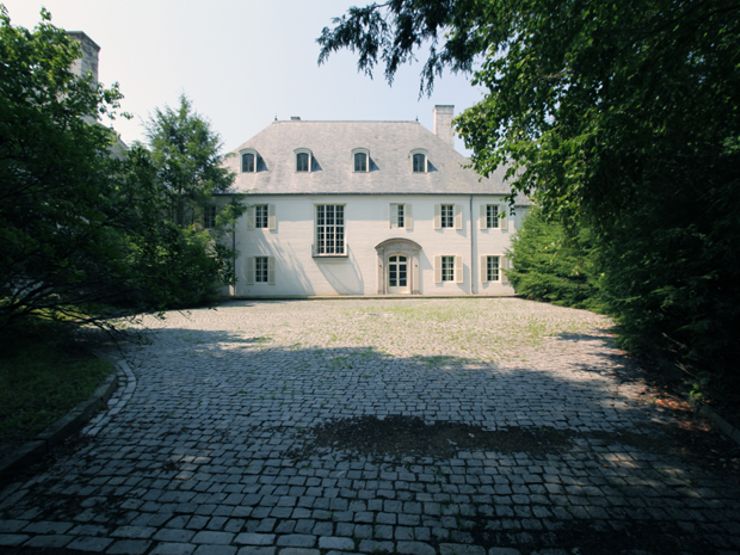 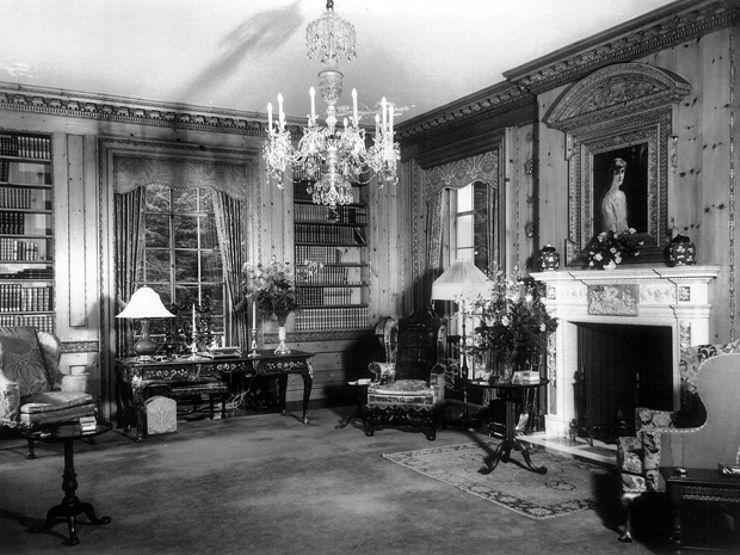 The library at Bellosguardo, the Clark summer home in Santa Barbara, California, c. 1940. The hundreds of bound leather volumes include works by Dante, Goethe, Homer, and Virgil. Although no one from the immediate family visited since the early 1950s, the houseman dusted and turned the books periodically. 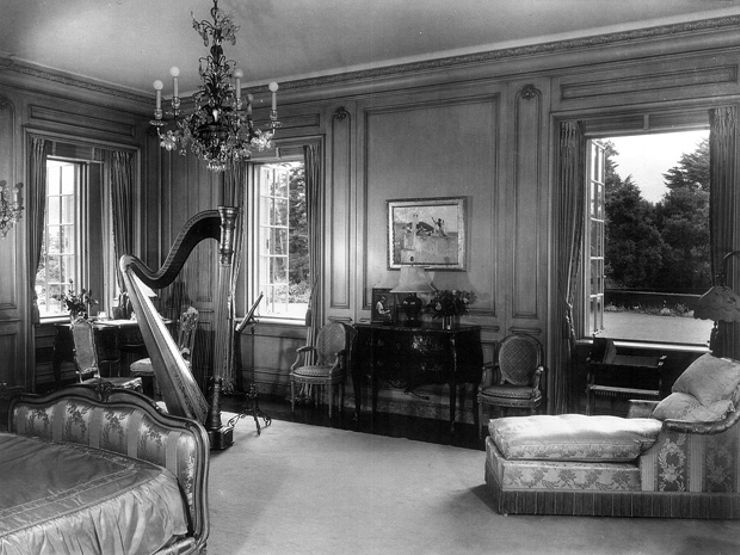 The bedroom of Anna Clark, Huguette’s mother, at Bellosguardo, c. 1940. One of her French pedal harps sits at the foot of the bed. A painting by Sargent hangs between the windows. 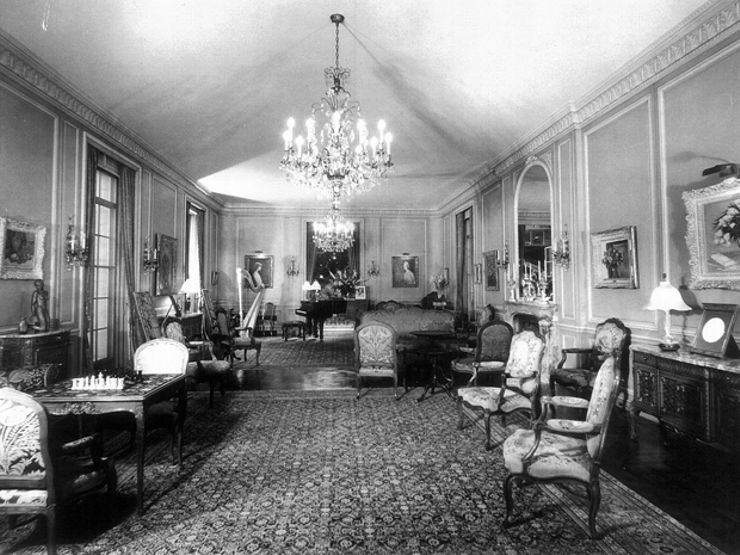 Game tables are ready for chess and cards in the music room at Bellosguardo. Two paintings by Cezanne hang on the left. On the right are paintings by Renoir and Van Gogh. 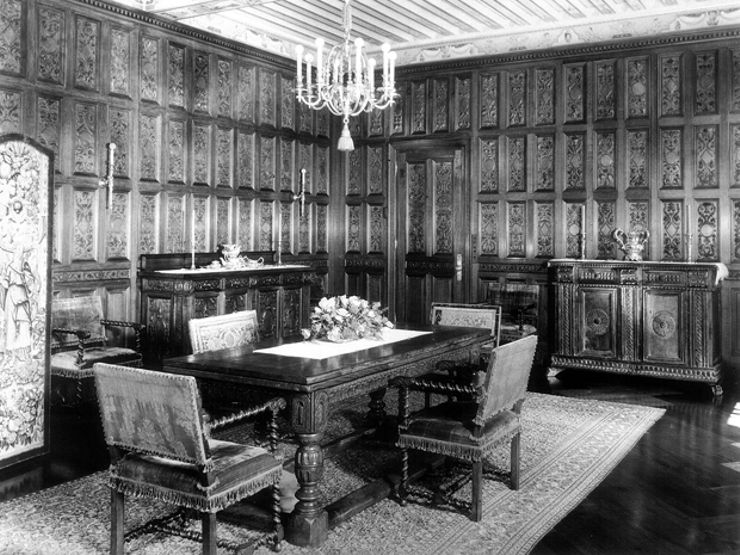 The dining room at Bellosguardo. This is one of the rooms said to have originally been in the old Clark mansion on Fifth Avenue in New York. Each of the 167 vertical panels is unique, carved from a single piece of black oak. 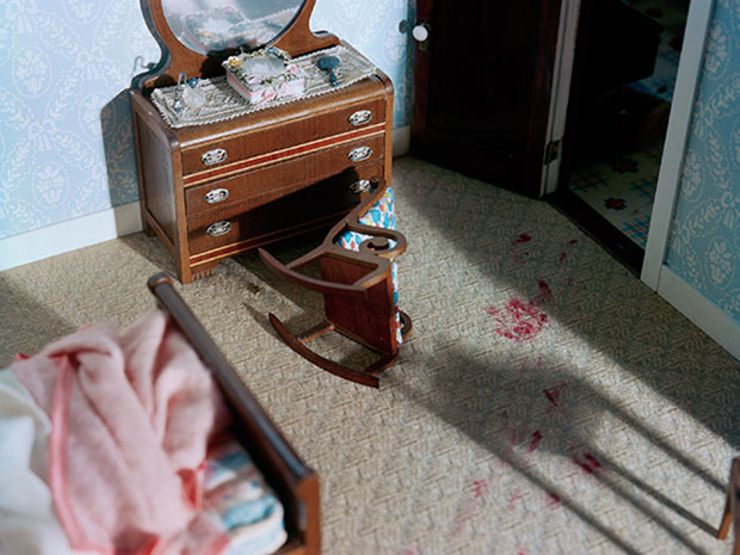 A bedroom inside one of three apartments owned by Huguette Clark at 907 Fifth Avenue, New York. 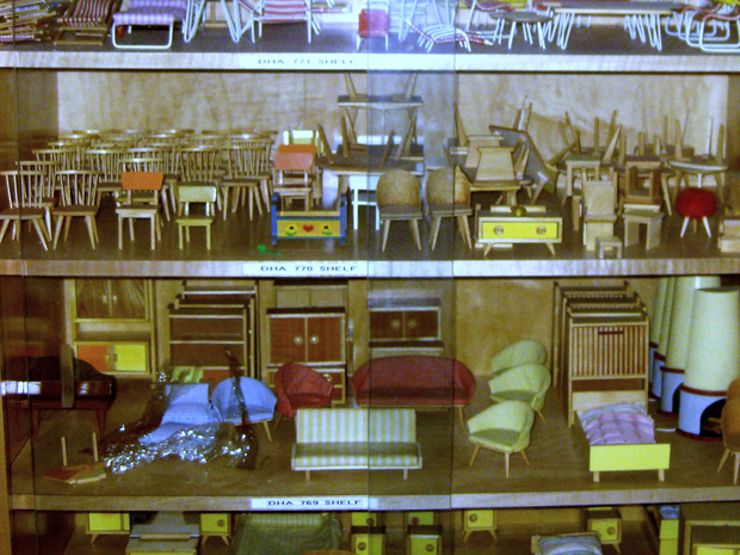 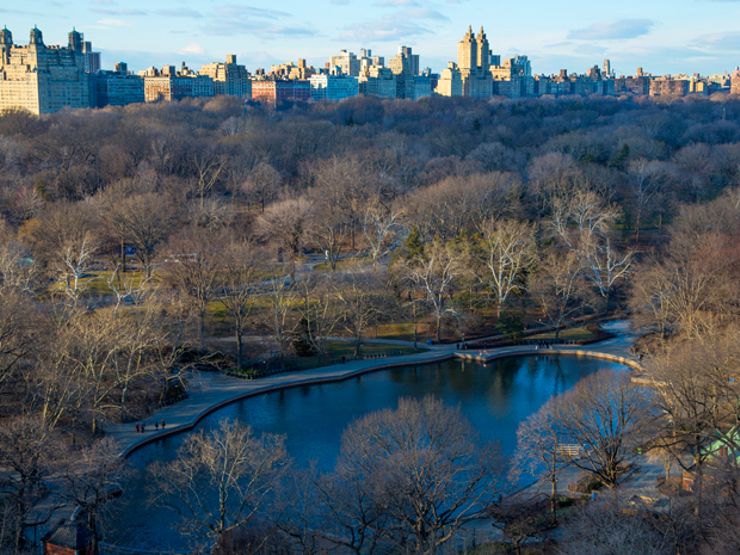 View of Central Park from the roof of 907 Fifth Avenue, where Huguette Clark owned three apartments. 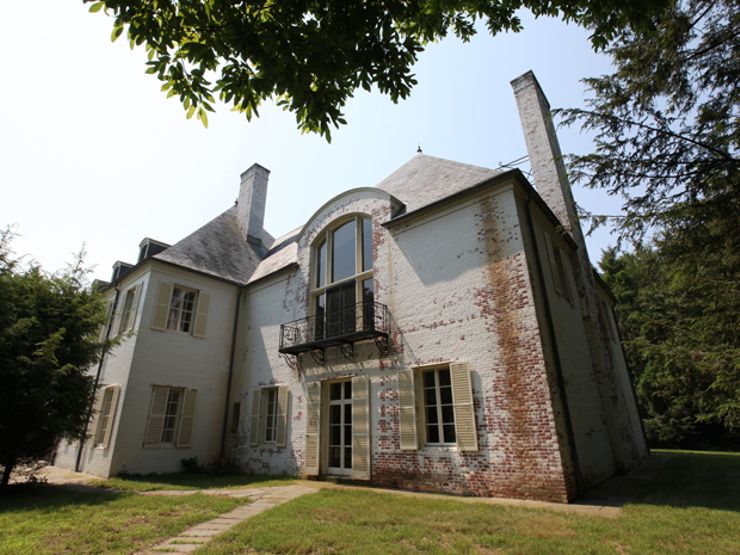 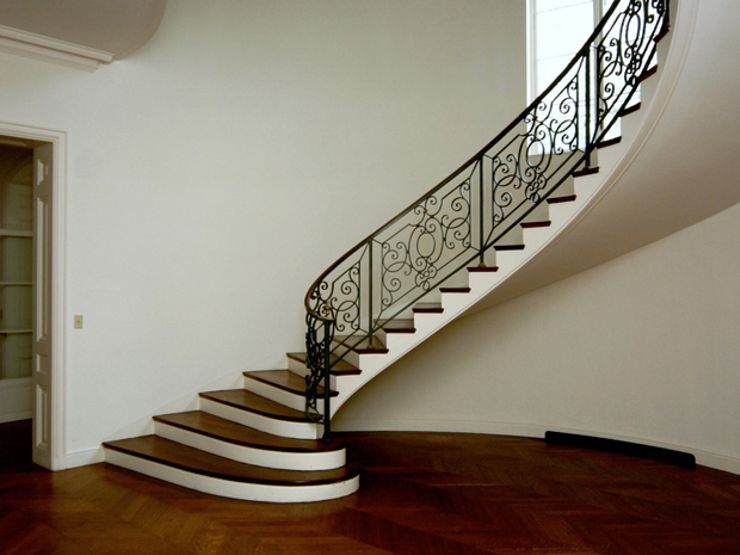 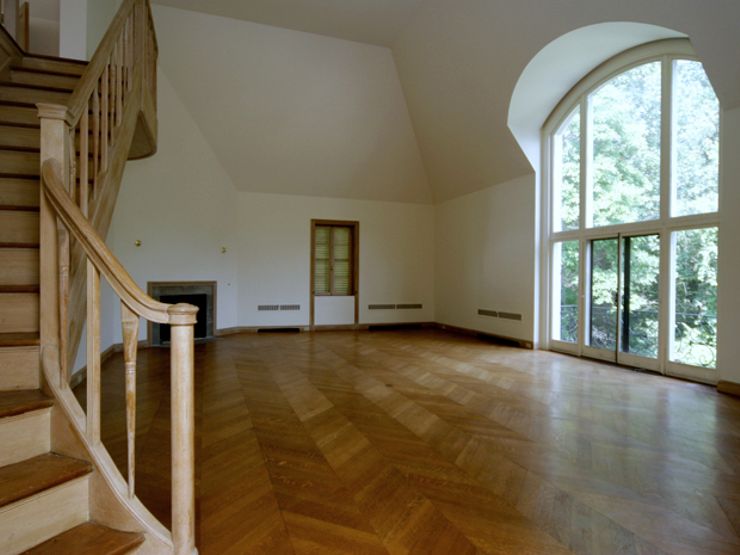 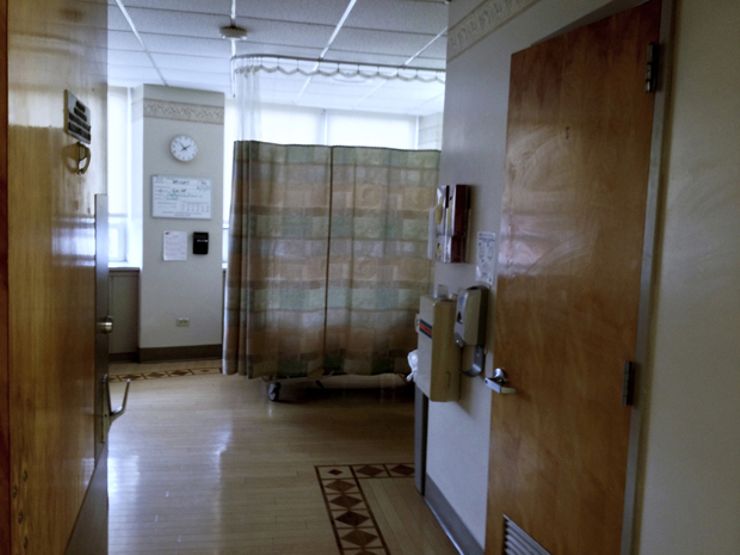 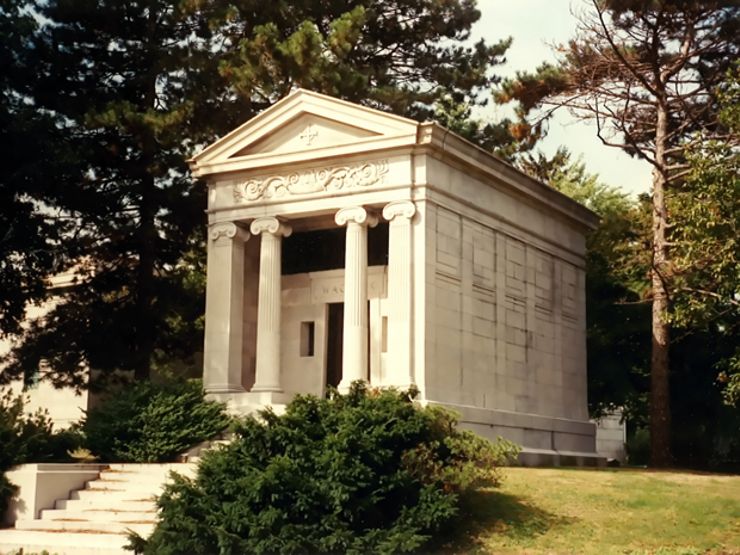 The mausoleum of Huguette Clark in Woodlawn Cemetery, New York. 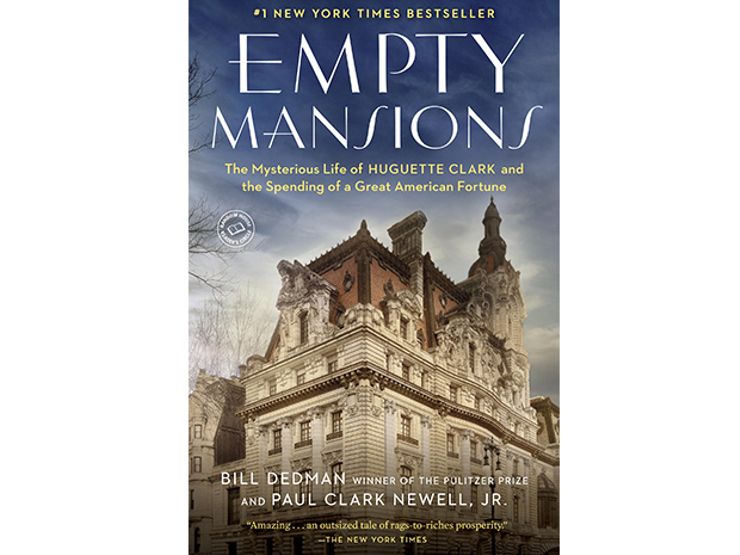 All photos courtesy of the authors of "Empty Mansions: The Mysterious Life of Huguette Clark and the Spending of a Great American Fortune"