Howard Unruh and the Walk of Death

In his own twisted mind, Howard Unruh's killing spree was "justified."

In September 1949, an average-looking man walked calmly down the street in his Camden, New Jersey neighborhood. It was early morning, and he was seething inside. His name was Howard Unruh. He was 28 years old, and fed up with a series of perceived slights that had finally come to a head a week prior.

Howard was born on January 21, 1921 to Sam and Freda Unruh. His childhood was largely uneventful, with the exception of being raised solely by his mother after his parents separated, and going through what was later referred to as a “rather prolonged period of toilet training.” Additionally, Howard did not walk or talk until he was 16 months old. As a boy, he was quiet and shy, but also religious; he read the Bible on a regular basis and attended St. Paul’s Evangelical Lutheran Church. Through the end of his schooling, Howard exhibited normal behavior and was well-regarded by his classmates. According to his senior yearbook, his ambition was to work for the government.

After high school, Howard worked odd jobs until joining the Army in 1942. Soon after, he was knee-deep in World War II, serving in the 342nd Armored Field Artillery, where he learned about the use of weaponry. He participated in the Battle of the Bulge, worked as a tank gunner, and followed orders without incident according to his commanders. However, it was during combat that the beginnings of Howard’s madness surfaced: he kept extremely detailed notes of every German he killed, including the day and time, location, and a graphic description of the corpses. 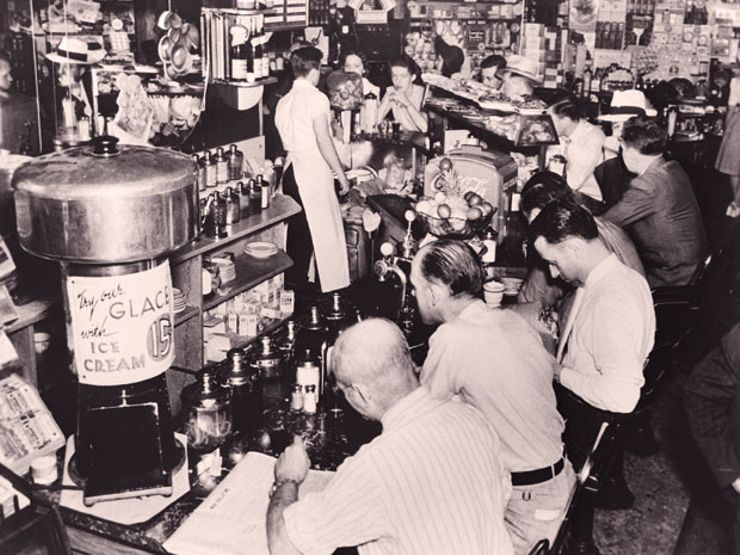 When the war was over, Howard returned to Camden. He rented an apartment and decorated it with mementos from his service: pistols, bayonets, machetes, and ashtrays made from German gun shells. He also practiced shooting in the basement. Over the ensuing years, Howard found various blue-collar work. He briefly entered Philadelphia’s Temple University to study as a pharmacist, but only stayed a few years. By the end of 1948, he’d stopped working and had no choice but to live with his mother in East Camden. He was also routinely angry, with no clear reason behind his outbursts.

Soon, Howard began to perceive everyday events as personal attacks against him. He kept lists of the people who offended him and vowed to exact revenge. Some of his grievances included people who gave him incorrect change, to neighbors who asked him to turn down his music. He became increasingly paranoid, and convinced himself that everyone was talking about him privately. Furthermore, Howard identified as a homosexual, and used his orientation as the reason he was being “persecuted.”

In a short time, Howard had become a ticking time bomb. And on Labor Day in 1949, something happened that pushed him over the edge.

Leaving Camden for Philadelphia’s Family Theatre, Howard set out to see a double feature: I Cheated the Law and The Lady Gambles. But Howard was more absorbed with his date; a man with whom he’d been involved for months was supposed to meet him. Unfortunately, Howard got stuck in traffic and arrived late, by which time the other man had gone. In a fit of silent rage, Howard sat in the dark theatre and watched the same movies loop multiple times, until finally leaving and arriving back home at 3:00 A.M. When he got there, he noticed that his gate had been broken; he attributed it to an act of vandalism perpetrated by his next door neighbors.

It was the only excuse he needed. He walked into his apartment, grabbed his 9mm pistol, two clips, and 33 loose cartridges. He spent most of the night going over a list of victims in his head. The following morning around 8:00 A.M., Howard’s mother woke him up and made breakfast. After eating, Howard took a wrench and raised it threateningly above his mother’s head. More confused than afraid, Freda Unruh questioned him. He said nothing to her, and soon walked out the door with his gun, ammunition, a six-inch knife, and a tear gas pen with six shells.

His walk had begun. Howard first took a shot at a bread deliveryman but missed. Next, he strolled into the shoemaker’s shop and fired into the chest of 27-year old cobbler John Pilarchik; he then shot Pilarchik in the head. His next stop was the barbershop. Walking in, Howard saw 33-year-old barber Clark Hoover attending to 6-year-old Orris Smith. Orris’ mother Catherine was also there. Howard fired a single bullet into the boy’s head and then shot Hoover. He did nothing to Catherine Smith and left.

Related: Death in the Heartland: the Murder Spree of Charles Starkweather

Howard’s next shots were random and all missed. But when he headed for the drugstore, the carnage continued. 45-year-old James Hutton walked out of the store and came face to face with Howard; after shooting Hutton once, Howard stepped over him and went inside to find the Cohen family: Maurice, 40, Rose, 38, Charles, 12, and Maurice’s mother Minnie, 63. Howard shot Rose in the face. He shot Minnie multiple times. He shot Maurice in the back. Returning to the outside, Howard proceeded to kill four passing motorists. Then, he killed two more people: 28-year-old Helga Zegrino, whom Howard shot at close range, and a 2-year-old named Thomas Hamilton who was playing in the window. 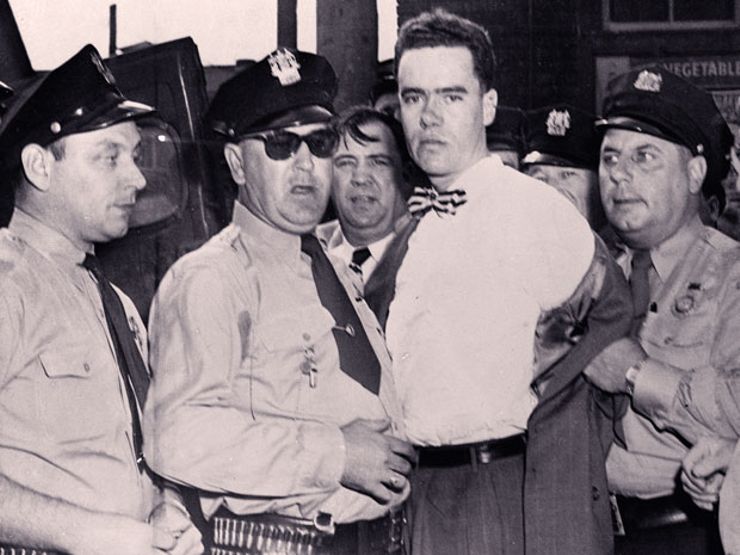 After wounding another two people, Howard ran out of ammunition and went home. There had been so many witnesses that police quickly descended on the apartment. More than 50 officers surrounded the building and opened fire with machine guns, shotguns, and pistols, despite many innocent people milling about. They even climbed onto the roof and dropped teargas into the apartment. This was enough for Howard, who calmly walked outside and surrendered.

Surprisingly, Howard seemed to have a full understanding of his crimes, and presented his list of grievances to police as a means of justifying the killings. He remained calm and collected as he explained his reasoning, and then stated: “murder is sin, and I should get the chair.”

Eventually, Howard was declared a paranoid schizophrenic (which has since been disputed given he did not exhibit the usual signs). His diagnosis did not allow him to be criminally prosecuted. Instead, he spent time in several mental institutions, and for the most part, disappeared from public view in the subsequent decades. In 1993, Howard was transferred to a geriatric unit with light security and little restriction.