How a Journalist Got Inside the Mind of Killer Marie Hilley

I’m not sure what it is about a true murder story, but a good one can stay fresh for a long time. I had the good luck to come across two of them and turn them into books.

The first was about an extraordinary woman who killed her husband and got away with it—she tried to do the same thing to her daughter and got away with that, too, until it was almost too late. And she was just starting. She invented a twin sister, staged her own death, then pretended to be her sister and fooled almost everybody, including her “sister’s” husband.

The other story was about a series of killings in a peaceful river valley along the border between New Hampshire and Vermont. The repeated jolts of tragedy engaged a fascinating cast of investigators, including one of the first criminal profilers—a job title non-existent then, but well-known now from shows like Criminal Minds—pursuing a killer terrifying their small-town world. I wrote about it in The Shadow of Death. 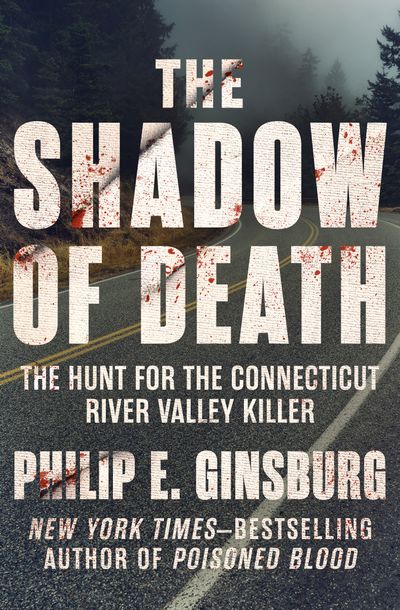 I wasn’t exactly a stranger to stories about killing. One of my first jobs in a life of serial careers was as a newspaper reporter in a good-sized city. At the time I came across the story that turned into Poisoned Blood, about the lethal woman who rewrote her own life, I was looking for a project to keep me busy during a leave from my job as executive director of a cultural organization. Becoming a full-time writer made a bigger impact than most job changes. I went a little crazy. At least...I hope it was a little.

With Poisoned Blood, I learned about the climax of the story first, when New Hampshire newspapers reported the arrest of Audrey Marie Hilley and the discovery that she was wanted for murder in Alabama. My first reaction was that the impersonation made it sound like a murder story dressed up with an oddity, like one of those old-time newspaper tales where somebody found a potato that looked like Abe Lincoln. But then I started thinking about what kind of person would do what Marie (as she was known) Hilley had done—murder, almost-murder, escape from Alabama, change her identity, get married…the list goes on and on. I had to know more. 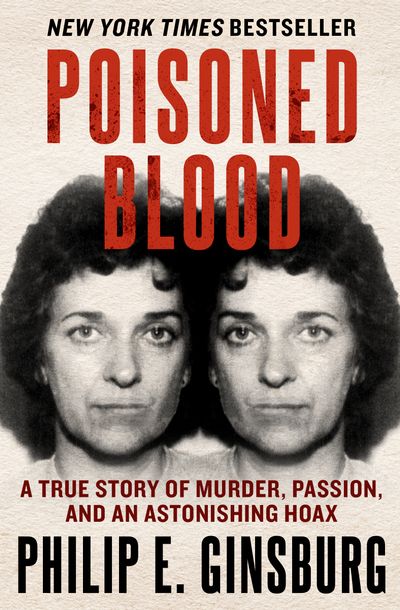 It turned out that there was a lot more to know. And my curiosity about how someone could live that life—at once brilliant, cruel, daring, and murderous—took me deeper into a number of lives than any story I’d ever worked on.

It shouldn’t be surprising that writing a book is different from writing a newspaper story, which I’d done a lot of before Poisoned Blood. And yet, my initial worries—that I had no idea where to start or what do after that—quickly evaporated. I did start like a reporter, traveling to the other side of New Hampshire to talk to people who had known Marie Hilley and her second husband, but I soon felt the first big difference: working without a deadline the next day gave me time, no surprise there, to talk to people in a different way. I didn’t have to settle for “just the facts,” the minimum I needed to tell the reader what happened. And it reminded me of something I’d learned when I started as a reporter, something that’s shaped my life and that I’ve passed on to my children:

Every person has a story. No matter how small or how large their lives seem at first glance, how ordinary or exceptional, if you give them the confidence to tell about it, and if you listen with care and sympathy, they have an experience of the world that can teach you something about life—and often about yourself.

And that was what was different about writing a book.  The extra time let me go beyond the facts to something deeper, to explore what people felt, about their lives, about themselves and those around them, and from there to their experience with Marie Hilley, about the effect she’d had on them. It was just a start, but that began to teach me who she was. And it was the first step into a place I’d never gone before.

In Florida, where she had fled from her hometown, I traced her steps and used credit card receipts to pinpoint the exact moment when she changed her identity for the first time. I went to the small city in Alabama where Marie grew up and talked with the daughter she’d treated so cruelly—now an adult, her son—a young minister, increasingly worried about what was happening at home, their grandmother and aunts and uncles, their friends and Marie’s, her defense attorney, the detectives who’d worked on the case and the prosecutors, her employers and people she’d worked with, people in diners and on the street—every one of them feeling that their connection to Marie Hilley, even if they’d only read about her in the newspaper or seen her on TV, was one of the most extraordinary things that had ever happened to them.

With each conversation I felt I understood Marie Hilley a little more deeply. By then she was in the Alabama State Women’s Prison, and each time she turned down my requests for an interview, it became less and less important. I was getting closer and closer.

I was spending a lot of time in the library, reading old newspapers, searching out high school yearbooks, reading histories of the town to get a sense of the environment that produced this woman, these events, and it was where, one otherwise unexceptional afternoon, I was looking at a class picture in a high school yearbook. Marie had placed herself, as she so often did in pictures, in the front row, and next to the most popular girl in her class. And Marie had made herself into a twin of Rachel Knight: same pert smile, same hairdo, same short-sleeved sweater and long, trim skirt, even the same V of the necklace.

In that instant, I understood Marie’s obsession with twins, visible in so many moments of her life, and my sense of her filled in around it to the edges of her personality. I stood up from the table. Now I didn’t just understand Marie Hilley, I was inside her mind. A part of me had become Marie Hilley.

I stood there for some brief time, transfixed by the idea, the intimacy of the moment, and the danger of losing myself, my identity, to her.

It was over in a minute, or two, or three, I don’t know how long, and I came back to myself, though slowly, to the reporter, the objective observer. But the experience never left me completely.

Now, I thought, I know how to write this book.