After poisoning his wife, Herbert Armstrong set his sights on a rival lawyer. But when his target just wouldn't die, Armstrong's toxic methods turned messy.

Persistence is a trait often associated with officers of the law. But 19th century lawyer Herbert Armstrong found a far deadlier use for his doggedness…

Poisoning his wife and a rival solicitor.

There’s just one catch: the man was no criminal mastermind.

Herbert Armstrong and his wife, Kitty, had two girls and one boy. They lived in the tranquil village of Hay-on-Wye near his law practice, Cheese & Armstrong. Herbert, a well-liked man and an avid gardener, became a captain in the Volunteer Force. He served in World War I from 1914 to 1918 and was referred to as “Major Armstrong” after the war.

The family made the ideal suburban unit – yet trouble brewed beneath the surface. Herbert reportedly had a wandering eye that led to extramarital affairs. Kitty, meanwhile, bullied her husband in public. According to one researcher, she often called Herbert home early from parties on nights where he needed a bath.

Herbert’s only relief came from his work in the garden. It was at this time that he dreamed up another application for the weed poison in his shed.

In the spring of 1920, Kitty was struck ill. By August, she was delusional, with fever and heart irregularities. The family physician, Dr. Thomas Hincks, sent Kitty to a mental asylum near Gloucester, where doctors studied her mysterious ailment.

Throughout, Herbert appeared a doting husband, spending time at her bedside and expressing concern to her doctor and friends. 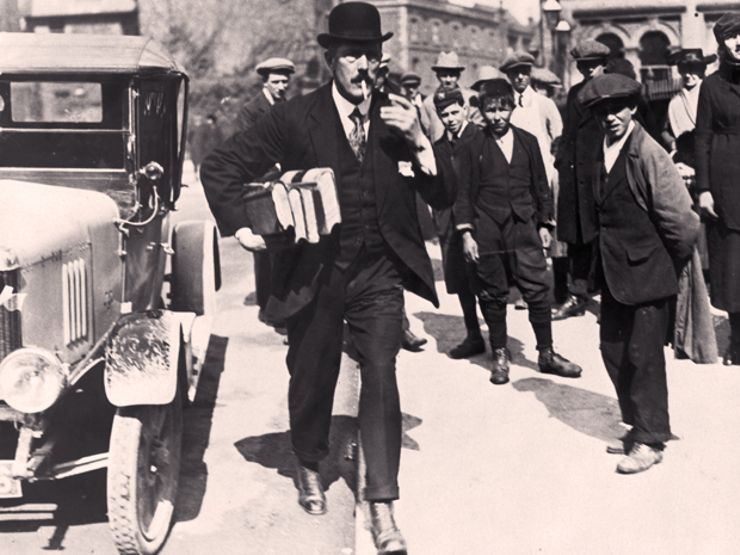 By January of 1921, Kitty’s condition had improved enough to leave the hospital. Herbert requested she be released into his care. Thinking it entirely natural, Hincks acquiesced.

Not long after, Kitty’s symptoms returned – then grew worse. By February, she was dead. Dr. Hincks was baffled by Kitty’s abrupt demise, yet declared that she had died of gastritis aggravated by heart disease and nephritis.

With Kitty gone, Herbert set his sights on Oswald Martin, a rival solicitor in Hay. They were currently working on a valuable property sale, representing opposing parties. If Herbert lost the case, his client would owe a large sum of money to Oswald’s firm.

On October 26, 1921, Herbert invited Oswald over for tea and conversation. At the meeting, Herbert handed a buttered scone to Oswald and said, “Excuse fingers.” Oswald ate the scone, then left. That night, he became terribly ill.

The sick man explained what happened to his concerned father-in-law John Davies. Mr. Davies, incidentally, was the town pharmacist who had recently sold Herbert a large amount of arsenic.

Herbert claimed he used the arsenic to kill dandelions on his property – this despite the fact that it was fall, and there were hardly any dandelions present.

Davies told his son-in-law to keep his eye on Herbert. He then brought his suspicions to Dr. Hincks, who quickly connected Kitty’s mysterious demise with Oswald’s toxic condition. 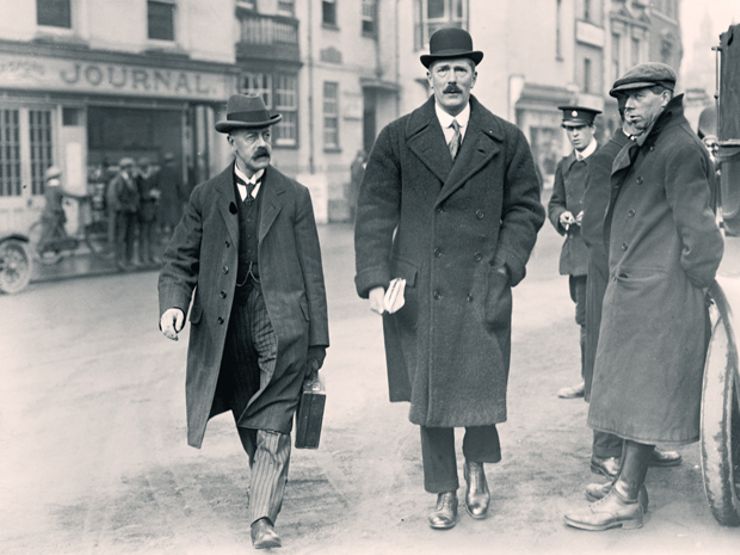 Dr. Thomas Hincks and associates stand outside the courtroom during Armstrong’s trial.

A curious incident at the Martin household confirmed Dr. Hincks’ suspicions. A few weeks before Oswald’s meeting with Herbert, someone had delivered a box of chocolates to their doorstep. The sister-in-law of Oswald’s wife popped one of the chocolates in her mouth. She instantly became ill.

Luckily, there were a few pieces left. When examined, the group discovered a puncture at the base of each sweet, and traces of arsenic inside.

On New Year’s Eve of 1921, authorities arrested Herbert Armstrong and charged him with attempted murder. Upon searching Herbert’s home, they found large quantities of poison. Then, forensics exhumed Kitty’s corpse – where they found traces of arsenic in her body.

The press dubbed Herbert Armstrong “The Hay Poisoner” in reference to his tranquil town. During the highly publicized trial, Herbert maintained his innocence. Some individuals even thought he was framed.

The court, however, refused to buy Herbert’s claim that he merely carried arsenic in his pocket to squirt on the weeds in his garden. On May 16, 1922, The Hay Poisoner was sentenced to death for the attempted murder of Oswald Martin and murder of his wife, Kitty. On May 31, he was hanged at Gloucester Prison. 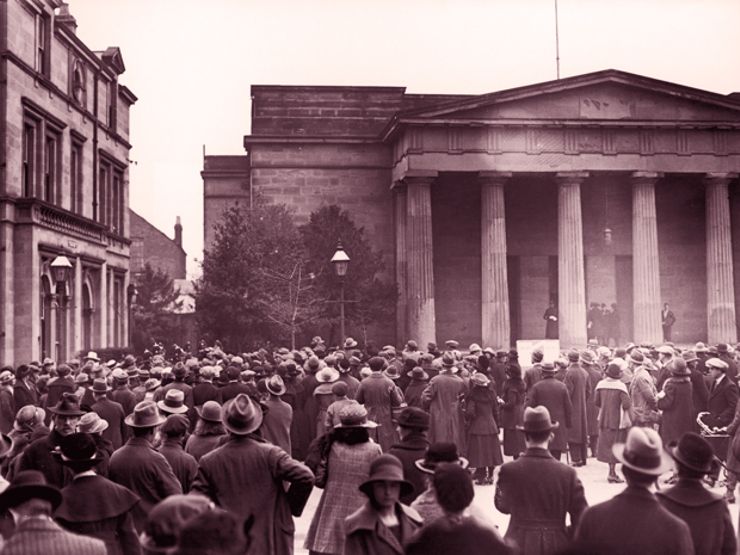 Crowds gather outside the courtroom during Armstrong’s trial.

He became the only lawyer in the United Kingdom to ever be hanged for murder.