8 Most Haunted Places in Chicago

From the Second Regiment Armory to the site of H.H. Holmes' infamous murder castle, the Windy City is bustling with paranormal activity.

As the American Midwest’s most bustling metropolis, Chicago is a tourist destination for all types of travelers. But the Windy City’s storied past means there’s more than just a good time to be had … Chi-town is also bustling with paranormal activity.

From the Second Regiment Armory to the site of H.H. Holmes’ infamous murder castle, here are eight of the most haunted places in Chicago. Don’t say we didn’t warn you. 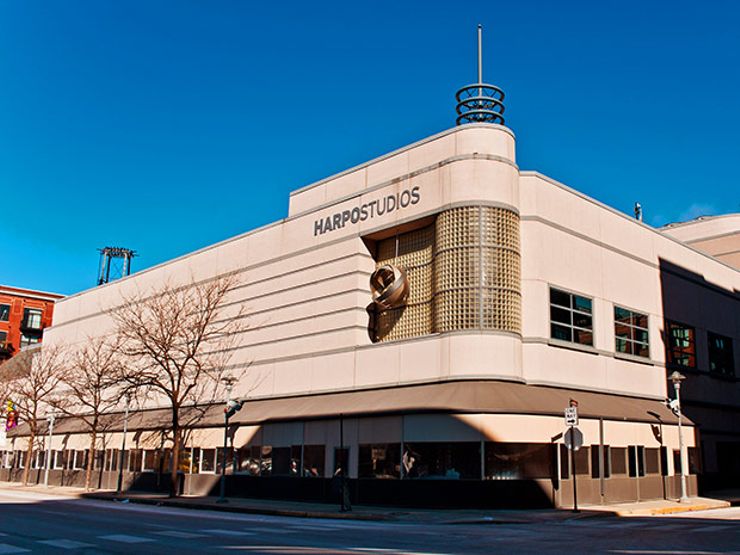 In 1915, the SS Eastland, a Chicago-based passenger ship used for tours, rolled over while docked in the Chicago River, killing a total of 884 people. In the aftermath of recovering bodies, many of the deceased were taken to the Second Regiment Armory, which is now the site of Oprah’s Harpo Studios. Some of the people who work in the studios claim that some mysterious and spooky things happen on the premises. 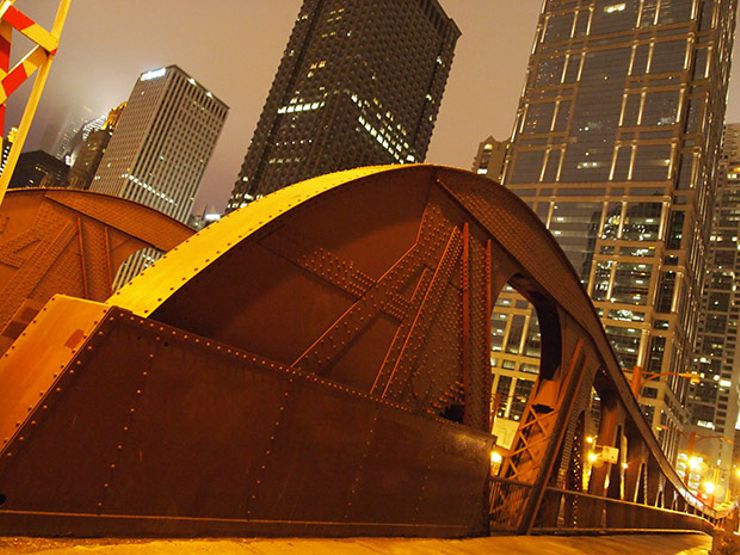 Overlooking the site of the Eastland rollover, tourists and locals alike claim that, from the bridge, they have spotted bodies floating, then sinking, into the Chicago River. An eerie sight, for sure, and no doubt connected in some way to the death of the passengers and crew aboard the SS Eastland. 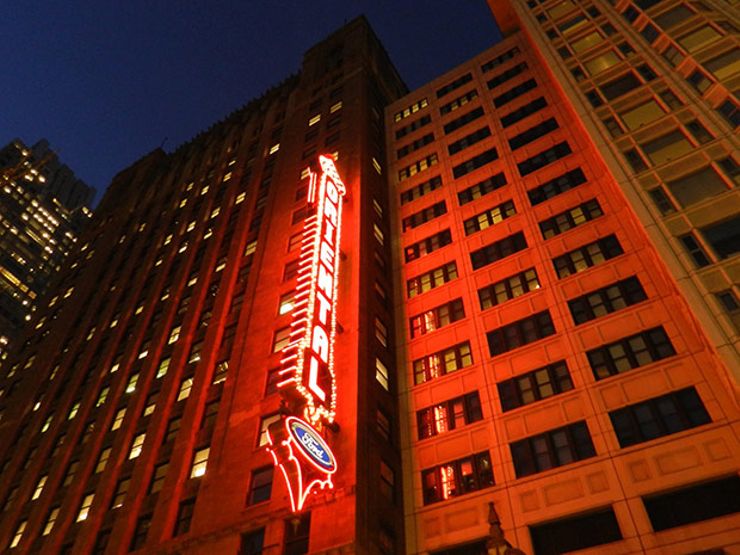 Although the theater has changed ownership—and names—several times in the last hundred years, it hasn’t been able to move past the great tragedy that occurred just weeks after its grand opening. On December 30, 1903, a fire raged through the building, killing 572 people, with another 30 victims later succumbing to their injuries. Today, some claim to hear footsteps of those who perished over a century ago, and residents in the building behind the theater are often struck with intense feelings of uneasiness. 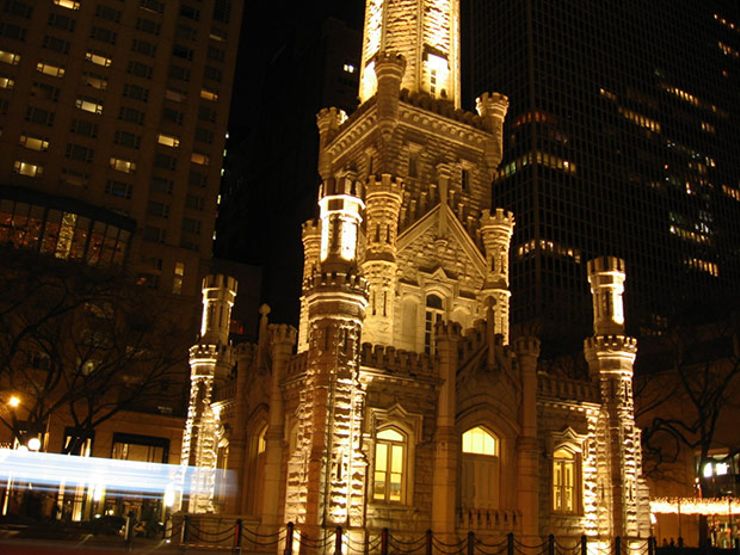 They say that during the Great Chicago Fire of 1871, a man hung himself from the limestone Chicago Water Tower—avoiding death by flames, as the flames crept upwards. To this day, it’ claimed that a figure can be seen dangling from the windows of the tower, which remains one of the only structures still standing in the burned area. 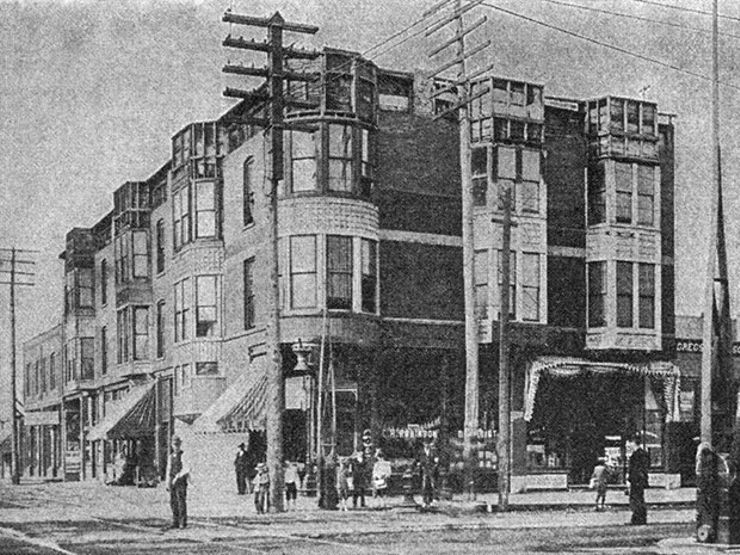 The infamous American serial killer Herman Webster Mudgett is better known by his alias, Dr. Henry Howard Holmes—or simply, H. H. Holmes. Holmes arrived in Chicago in 1886, and less than ten years later opened an enormous, 3-block long hotel called the World’s Fair Hotel, as it was built in time to serve guests of the city’s World’s Columbian Exposition in 1893. Neighbors called the building “The Castle,” due to its size—though once they learned of the horrors that happened within, it would be known as Holmes’ “Murder Castle.” Holmes admitted to killing at least 20 victims within the walls of his nefarious hotel—gas chambers, crude operating tables, and pits of acid were found later—though it’s estimated that the death count could be well into the hundreds. While the castle was ultimately torn down, the corner of 63rd and Wallace continues to attract ghost hunters, as well as USPS patrons—the Englewood Post Office stands in its place.

Related: 10 DEMENTED DOCTORS THAT WILL MAKE YOU SICK 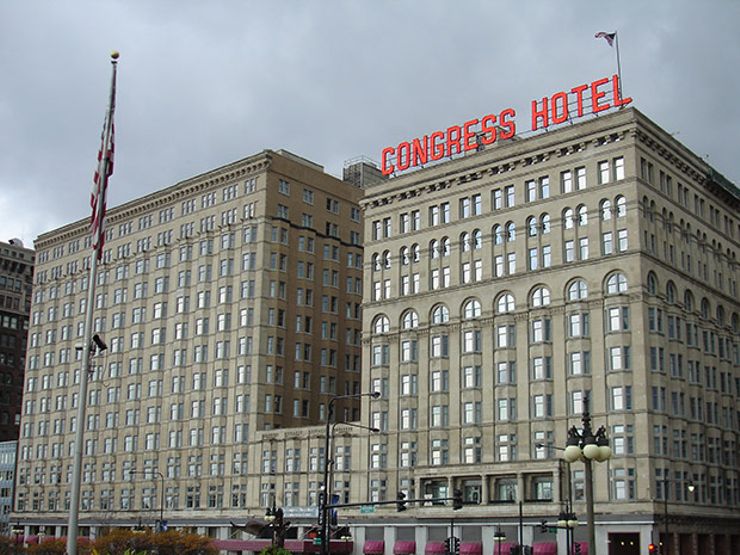 Also built to house out-of-town guests for the World’s Columbian Exposition—but not with nearly the horrific backstory as the Murder Castle—is the Congress Plaza Hotel, which was rumored to be a hangout for Al Capone. The stories of apparitions and paranormal activity within the hotel are prolific, ranging from the ghost of a young boy whose mother jumped with him and his brother from a high window, to pianos playing themselves, gunshots ringing out in the banquet room, and the incredibly creepy room 441, where apparently a shadowy outline of a woman lurks—it is the room from which hotel security is most frequently dialed.

Related: THE MOST HAUNTED HOTEL IN EVERY STATE 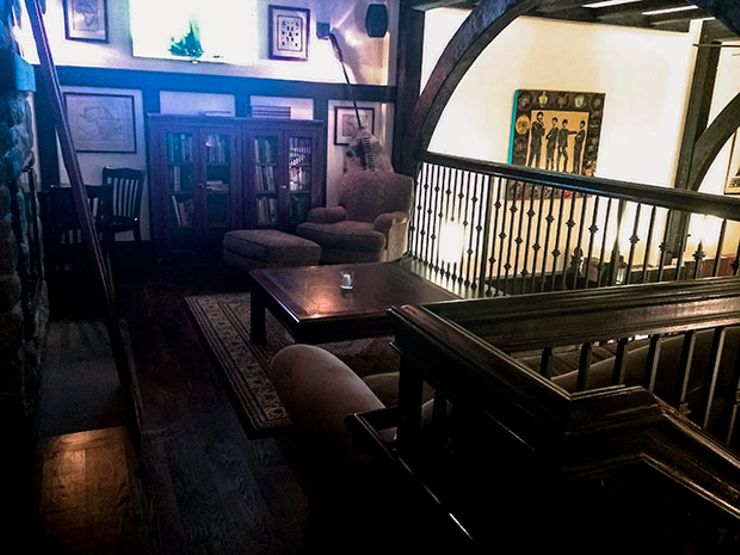 The Red Lion Pub has become a regular installment on any tour of the Windy City’s haunted places, and is known as the “most haunted pub in Chicago.” According to ghost gurus of the city, patrons of the pub, and employees, the place is riddled with an assortment of ghosts. The sightings are many: From a cowboy to a lady dressed in 1920s garb, a man in a black hat to a little girl, and even a woman who lives in a bathroom stall and has the tendency to lock pub-goers in. Check out the place for yourself, and enjoy a meal while you’re there—if the plate doesn’t fly out of your server’s hands! 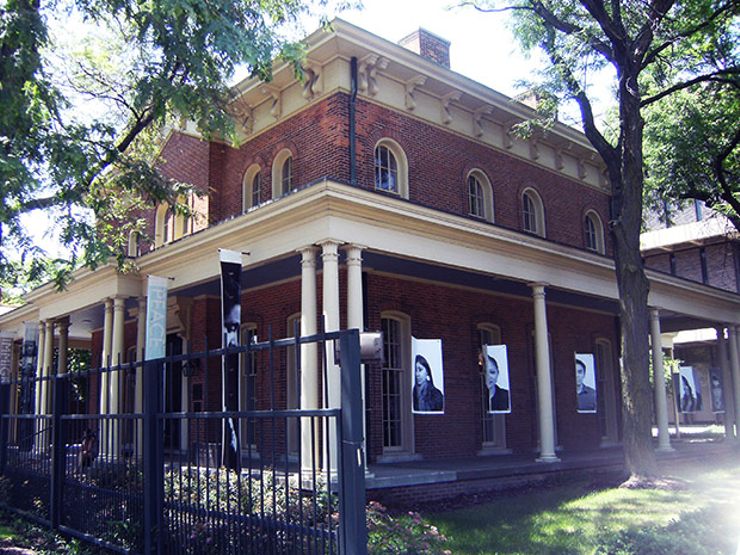 Created by suffragette, social worker, and activist Jane Addams, the Hull House was used by arriving immigrants as a transition home while they looked for more permanent housing. Addams herself seemed to joke about the fact that the house may be inhabited by ghosts, claiming that the attic may have been haunted and even spotting a “lady in white” in one of the front rooms. Some of the strange occurrences still experienced today include lights flickering on and off, motion detectors going off when nobody is around, and windows breaking.