Who Lies Buried in the Grave of the Female Stranger?

In a quiet Virginia cemetery is a peculiar tomb that has mystified visitors for nearly two hundred years. 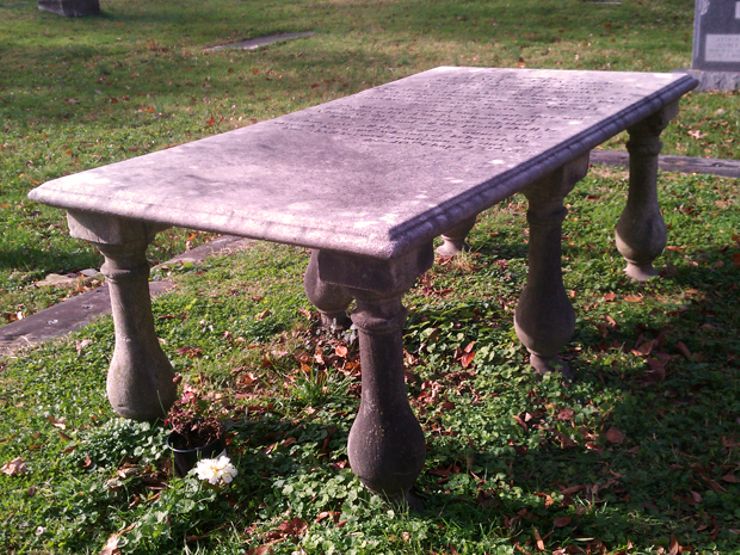 St. Paul’s Episcopal Church Cemetery in Alexandria, Virginia is home to a most peculiar grave—one that bears no name, only a haunting inscription: “To the memory of a Female Stranger.” The identity of the soul at rest beneath the headstone remains a mystery, attracting visitors and inspiring ghostly tales since at least 1833.

The inscription in its entirety reads as follows: “To the memory of a Female Stranger whose mortal sufferings terminated on the 14th day of October 1816. Aged 23 years and 8 months. This stone is placed here by her disconsolate Husband in whose arms she sighed out her latest breath and who under God did his utmost even to soothe the cold dead ear of death. How loved, how valued once avails thee not/To whom related or by whom begot/A heap of dust alone remains of thee/Tis all thou art and all the proud shall be. To him gave all the Prophets witness that through his name whosoever believeth in him shall receive remission of sins. Acts 10th Chap. 43rd verse.” 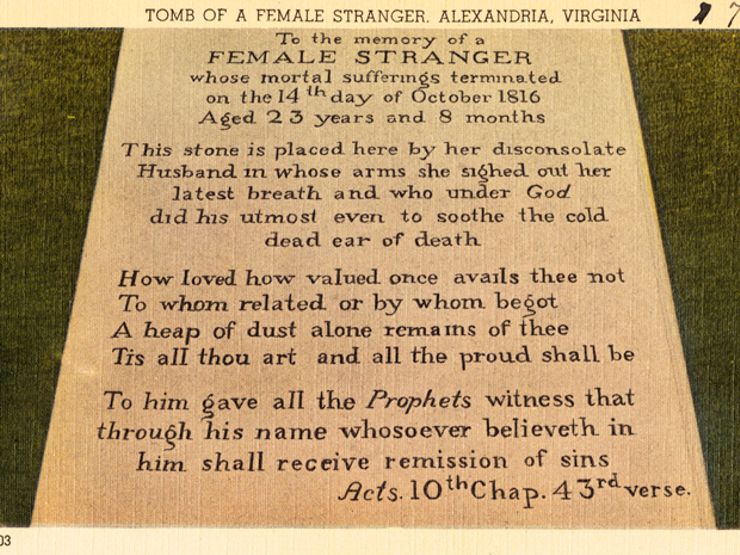 The poetic verses are taken from Alexander Pope’s 1717 poem “Elegy to the Memory of an Unfortunate Lady,” with a few alterations. The first print mention of the Grave of the Female Stranger appears to be in a poem published in the Alexandria Gazette in 1834, which details a visit to the tomb. The poem was published under the initials S.D. and later revealed to be the work of poet Susan Rigby Dallam Morgan of Baltimore, Maryland.

Ms. Morgan also wrote about the grave in her column for The Philadelphia Sunday Courier under the pen name Lucy Seymour. In an entry from 1836, Morgan wrote that the Stranger had been a foreign woman of “tearful face and a pale complexion” who traveled with a male companion said to be her husband, though locals doubted this claim. According to Morgan, the only soul that the Stranger confided in before her passing was a local pastor, whose name is also lost to time. 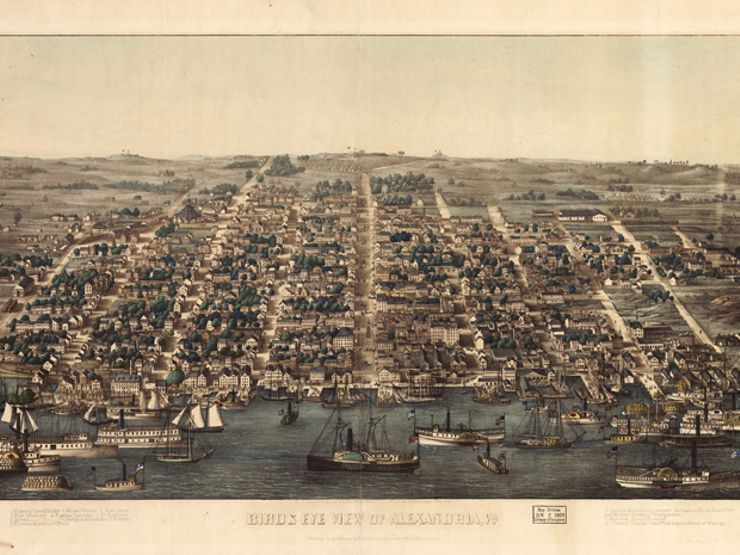 Articles about the Female Stranger continued to surface throughout the years, growing more mysterious with each publication. In 1848, the Alexandria Gazette published a letter that claimed the grave belonged to a beautiful woman of pale complexion who was accompanied by a disreputable man. The companion gave his surname as “Clermont” and paid his bills with $1,500 in counterfeit English currency.

Related: WHO PUT BELLA IN THE WYCH ELM?

An 1886 version published in the Hyde Park Herald added such dark Gothic details as a doctor sworn to secrecy and a reclusive husband who kept his wife’s face hidden behind a veil and forbade anyone to speak to her or attend her funeral. An account published in the Washington Evening Star suggested that the Female Stranger and her male companion were doomed lovers. Yet another penned by Col. Fred Massey in the Cincinnati Commercial Gazette in 1887 adds that the lovers were European nobles who absconded to Alexandria, and that the Female Stranger died in her husband’s arms with their lips locked in a final kiss. The husband buried his partner in secrecy then disappeared from town, only to return in the dead of night and exhume her body to take it with him. 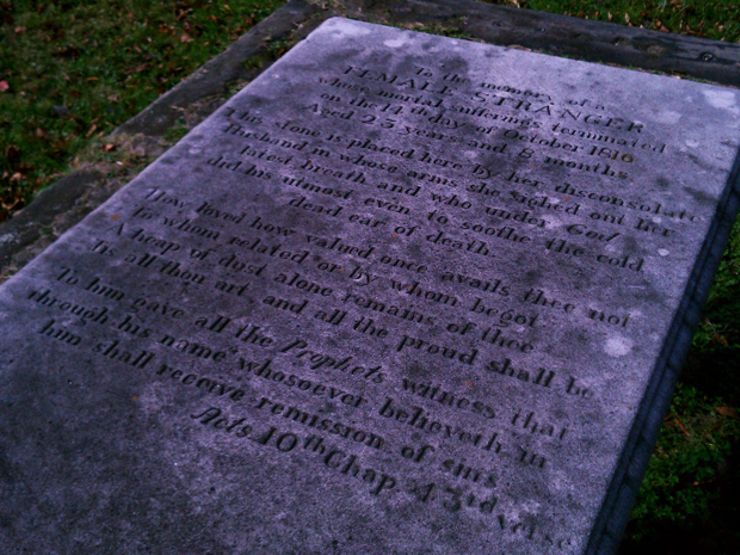 Whoever she was—if she existed at all—the Female Stranger has left a lasting impression on Alexandria. Tourists visit her grave to this day. The stranger’s spirit, too, still lingers. She is said to have died in Room 8 at the nearby Gadsby’s Tavern. Some claim that her ghost haunts the room in which she passed, and can be seen standing at the window and gazing out the glass.