Inside the hallowed halls of this 18th century church, the restless souls of the past still haunt the pews.

This story was first published in This House is Haunted: True Encounters with the World Beyond by Hans Holzer.

Read on for an excerpt from This House is Haunted: True Encounters with the World Beyond, and then download the book. 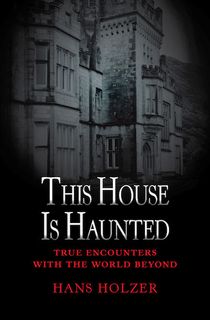 Despite the fact that most religious faiths, and their clergy, take a dim view of ghosts and hauntings, there are many recorded cases of supernormal goings-on in churches and cemeteries. One such place of worship is New York’s famed old St. Mark’s Church in-the-Bowery, located at the corner of Second Avenue and Tenth Street in Manhattan.

Originally the site of a chapel erected in 1660 by Peter Stuyvesant for the Dutch settlers of New Amsterdam, it became the governor’s burial ground in 1672. The Stuyvesant vault was permanently sealed in 1953, when the last member of the family died. A century after the death of the governor, the family had adopted the Episcopalian faith, and a grandson, also named Peter Stuyvesant, gave the land and some cash to build on the same spot the present church of St. Mark’s. It was completed in 1799 and has been in service continuously since. No major repairs, additions, or changes were made in the building.

The surrounding neighborhood became one of the worst in New York, although it was once a highly respected one. But even in the confines of the Bowery, there is a legend that St. Mark’s is a haunted church.

I talked to the Reverend Richard E. McEvoy, Archdeacon of St. John’s, but for many years rector of St. Mark’s, about any apparitions he or others might have seen in the church. Legend, of course, has old Peter Stuyvesant rambling about now and then. The Reverend proved to be a keen observer, and quite neutral in the matter of ghosts. He himself had not seen anything unusual. But there was a man, a churchgoer, whom he had known for many years. This man always sat in a certain pew on the right side of the church.

Queried by the rector about his peculiar insistence on that seat, the man freely admitted it was because from there he could see “her”—the “her” being a female wraith who appeared in the church to listen to the sermon, and then disappeared again. At the spot he had chosen, he could always be next to her! I pressed the rector about any personal experiences. Finally he thought that he had seen something like a figure in white out of the corner of one eye, a figure that passed, and quickly disappeared. That was ten years ago.

On the rector’s recommendation, I talked to Foreman Cole, the man who comes to wind the clock at regular intervals, and who has been in and around St. Mark’s for the past twenty-six years.

Mr. Cole proved to be a ready talker. Some years ago, Cole asked his friend Ray Bore, organist at a Roman Catholic church nearby, to have a look at the church organ. The church was quite empty at the time, which was 1 A.M.

Nevertheless, Cole saw “someone” in the balcony.

About fifteen years ago, Cole had another unusual experience. It was winter, and the church was closed to the public, for it was after 5 P.M. That evening it got dark early, but there was still some light left when Cole let himself into the building. Nobody was supposed to be in the church at that time, as Cole well knew, being familiar with the rector’s hours.

Nevertheless, to his amazement, he clearly saw a woman standing in the back of the church, near the entrance door, in the center aisle. Thinking that she was a late churchgoer who had been locked in by mistake, and worried that she might stumble in the semidarkness, he called out to her, “Wait, lady, don’t move till I turn the lights on.”

He took his eyes off her for a moment and quickly switched the lights on. But he found himself alone; she had vanished into thin air from her spot well within the nave of the church.

Unnerved, Cole ran to the entrance door and found it firmly locked. He then examined all the windows and found them equally well secured.

I asked Cole if there was anything peculiar about the woman’s appearance. He thought for a moment, then said, “Yes, there was. She seemed to ignore me, looked right through me, and did not respond to my words.”

Six weeks later, he had another supernormal experience. Again alone in the church, with all doors locked, he saw a man who looked to him like one of the Bowery derelicts outside. He wore shabby clothes, and did not seem to “belong” here. Quickly, Cole switched on the lights to examine his visitor. But he had vanished, exactly as the woman had before.

Cole has not seen any apparitions since, but some pretty strange noises have reached his ears. For one thing, there is frequent “banging” about the church, and “uncanny” feelings and chills in certain areas of the old church. On one occasion, Cole clearly heard someone coming up the stairs leading to the choir loft. Thinking it was the sexton, he decided to give him a scare, and hid to await the man at the end of the staircase. Only, nobody came. The steps were those of an unseen man!

Cole has no idea who the ghosts could be. He still takes care of the clock, and is reluctant to discuss his experiences with ordinary people, lest they think him mad. A man of forty-one, and quite healthy and realistic, Cole is sure of his memories.

Want more haunting tales? Sign up for The Lineup's newsletter and get terrifying stories delivered straight to your inbox.

Several days later, I asked Mary R. M., a singer and gifted psychic, to accompany me to the church and see if she could get any “impressions.” It turned out that my friend had been to the church once before, last November, when she was rehearsing nearby. At that time, she was sure the place was haunted. We sat in one of the right-hand pews, and waited. We were quite alone in the church; the time was three in the afternoon, and it was quite still. Within a minute or so, Mary told me she felt “a man with a cane walking down the middle aisle behind us.” Peter Stuyvesant, buried here, walked with a cane.

Then my friend pointed to the rear, and advised me that she “saw” a woman in wide skirts standing near the rear door of the church. She added: “I see a white shape floating away from that marble slab in the rear!”

So if you ever see someone dissolve into thin air at St. Mark’s—don’t be alarmed. It’s only a ghost!

Want to keep reading? Download This House is Haunted: True Encounters with the World Beyond now.