9 Strange Graves from Around the World

From Père Lachaise in Paris to Brooklyn's Evergreens Cemetery, join us as we unearth the extraordinary stories behind the stones.

Every headstone tells a tale – and these little-known sites of eternal slumber embody the weirdest and most wonderful. Whether it’s a Russian baroness transmitting bizarre bets from beyond the grave or a Brooklyn man’s act of everlasting devotion, join us as we unearth the extraordinary stories behind the stones. 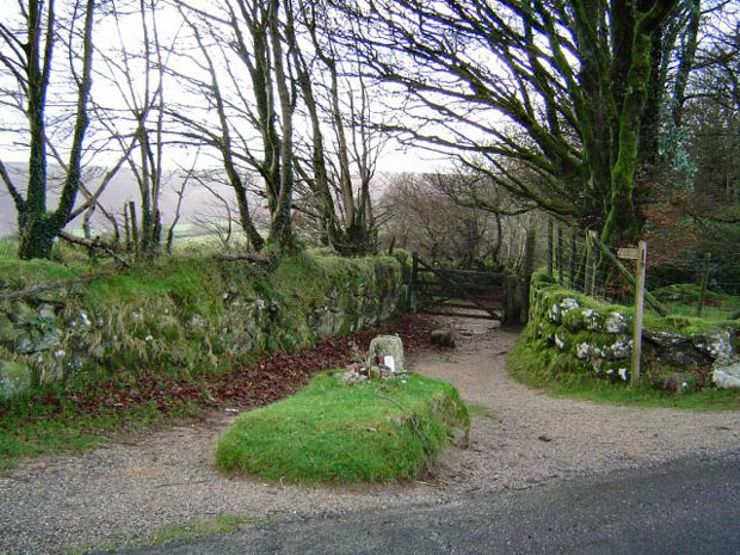 This lonesome mound along a country road in Dartmoor is believed to be the resting place of Mary Jay, a suicide victim of the late 18th century. In accordance with superstitious beliefs of the era, her body was buried away from consecrated grounds, at a crossroads to confuse her soul. 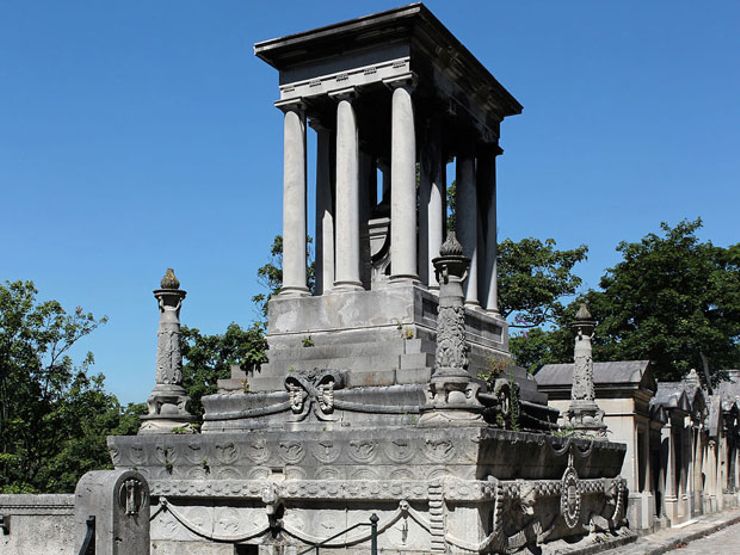 A Russian aristocrat is interred in this resplendent Père Lachaise mausoleum. According to legend, Baroness Demidoff devised a truly morbid contest shortly before her death in 1818: a massive amount of money would go to any soul who could spend a year living inside the tomb and not go mad. 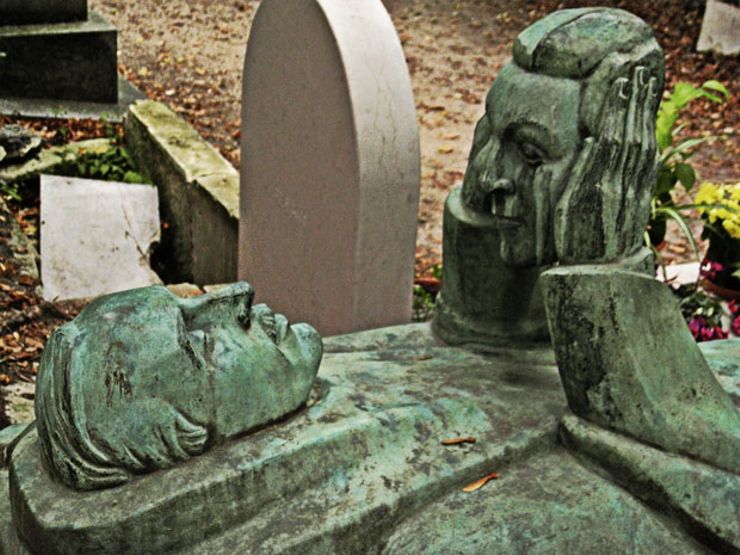 Arbelot was a Parisian musician and actor who died in 1942 during the Nazi occupation of France. His last wish was to forever gaze into the face of his departed wife. The epitaph to this loving headstone reads: “They marveled at the beauty of the journey that brought them to the end of life.” 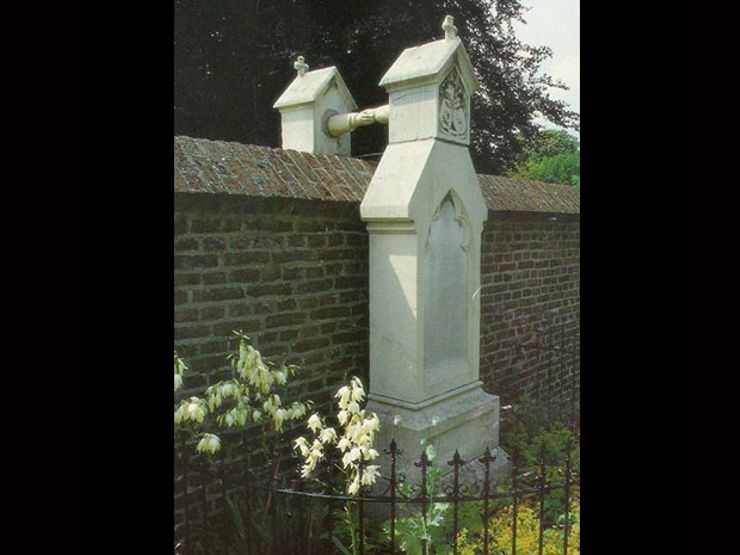 This touching triumph over prejudice can be found in the Old Cemetery of Roermond, Netherlands. Religious law of the late 19th century dictated that Protestants and Catholics could not be buried in the same cemetery. So, when Colonel J.C.P.H. of Aeffderson, a Protestant, died in 1880 he was buried against the cemetery wall that separated the two religions. Eight years later, when his Catholic spouse passed, she too was buried against the wall, directly across from her husband. The towering gravestone of joined hands was then erected over the partition, connecting the two for all eternity. 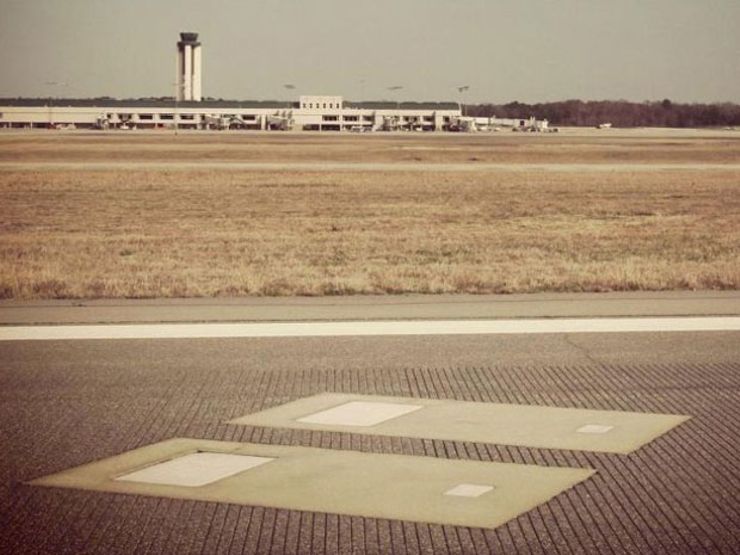 The next time you’re flying into Savannah, be sure to grab a window seat: you just may spot two grave markers embedded in the tarmac. Richard and Catherine Dotson were laid to rest in the wooded hills outside Savannah in late 1800s. When the demands of World War II forced the city to expand its airport into the Dotson family cemetery, the federal government agreed to leave the couple at peace. Now, departing flights often request a graveyard tour along runway 10 whenever they depart.

RELATED: 10 MOST HAUNTED PLACES IN SAVANNAH 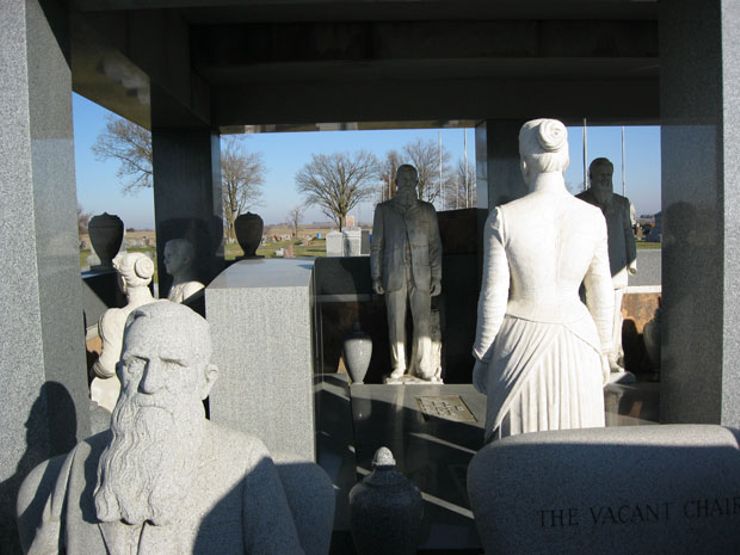 John Milburn Davis spent his entire life savings constructing a truly moving tribute to his dear wife Sarah upon her death in 1930. The marble memorial in Hiawatha, Kansas includes 11 life-size statues of the couple and a massive stone canopy that reportedly weighs over 50 tons.

RELATED: STULL CEMETERY: A HELLMOUTH IN THE HEART OF KANSAS 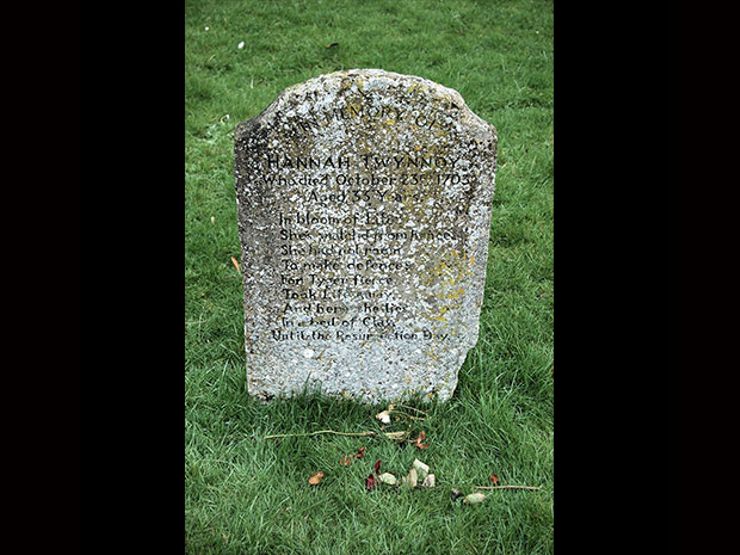 Hannah Twynnoy holds the bizarre title of England’s first tiger fatality. According to reports, Hannah was a barmaid at Malmesbury’s White Lion pub in the 1700s. When a traveling zoo pulled into town, Hannah could not stop prodding the poor animals – including its caged tiger. The big cat soon grew tired of Hannah’s teasing, and mauled her to death. 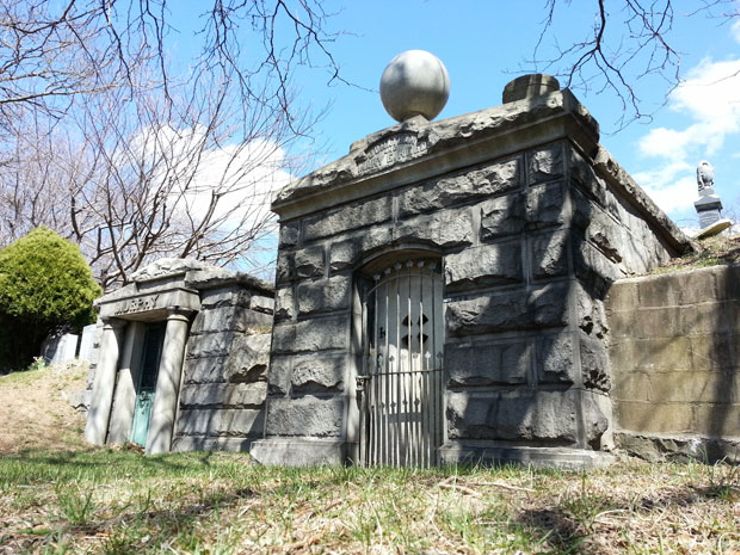 Brooklyn resident Jonathan Reed lost his beloved wife Mary in 1893. The heartbroken widower visited his partner’s resting place in Evergreens Cemetery every afternoon, where he decorated the walls of the crypt with many of Mary’s favorite paintings and photos, plus a stove to keep warm. Eventually, the devoted husband moved in, turning the mausoleum into his daytime residence. He died at her side 10 years later.

RELATED: TIL DEATH DO US PART: THE MAUSOLEUM OF MARY REED 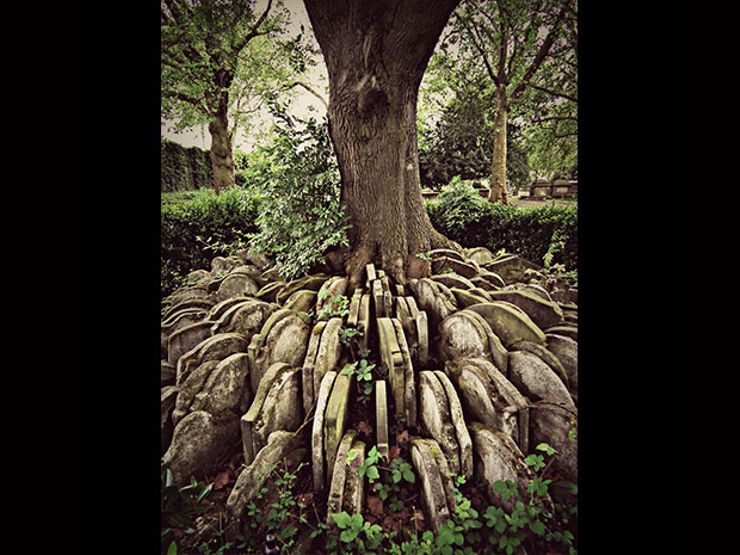 This startling graveyard spectacle is located at St. Pancras Old Church just outside of London. The tree is named after famed author Thomas Hardy, who worked for a local architecture firm as a young man. One day, Hardy’s employer asked him to clear a set of aged gravestones and make way for new railroad bed. This stunning sculpture of earth and stone was his response.