Ghosts of the Past: The Haunted Halls of Philadelphia’s Penn Museum

Enter the museum's haunted halls in this interview with two museum representatives.

The University of Pennsylvania Museum of Archaeology and Anthropology (commonly called Penn Museum) is a time honored hub for some of the world’s most fascinating artifacts and documents. A beautiful focal point, nestled in the greens of the University of Pennsylvania’s campus, the building was established in 1887 and has an extensive history peppered by research conducted by some of the sharpest minds in the world. As is often the case, that much history mixed with generations of antiquities has stirred up the spirits of scholars who have passed from this earth long ago. As beautiful and purposeful as the museum is, there are some scares to be had as well—both at night, and during the day.

We were lucky enough to talk to two experts who have direct ties to the museum about what they’ve experienced in and around the property. Here are their first-hand accounts of the hauntings at Penn Museum.

THE HAUNTIST: Can you give a little background as to what you do and what your affiliation is to Penn Museum?

ALESSANDRO PEZZATI: I work in the archives where we take care of the historical record of the museum and that covers the administration of the museum, the history of the collections, and expeditions that this museum has sent out all over the world since 1887. This includes field notes from all of the projects, letters, journals, maps, and photos. My job is to organize all of it, preserve it, and make it available to researchers both in-house and outside the museum. We also manage image rights and reproductions for the museum in this department. 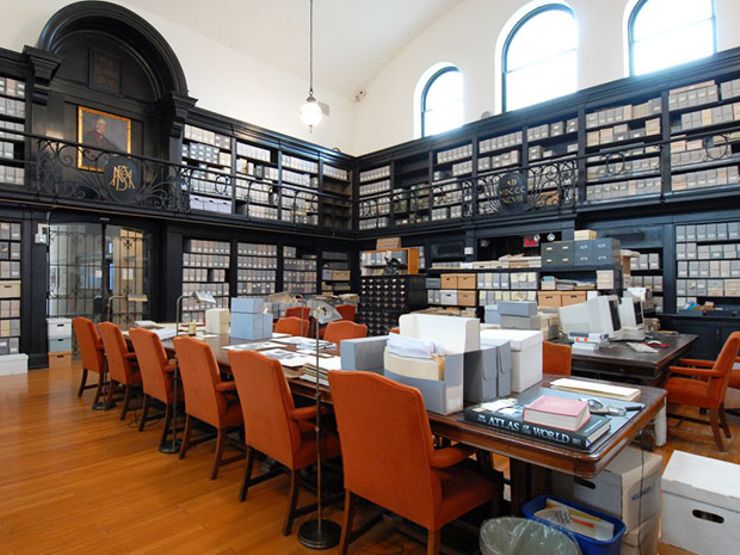 JOYCE WHITE: I’m a member of the Penn Ghost Project and a Senior Research Scientist at the Penn Museum of Archaeology and Anthropology. The Penn Ghost Project is organized by the department chair of the Department of Religious Studies and he brought on several members of the faculty and associate faculty who have an interest in using the term “ghost” to describe anything from the paranormal, life after death, and the actual phenomenon of people seeing and experiencing ghosts. We’ve done a number of things and one of those is to accompany paranormal investigators and I participated in three of those investigations at the museum.

Related: 9 Weird and Creepy Museums That Will Give You the Chills

TH: Can you tell us a bit about the paranormal experiences you’ve had in the museum?

ALESSANDRO PEZZATI: I’ve heard stories, only. I joke and say that I’d like to meet some of the former curators because I have questions for them. But they, so far, have not appeared. But I can tell you some of the stories that have been circulating. When I first arrived here there were two main stories and one was about the ghost of George Clapp Vaillant. He was director from 1941-1945 and he died in an apparent suicide at his house in Devon, Pennsylvania. After this, I don’t know how many times, maybe once or twice, people said they saw George Vaillant walking around below the archives as though he’s looking for something. So that’s one story I’ve heard. The other story was from a guy named Charlie Detwiler in the Egyptian section who was a long-time honorary keeper, which was a voluntary position at the time, and he said there were many mysterious things that happened in the Egyptian section. The funerary vessels would emit smells, things would fall off shelves, things like that. More recently though there have been a couple supposed sightings and one was in this room (The Archives) but I wasn’t here that day. The head of the education department was talking to my boss and she saw someone look in from behind one of the shelves wearing a 19th century frilly shirt and a top-hat and when they looked behind the shelf there was no one there. And that was in the middle of the day, so that was weird.

The other recent story was from a student who was working in the sub-basement of the museum and he was vacuuming the shelves and apparently his vacuum cleaner shut off and then he thought he saw a figure in a trench coat and a hat all the way down at the end of the room, and then he heard that person taking ancient pots off the shelves and smashing them on the floor. So he ran upstairs and got one of the guards and when they went back down the vacuum cleaner was back on. They went down to the shelves where the student thought he had heard all this noise and it was all clean, nothing had happened. And this student hadn’t heard any of the other stories so this one was pretty odd. 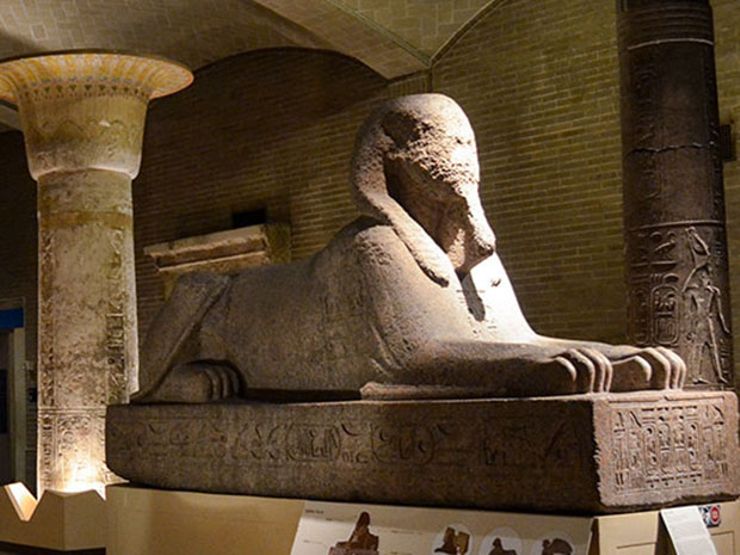 JOYCE WHITE: We’ve (Penn Ghost Project) gone to different spots in the museum that paranormal investigators had an interest in and one of those spots was the archives. In the 10 visits to not only the museum, but other parts of the Philadelphia area, the museum, I would say, comes in at a medium level in terms of paranormal activity. Since I’ve worked here there’s always been some scuttlebutt that there are sightings or hauntings in the museum. Not overwhelmingly so, but enough that it comes up periodically. Since I’ve been here I’ve never personally experienced any phenomena that I would describe as paranormal or ghostly. And I would have to say that I don’t think I’m someone who is particularly sensitive. However, with the group, I’ve observed that some people are definitely more sensitive than I am, and I believe them. I’m very interested in “I have heard” stories and, like I said, I myself have never witnessed anything but I witnessed one of our group members have a very strong physical response to one of the areas. He was sitting next to me in the auditorium, which is a regular hot spot, and we were in the darkness and I was aware that this man sitting next to me was extremely slowly starting to stand up, and was slightly hunched. And my rational mind thought that he was going to go sit next to his wife. But afterwards he said something to the paranormal people to the effect that he felt as though something had come over him. He also said that as a child he was one of those children who could see the deceased.

TH: Why do you think that spirits are drawn to this particular site?

JOYCE WHITE: In the case of the museum, it was built on land that had been owned, prior to the university moving here, by Blockley Almshouse, which was a 19th century asylum for the poor, for the insane, and for medical hopeless cases. When the university and the museum were built, this institution still existed. And there are two potter’s fields (editor’s note: a potter’s field is a place of burial for unknown or indigent people) that are within a hundred feet or less of the museum. And it intrigues me that that might be a piece of the story.

Related: Final Destination: A Freaky Trip to the Museum of Death

The Penn Museum was founded in 1887 and is one of the largest university museums in the United States. Visit the museum’s website to learn more about the signature exhibits, like the Egypt (Mummies) Gallery, and to plan your visit.

THIS STORY WAS FIRST PUBLISHED ON The Hauntist.
READ MORE:
Ghost Hunter Captured Image of the Infamous Black Monk
7 Out of This World Festivals That Need to Be on Your Bucket List
11 Haunted Places To Visit In New Orleans
The Hauntist