The case of the Zodiac Killer remains one of the most baffling unsolved crime mysteries of the 20th century.

The man terrorized the San Francisco Bay Area, murdering at least five men and women–though he claimed to have killed many more–in the late 1960s and early 1970s. He was never caught. The Zodiac case has puzzled law enforcement and the public for nearly 50 years, and at this point many believe the case will never be solved.

Many suspects have been considered throughout the years, including Ted Kaczynski, the infamous “Unabomber.” Although some suspects have been taken more seriously than others, none have ever been positively identified as the Zodiac Killer.

But a couple years ago, a man from Baton Rouge, Louisiana turned the entire Zodiac case upside down. HarperCollins published a book entitled The Most Dangerous Animal of All in May 2014 by a man named Gary L. Stewart. In the book, Stewart, a vice president at a cleaning company, claimed that he finally cracked the case and discovered the Zodiac Killer was … his own father. The story was so explosive that HarperCollins did something almost unheard of in the publishing world: they kept the book a total secret until the day before it was published. The story of how Stewart came to this conclusion is as fascinating as the Zodiac case itself.

Want more true crime? Sign up for The Lineup's newsletter, and get our eeriest investigations delivered straight to your inbox.

Stewart was abandoned by his biological father in the stairwell of an apartment building in Baton Rouge when he was just a baby in 1963. He was adopted by a loving family and had an idyllic childhood. In 2002, when Stewart was 39 years old, his birth mother contacted him for the first time. After talking with her, Stewart decided he wanted to find out more about his biological father, a man named Earl Van Best, Jr., who had passed away in 1984. What he discovered about his birth father shocked and amazed Stewart. He found himself on a 12-year journey that ended with the publishing of The Most Dangerous Animal of All in 2014. 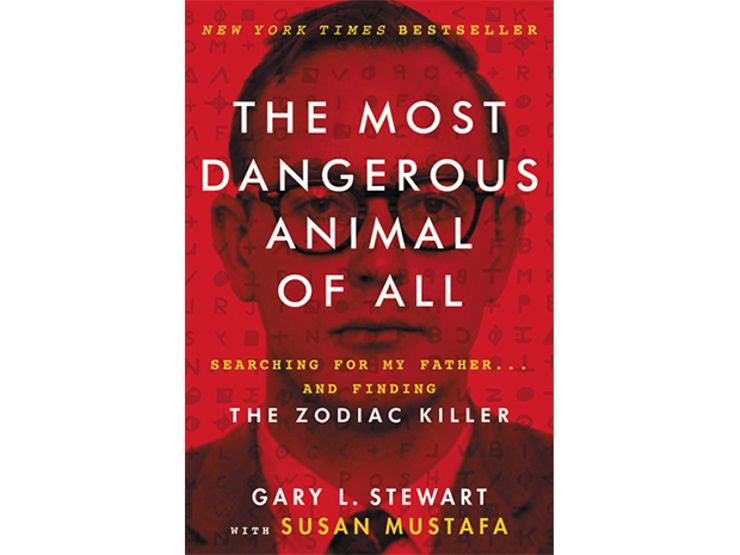 When Stewart set out on his mission to discover who Earl Van Best, Jr. was, his only goal was to feel connected to a man he never had the opportunity to know. But as he dug deeper into Van Best’s background, the pieces began to fall into place, and he started to suspect his father was the Zodiac Killer. Frankly, the evidence Stewart lays out in his book is pretty remarkable.

Stewart found that Earl Van Best, Jr., a rare book dealer during his life, had a long police record in California for forgery and passing bad checks–among other things. But it was his romance with a 14 year old girl, Stewart’s mother, that brought the then-28-year-old Van Best into the public eye for the first time.

The mismatched couple ran away from San Francisco to New Orleans in 1963, where Stewart’s mother gave birth to him. As mentioned before, Stewart was abandoned in Baton Rouge shortly after his birth. The press caught on to the story, and The San Francisco Chronicle dubbed their relationship “The Ice Cream Romance” because the couple met in an ice cream parlor.

The more research Stewart did about Earl Van Best, Jr., the more he was convinced his father was a dangerous man. He enlisted experts to compare Van Best’s handwriting to the famous letters and ciphers that the Zodiac sent to Bay Area newspapers. A fingerprint analysis between Van Best and a bloody print left at a Zodiac crime scene seemed to be a match.

Stewart also learned Van Best’s father, his grandfather, was an intelligence officer in the Navy and had taught his son how to read and write ciphers. The author even believes one mysterious cipher includes Van Best’s name.

Stewart also contends that Van Best, as the Zodiac Killer, singled out a certain Bay Area journalist to threaten and send creepy cards to during his reign of terror. The man’s name was Paul Avery, and he had written about Van Best’s inappropriate “Ice Cream Romance” for the San Francisco Chronicle years earlier. Apparently Van Best was furious about the way Avery portrayed him in the article as a grown man taking advantage of a girl barely in her teens. The Zodiac Killer’s threats against Avery were taken very seriously; other Chronicle reporters even wore buttons that read “I Am Not Paul Avery.”

In a very strange twist in the story, Stewart learned his birth mother ended up marrying a San Francisco homicide detective named Rotea Gilford, who went on to become San Francisco’s deputy mayor. Incredibly, Gilford had worked on the Zodiac case. Stewart believes that Gilford’s colleagues in the San Francisco Police Department knew that Earl Van Best, Jr. might have been the Zodiac Killer, but kept the story quiet and didn’t fully investigate Van Best because they didn’t want to tarnish Gilford and his wife’s reputations.

Stewart and co-author Susan Mustafa argue that Van Best was a “boy with disturbing fixations, a frustrated intellectual with pretensions to higher culture, and an inappropriate suitor who turned into a jilted lover unable to process his rage.”

Was Earl Van Best, Jr. the Zodiac Killer, or is he just another man in the long line of suspects? We may never be 100% sure–just as we’re not sure how many people the Zodiac Killer actually killed. Although authorities confirmed five victims, the Zodiac claimed he killed a total of 37 people. One thing is certain: the public’s fascination with the Zodiac case has not disappeared with time, and it doesn’t seem likely to dissipate any time soon.

This story was first published on did you know?

10 of the Oldest Living Things in the World

These Men Volunteered to Let the Government Feed Them Poison