Trail of Death: The Hunt for Gary Hilton Part III

He stalked the remote hiking trails of the southern United States, leaving a trail of death in his wake ...

From 2007 to 2008, Gary Hilton stalked the backcountry paths of national parks throughout the southern United States, leaving a trail of death in his wake.

In 2008, he was finally brought to justice. But the case of the man they called the National Forest Serial Killer was far from closed.

True crime writer Fred Rosen, author of Trails of Death: The True Story of National Forest Serial Killer Gary Hilton, returns with the final installment to his three-part exclusive on the hunt for Gary Hilton.

RELATED: TRAIL OF DEATH: THE HUNT FOR GARY HILTON PART I

Gary Hilton had avoided a death sentence in Georgia because authorities, and the family of his fourth victim, Meredith Emerson, were desperate to find the twenty-four-year-old’s body. So they struck a deal with the killer. If he agreed to lead authorities to her body, Hilton would avoid the death penalty, receiving life in prison.

Authorities suspected that Irene’s husband, John Bryant, abducted alongside Irene in 2007, was Hilton’s second victim. As of January 2008, however, John was still missing.

With the Georgia deal signed, sealed, and delivered, the question then became who would next indict Hilton: Florida or the federal government? 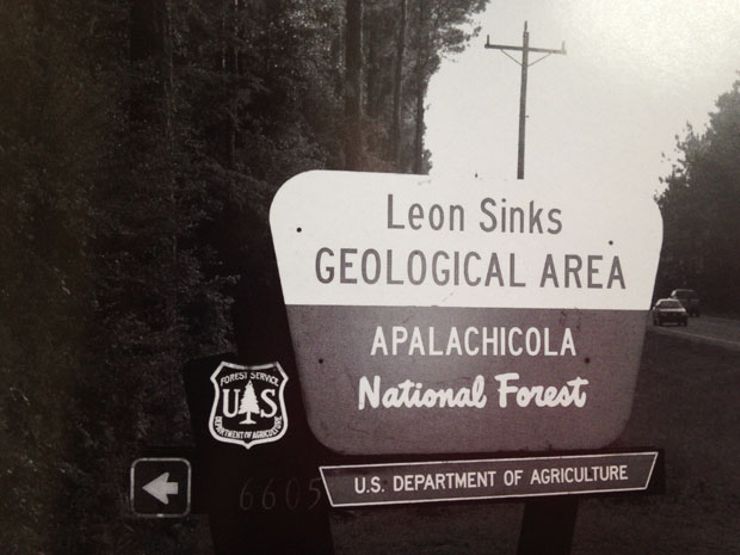 Sheriff David Mahoney of North Carolina’s Transylvania County had the answer. While he jostled with the U.S. Attorney over who had jurisdiction to prosecute Hilton for Irene Bryant’s murder, he spoke to me.

“Well, Florida does have a fast track on the death penalty, doesn’t it,” he mused.

It was a question of odds.

From 1976 to 2007, the federal government had executed just three people on capital murder charges. In that same period, Florida had put sixty-four people to death, averaging two a year.

On February 2, 2008, the skeletal remains of John Bryant were recovered in Nantahala National Forest in North Carolina. The incentive to get Hilton to the Sunshine State for a death penalty showdown picked up steam. Hilton was successfully extradited to Florida, where he would soon stand trial for the murder of forty-six-year-old Cheryl Dunlap.

The Florida Department of Law Enforcement had found and identified Dunlap’s body, sans fingers and head. As in the Emerson case, Hilton had mutilated the body in a desperate attempt to obscure identification; it didn’t work. Forensic analysts used a portion of Dunlap’s thigh muscle to identify her. 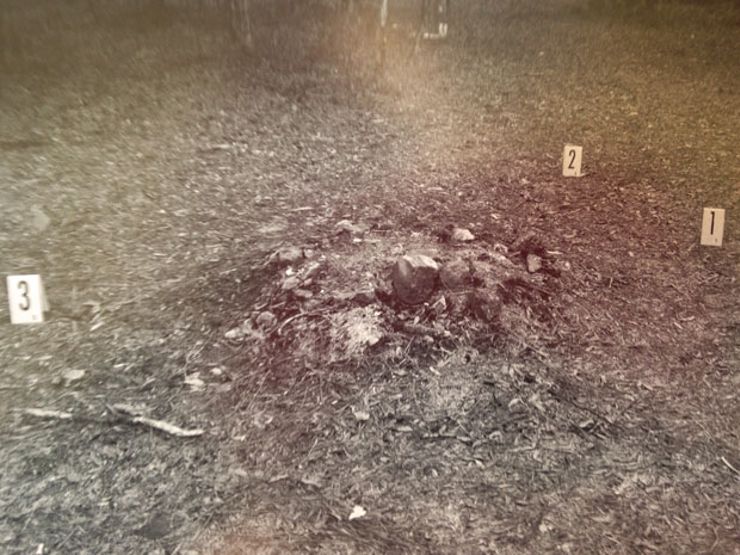 Like all death penalty cases, Hilton’s wound its way through pre-trial motions. I was there for all of it, and as the case progressed, I began thinking about the man himself. Was Hilton, the third 60-year-old serial killer in United States history, a natural born killer or had he been twisted into one?

I hit the road to Hialeah, Florida, where Gary Hilton lived as a teenager. I met up with Hilton’s childhood friend Dino Sclafani, who took me to their old haunts and reminisced about the good times he shared with his old buddy.

Another high school friend told me about the time he and Hilton played together in a band. Hilton showed genuine talent, he said. I tracked down one of Hilton’s old sweethearts as well, who had a far darker tale to tell. She told me that Hilton once confessed to an incestuous relationship with his mother while he was a boy.

RELATED: HE WAS THE FIRST KILLER CAUGHT USING DNA EVIDENCE

In February 2011, after two years of pre-trial hearings, Hilton stood before a judge at a Tallahassee courtroom. At the end of the four-week trial, the jury convicted Hilton of first-degree murder and recommended he be put to death.

The judge agreed, and officially pronounced the death sentence.

In the wake of the trial and sentencing, Dateline NBC did a two-hour investigation into Hilton and the trail of death he cut across the southern United States. I was interviewed for the show. It seemed as if the Hilton case was finally closed, but it wasn’t. 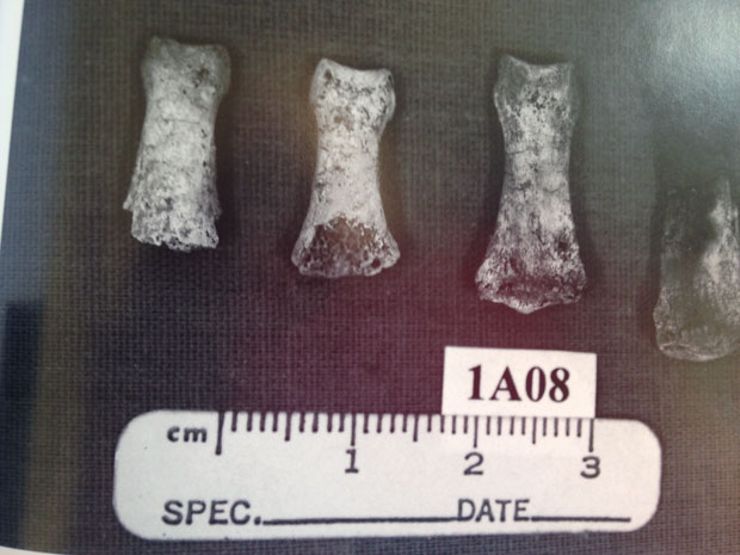 January 19, 2016: Hilton was due in Tallahassee for a hearing, where he planned to request a new trial on the basis of inadequate counsel.

He never made it.

Instead, on January 12, the United States Supreme Court delivered a decision that changed the rules of the game for Florida’s death penalty statute.

The challenge came from the case of Florida man Timothy Lee Hurst. Hurst was convicted in the 1998 murder of his co-worker, Cynthia Harrison. A Florida penalty-phase jury convicted Hurst of the crime, and recommended that the judge impose a death sentence. The judge agreed and sentenced Hurst to death.

Hurst’s lawyers challenged the decision and brought the case before the Supreme Court. In January 2016, Associate Justice Sonia Sotomayor delivered the opinion of the Court.

“We hold this sentencing scheme unconstitutional. The Sixth Amendment requires a jury, not a judge, to find each fact necessary to impose a sentence of death. A jury’s mere recommendation is not enough,” Sotomayor wrote.

Suddenly, all executions in Florida, including Hilton’s, were put on hold.

“We are currently waiting on the Florida Supreme Court to rule in the Hurst case, ” says Georgia Cappleman, the prosecutor who convicted Hilton. “They have to decide whether Hurst is retroactive,” she continued, though she and others do not believe it is. 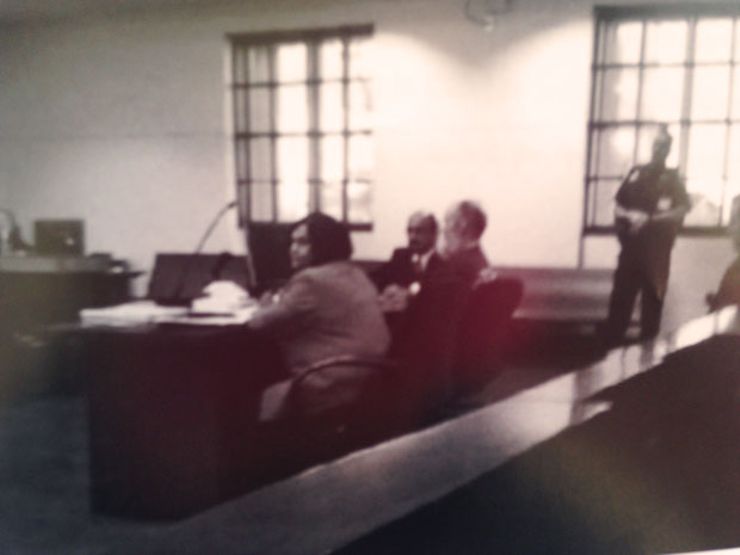 Hilton in a Florida courtroom

In the event that Florida rules otherwise, and the Hurst decision is retroactive, the whole death penalty scheme in Florida will be set asunder. Sentences would be scrapped, and all prisoners on Death Row—including Hilton—would be subject to re-sentencing.

The Florida legislature is currently drafting a new law in accordance with the U.S. Supreme Court decision, and what the Florida Supreme Court will decide this February.

“We are trying to delay prosecuting new death penalty cases. If we have to, we will postpone the penalty phase until the legislature gives us a new scheme,” Cappleman told me.

As for Hilton? He’s back in prison, watching and waiting. At the moment, he has all the time in the world.

Cover of "Trails of Death: The True Story of National Forest Serial Killer Gary Hilton" via TitleTown Publishing; All other photos courtesy of the author