TLU Excerpt: The Garden of Martyrs, by Michael C. White

In 1805, Marcus Lyon was traveling the Boston Post Road when he was brutally murdered.

Irish Catholics Dominic Daley and James Halligan were traveling from Boston to the New York on the same day Marcus Lyon, a young farmer, was shot and robbed.  They swore they didn’t see the victim along the road, but they were quickly accused, apprehended, and thrown in prison without second thought.

Five months later – and two days before their trial – the court finally appointed them a lawyer: Mr. Francis Blake. Blake knew the public’s anti-Irish Catholic sentiment had all but placed a noose around Daley and Halligan’s necks. But he also knew he needed to get the facts straight, so he started in on the questioning.

Keep reading for an excerpt from Michael C. White’s The Garden of Martyrs, then download the ebook at Amazon and Barnes & Noble. 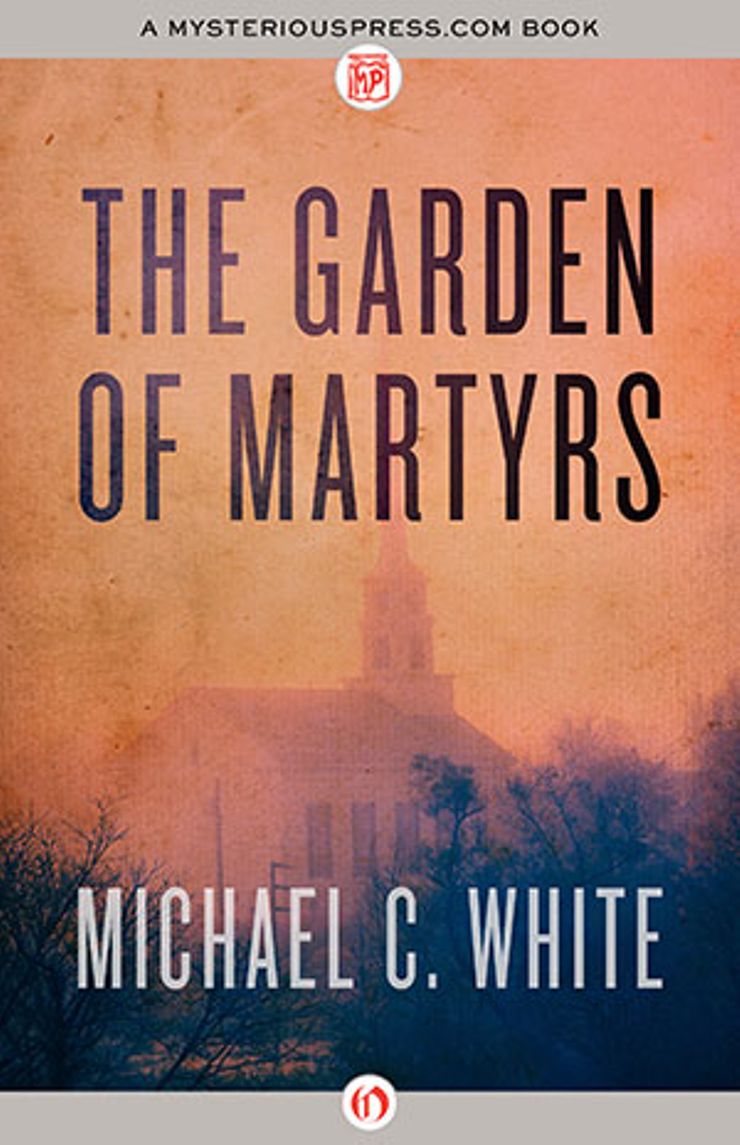 “Very well then,” said Blake. He picked up one document from the pile before him and held it under his nose. “Since I have not had time to adequately study your case, I’d like to begin by a review of the facts.”

“Well, that’s what I hope to prove, Mr. Daley,” Blake replied with an ironic smile.

“We’re innocent,” Halligan cried. “That’s the only fact you need to know.”

“Indeed,” Blake offered, giving him a critical glance. “Now, according to the coroner’s inquest, the deceased, Mr. Lyon, was riding east along the Boston turnpike, when he met his end in Wilbraham, on the ninth of November last. The prosecution has several witnesses who can place him on the road just before his death. Now, both of you were traveling west at approximately the same time, were you not?”

“We didn’t keep track of the time, sir,” Daley explained.

“But you were in this general vicinity on the day Mr. Lyon was murdered?”

“Aye, we passed through there on Saturday,” Daley said. “Where the turnpike road comes down close to the river.”

“Mr. Lyon’s saddled horse was discovered by a …” Here the man paused as he riffled through several papers until he found the one he was looking for. He read from it. “Discovered by a Mr. John Bliss, a farmer, in whose pasture the victim’s horse had wandered. When the owner didn’t appear to claim the horse, foul play was suspected and a search was conducted on Sunday morning but which turned up nothing. According to witnesses,” and here Blake angled the paper for better reading light, “a pistol was later discovered near the river, and the search was resumed Sunday night by means of lanterns. Eventually a second pistol was found covered with blood and hair, and soon thereafter a body was discovered submerged near the banks of the river. Now, according to Dr. Merrick, the examining physician who opened the body, Mr. Lyon had been shot in the side but that the ball hit a rib and didn’t prove lethal. The victim was subsequently dispatched by being bludgeoned to death by said pistols and by his submersion in the water.” Blake stopped reading and looked up at them. “These are the facts I have to work with, gentlemen.”

The lawyer removed a handkerchief and dabbed his forehead. Though the cell was chilly, sweat rolled down his face. His eyes appeared inflamed, glowing from some inner heat.

“Did either of you own a pistol?” he asked.

“No,” they both replied, almost in unison.

“Neither of you purchased a pistol from a certain dry-goods establishment of a …” He paused to look over the papers again. “A Mr. Syms, of Boston?”

“According to Josiah Bardwell, who was among the posse that arrested you, you have pockets in your coats that are made for the purpose of carrying a weapon.”

“True enough, we got pockets there,” Daley said. He opened up his coat to show Blake the pocket on the inside of his greatcoat. “They’re but for carryin’ our bottles.”

“Aye, sir. A feller gets awful thirsty trampin’ about the countryside. There ain’t no crime in that.”

“Hmmm,” the lawyer said, pinching his lip and writing something in his tablet.
“Help clarify one point for me, Mr. Daley. The first count in the indictment says you were the one to have administered the lethal blow to the deceased.”

“You struck and killed Marcus Lyon with the aforementioned pistol.”

“Well, how did they conclude that it was you and not Mr. Halligan that struck the blow?” he asked.

“I dunno. When they brung us back to Springfield, they put us in a room and asked a lot of questions. They said somethin’ about a gun. I don’t recollect plainly. But I told ’em, like I’m telling you, I had no gun and I niver struck nobody.” 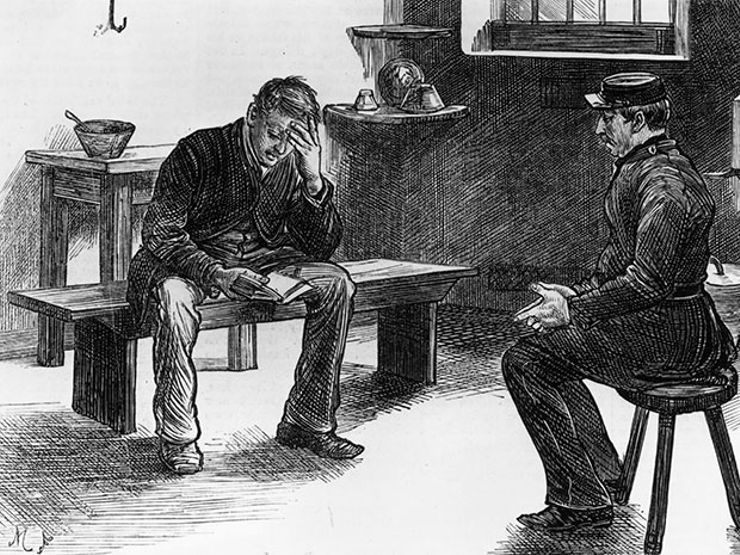 Blake took off his glasses and squeezed the pink bridge of his nose. He looked up finally and asked of Halligan, “Where were you headed the day of the murder?”

“What was your business there?”

“I had to collect a debt from a friend.”

“What was this friend’s name?”

“Sweeney, sir. Matthew Sweeney. He owed me from back home. For a cow I sold him when we left to come here.”

Blake wrote this down.

“And yet when the posse arrested you in Rye, New York, they found a sizable amount of money on you already.”

Daley hesitated before replying. “Yes, sir. I had some money on me. It was … money I earned.”

“Yet a number of the bank bills in your possession,” Blake continued, “were drawn on the very same banks as those stolen from the victim. How do you explain that?”

“I suppose,” Daley replied, glancing over at Halligan.

Halligan held his gaze. Don’t be stupid, Dom, he thought. Stick to our story.

“Mr. Daley,” said Blake, “if I am to represent you to the best of my ability, you shall have to be completely forthright with me. Your very life may well depend upon it.”

“I cannot explain it, sir. I can only tell you it was me own money.”

“You’re certain of that?”

“Aye,” he replied. Yet he didn’t sound convincing, and Blake’s prying stare lingered on him for several seconds.

“And you?” he asked, turning to look now at Halligan. “How did you come to be in possession of such a sum of money?”

“Same as Dom,” Halligan said. “I earned it.”
Blake pulled on his lower lip and sighed nasally. “Do either of you recollect passing Mr. Lyon along the turnpike road?”

“He was …” Blake repositioned his glasses on his nose and fumbled through the papers. “Going east on ‘a bright bay horse.’ With new saddlebags.”

“I don’t remember any rider on a bay horse, Mr. Blake,” Daley replied.

“But the prosecution has several witnesses that can place both of you just to the east of the murder site at approximately noon on the ninth. You had to have passed him, Mr. Daley.”

“Not,” Halligan interjected, leveling his gaze on Blake, “if he was already killed.”

Want to read more? Download the ebook at Amazon and Barnes & Noble.