Blood Brothers: The Despicable Bond Between Bryan and David Freeman

Savage murder is all in the family.

Brothers of similar ages tend to bond over a shared interest, in sports or music, for example. But brothers David (above left) and Bryan (above right) Freeman bonded over murdering their entire family … bringing a whole new meaning to the term “blood brothers.”

Fred Rosen’s novel Blood Crimes details the horrific true story of the neo-Nazi Freeman brothers who murder their Jehovah’s Witness father, mother, and younger brother, then flee across the country with police from three states in hot pursuit. During the eventual trial, Rosen uncovered evidence that one of the brothers might not have been as culpable as authorities claimed. Blood Crimes divulges the history of this family torn apart by stringent religious beliefs.

Since 1978, Valerie Freeman had lived with her brother and sister-in-law. There was a bottle of 12-year-old Scotch that Dennis kept hidden, to be opened on the day she got married.

It wasn’t bound to be any time soon.

Valerie had no prospective suitors. Still, you never knew. Whatever Jehovah wanted for her would be his will. Thy will be done.

It had been Jehovah’s will that David and Bryan would rebel against their parents and pick on Valerie Freeman by urinating in her shampoo and leaving chicken bones in her bed. Dennis had seen what was happening and knew that Jehovah had chosen him, yet he felt powerless to stop the cruel way his sons were treating his sister.

That was the usual thing with Dennis these days. He just didn’t know what to do.

“Maybe if you move out, things might be better,” Dennis had suggested.

Not wishing to overstay her welcome and seeing that things had gotten out of hand, Valerie left. Still, she saw the family a lot. Her favorite nephew, Erik, was suffering the most. His brothers didn’t treat him well. They felt that the younger boy, always kissing up to his parents, was spoiled, while they were held in nothing but the utmost contempt.

David and Bryan picked on Erik, teased him, and chastised him for his religious beliefs. Erik was a devout Jehovah’s Witness. In him rested the one great hope, that the line of Jehovah’s Witnesses in the Freeman family would be redeemed. But clearly, Valerie realized, Erik had felt himself in some sort of jeopardy, and though he didn’t say from whom, it was clear that he feared his older, more powerful brothers.

They could be brutes when angered, and with the cruel use of their strength and size, they could inflict tremendous pain.

All this Valerie knew when, at 5 p.m., her hand reached out for the front doorknob. She tried it. It had no give to it. That was unusual. Her sister-in-law, Brenda, always left it unlocked when she was home, and she was home most of the time. Valerie had a key, but before she used it, she decided to step around to the side and try the garage door.

It was also locked. She looked over at Dennis’s truck. It looked like it hadn’t been moved.

Growing alarmed, Valerie went around the side of the house and tried the sliding glass door. Unlocked, it gave easily. 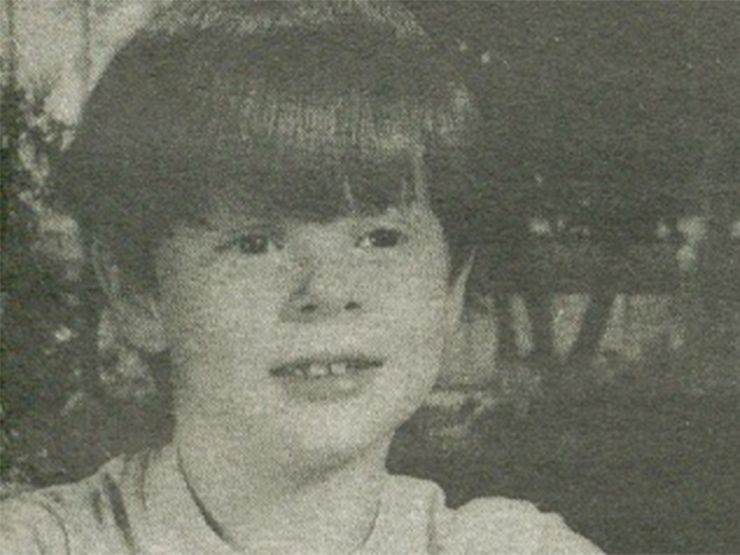 Inside, the house was cold enough to see her breath pluming in the frigid air. It was dark, very dark, and eerily silent. With a growing sense of dread, she climbed the stairs and ran down the hallway to Erik’s bedroom. She paused for a moment before the closed door and then pushed it open.

A few minutes later, there was a frantic knock at the Ehrgott house next door. Samuel Ehrgott answered it.

“May I use your phone?” Valerie asked.

Sam’s mother came to the door.

Sam told her what had happened. His mom immediately dialed “911” to report a homicide.

A few moments later, the radio crackled to life in the blue and white.

Officer Michael Pochran picked up the mike and pressed a button.

“Proceed to Ehrgott residence on Gale Avenue. See a woman there about a homicide. Body of a young boy has been found.” 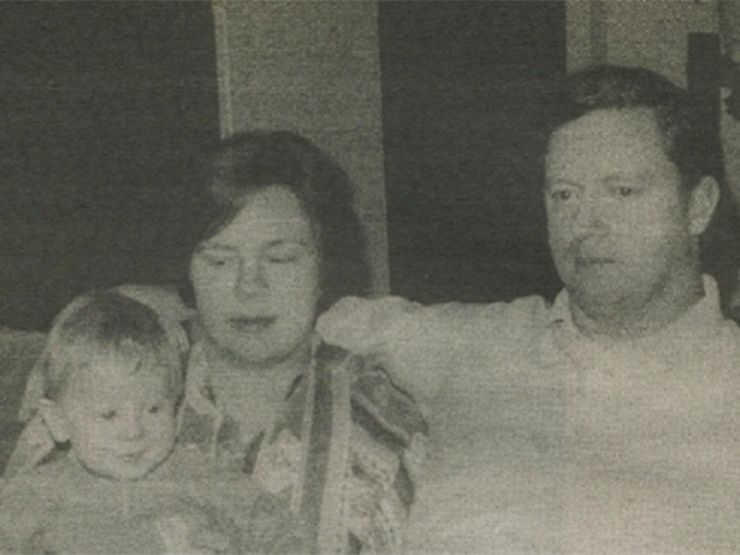 Two-year-old Bryan with his parents Brenda and Dennis Freeman in 1980.

When he got to the residence, Pochran saw that people had already gathered outside the Ehrgott home. They motioned him across the way. The officer followed their direction and parked his cruiser.

“It’s Freeman,” said a small, mousy woman, who stepped forward. She wore tortoise-shell eyeglasses that distorted the shape of her eyes.

“Brenda and Dennis Freeman. My brother and sister-in-law.”

She started to cry.

“Through the back door,” she answered between sobs. “It was open. But I have a key, too.”

She gave him the key to the front door.

Officer Pochran walked slowly up the snow-covered driveway. He noticed that today’s paper was still on the porch. In the driveway were two vehicles: a car and, parked behind that, a van. The rear window of the van bore the tracks of a windshield wiper, though the van looked like it hadn’t been moved.

As Valerie had said, the front door was locked. He went to the back, where he found the sliding glass doors open, exactly as Valerie had left them. He returned back to the front and waited for backup. 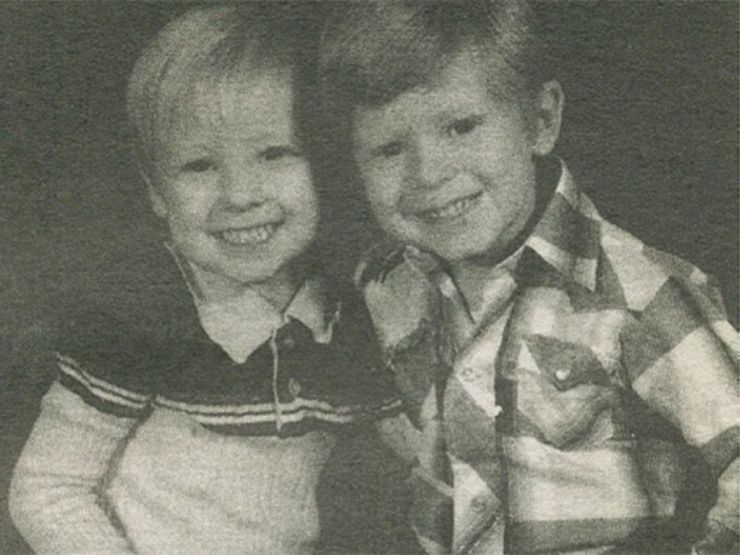 When Officer Michael Reddings arrived, they used Valerie’s key to gain entrance through the front door. Their flashlights cut through the interior darkness. Halfway up the stairs, the flashlight beams picked out blood on the stairway carpet. At the top of the landing, they looked down and flashed their beams again.

Below was the living room, and beyond that the kitchen, where they could see a silver, aluminum baseball bat, laying against a blue cabinet. The blood covering the barrel of the bat contrasted starkly with the cabinet’s blue.

Still on the landing, they heard a dog barking and followed the sound to a closed bedroom door. Behind it, the dog, of course, sensed their presence and continued barking violently to get out. They didn’t open it. Instead, they entered the master bedroom across the hall.

A man lay sprawled across his bed. His head and face had been struck and smashed repeatedly. So hard had he been hit that his skull had been shattered and his brain had swelled out through the cranium. His throat had been cut.

“Must be Dennis Freeman,” Pochran said.

Dennis Freeman’s blood had spattered across the ceiling.

Down the hall, they entered Erik Freeman’s bedroom. His small, fragile body lay in a lifeless heap on his bed. His face had been beaten into such a bloody pulp, they had no way of knowing that Erik had been a handsome boy.

Their grim footsteps made hollow echoes. They headed down to the basement, searching for Brenda Freeman as they went and fearing what they would find. On the floor in a narrow hallway they found a metal pipe covered with blood.

In the back hallway they found Brenda. She was lying on her side, her nightgown pulled up, exposing a large, fleshy body. There was a bloody knife on the floor next to her.

Featured Photo: Courtesy of The Morning Call; All other photos published with the kind permission of Nelson Birdwell