Franklin Castle: The Most Haunted House in Ohio

Haunting this Cleveland mansion are tales of secret passages, brutal murder, and restless spirits lingering in its halls.

On Franklin Boulevard, once one of the finest residential neighborhoods in Cleveland, you can still find the striking four-story structure known as “the most haunted house in Ohio.”

Its official name is the Tiedemann House; locals call it Franklin Castle. For decades, the structure has been plagued by tales of secret passages, brutal murder, and restless spirits lingering in its empty halls.

A wealthy banker named Hannes Tiedemann commissioned the construction of the mansion in 1881. Tragedy struck soon after he and his family moved in. In January 1891, Hannes’ mother and one of his daughters died in the house within a few weeks of one another. Over the next three years, the Tiedemanns lost three more children, one of which was only 11 days old. It is said that Hannes Tiedemann began renovating the house largely to take his wife’s mind off the deaths. 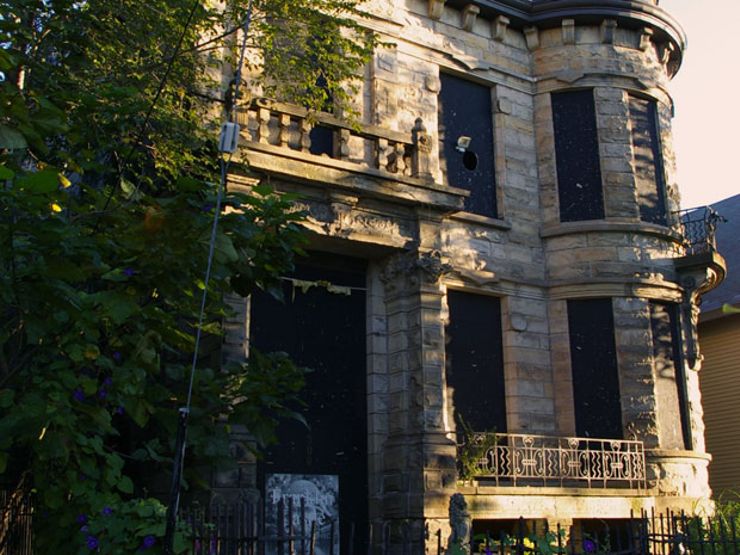 Hannes’ renovations were substantial. The entire third floor was converted into a grand ballroom, while turrets and gargoyles were added to the exterior of the already imposing home. At one point, the house is said to have contained 30 rooms, with intricate carvings added to the walls and gas lighting installed throughout the house.

It was during this time that the rumors began. In addition to the official updates Hannes Tiedemann made, some said he added secret passages that honeycombed the structure. The uses of these hidden tunnels vary according to each story, with some claiming that Hannes Tiedemann used the secret passages to conceal his sexual indiscretions—or even commit murder. One story goes that he hanged his mentally disturbed niece in one of the passageways to “put her out of her misery.” Another claims the patriarch killed a servant girl on her wedding day because she rejected his advances.

Related: GHOST LIGHT IN THE WINDOW: THE DRISH HOUSE HAUNTING

In 1895, Hannes Tiedemann’s wife died of liver failure at the age of 57. Hannes remarried shortly thereafter—which led to murmurings about the true cause of his first wife’s death. While the newlyweds moved out of Franklin Castle in hopes of starting a new life together, their marriage was short lived. Hannes divorced his second wife after only a year of marriage. By 1908, every member of the Tiedemann family was dead, including Hannes himself, who suffered a stroke while out walking in the park. 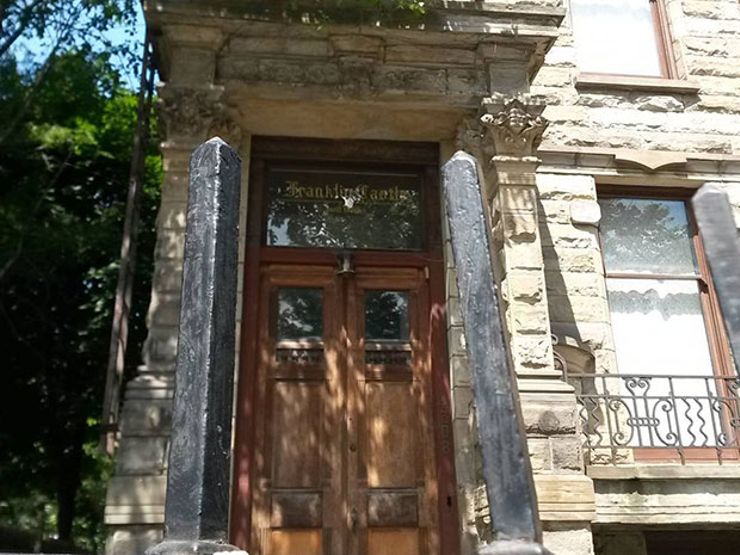 Franklin Castle was then sold to a local family, who in turn sold it to the German Socialist Party in 1913. The Party used the house for meetings and other gatherings, though there were rumors that they were also acting as spies during World War I, with German shortwave radios hidden in the mansion’s rafters. The house supposedly saw yet another brutal murder during this time, with the secret passages used as the setting of the gruesome deed.

In 1968, the German Socialist Party sold the property to the Romano family, and it wasn’t long before the new tenants encountered the old mansion’s dark energy. The Romanos heard ghostly footsteps, organ music, and disembodied voices. On the very day they moved in, the children claimed to have seen a young girl crying upstairs. Soon thereafter, the family reportedly consulted a Catholic priest in an effort to get an exorcism. While the priest declined to perform a religious cleansing, he warned them that there was a “bad presence” in the house and that they should get out.

Related: A GHOST IN THE ROOM: THE HAUNTED HISTORY OF ROCKY HILL CASTLE

The Northeast Ohio Psychical Research Group performed an investigation of Franklin Castle, during which time one member is said to have run screaming from the premises. Fed up, the Romanos sold the house in 1974. At that point, it passed from owner to owner, with many attempting to cash in on the mansion’s haunted reputation by giving tours. Visitors reported seeing a woman in black, the sound of a baby crying, light fixtures that spun around on their own, and even doors that exploded from their hinges. During a live radio segment, one radio host claimed that a tape recorder was yanked from his shoulder and hurled down the stairs by an invisible force. 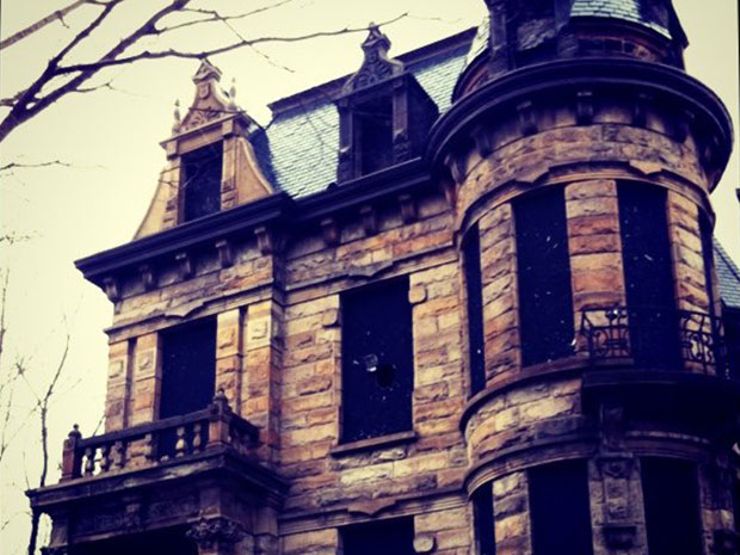 Over the course of these investigations, one thing became clear: The supposed secret passages that figured so prominently into the legend of Franklin Castle were nowhere to be found. If said passages ever existed, they were now no longer accessible. Other strange discoveries were unearthed, however—including a box of unidentified human bones found hidden behind a panel in the tower.

Related: THE GHOSTS OF SAUER CASTLE

In subsequent years, Franklin Castle languished in abandonment, with multiple rooms lost to arson and neglect. In 2003, a land developer purchased the house and claimed that he was going to turn it into the Franklin Castle Club. The proposal turned out to be a hoax. No memberships were ever sold, and no renovations to the building were ever performed, though one of the architects behind the plan was rumored to have used the Castle to film underground pornography.

In 2011, Cleveland.com reported that Franklin Castle had a been purchased, and its new owner intended to convert the building into a family home. In 2013, ABC News 5 in Cleveland reported that work had begun, though the renovation was far from complete. In March of 2016, the crew from Paranormal Lockdown ventured into Franklin Castle, and captured what sounded like a voice pleading for help.

Visit today, and you’re met with a private residence. Nevertheless, it will clearly be some time before the ghosts of Franklin Castle disappear into the night.