The Story Behind True Haunting and the First Ever Televised Exorcism

Sometimes life is stranger than fiction...

On December 26, 1973, moviegoers were introduced to William Friedkin’s adaptation of William Peter Blatty’s 1971 novel The Exorcist. It became one of the highest-grossing R-rated movies of all time, with audiences standing in long lines in the December cold outside movie theaters waiting for their chance to be terrified by the film. It wasn’t the first time that viewers had been riveted by seeing an exorcism on screen, though.

Two years before, NBC had televised a short, six-minute clip documenting the supposed haunting of a Chicago family, Edwin and Marsha Becker. As part of the segment, the reporters filmed an exorcism that was attempted in the home and broadcast it, making it the first-ever example of a televised exorcism, a thing that, at that time, most people had probably never even heard of. Indeed, at the beginning of the clip, a host can be heard saying of the supernatural that “most people treat the subject lightly.”

The segment that follows is a relatively brief but straight-faced affair, with none of the skepticism or light joking that one might expect from a news broadcast about a “haunted” house. Perhaps this is because, for the Beckers, the subject of the supernatural was not something they treated lightly, at least not after moving into the house they had recently purchased.

Reporter Carole Simpson helms the short news piece, and opens it with an interview with the Beckers, in which they describe some of the unusual phenomena that have been plaguing them. By now, such things are familiar to anyone who has had any exposure at all to stories of hauntings – whether ostensibly true or otherwise. Phone receivers would fly off the cradles. Keys would become bent. Doors would open and close. Once, they said they were “awakened by the sound of a woman crying.”

“I hated to think of what it was,” Edwin Becker says in the 1971 interview, a soundbite tailor made for a future movie release like the one that this story is now getting, in the form of the movie True Haunting, starring Erin Moriarty and Jamie Campbell Bower and directed by Gary Felder. The film is a dramatization of the couple’s experiences in their Chicago home, including the events of the exorcism televised by NBC, and its aftermath.

The exorcism itself was performed by Joseph DeLouise and Reverand William Derl-Davis of the “Independent Spiritualist Church in Chicago,” according to Carole Simpson’s reporting. By the Beckers’ own account, they had approached the Catholic Church in the hopes of ridding themselves of the haunting, but had been “ignored.”

10 Demon Possession Books to Keep You Up at Night

In an indication of how new the concept still was to the public imagination, the NBC segment defines the term “exorcism” for its audience. “That is a ceremony designed to rid something of evil spirits,” Carole Simpson says in the clip. The family and the news crew were all asked to wear crucifixes “for protection” during the exorcism.

“Reverand DeLouise is a medium,” Simpson says matter-of-factly, before explaining a trance state to the audience. “He described it as a total relaxation of his mind and body which, he says, allows him to communicate with spirits.” After he entered his trance state, Simpson describes feeling a strong gust of wind from one of the open windows that “blew the curtains and rattled the Venetian blinds.”

The spirits then begin to speak through DeLouise, with Simpson explaining that, “He claims the spirit used his vocal cords.” Unfortunately, the audio quality of the recording makes it difficult to make out just what exactly DeLouise (or the spirit) might be saying in the scratchy and distorted version of the televised segment that remains, but we’re assured that the spirit is that of an old woman, concerned about a number or combination. “It’s important to me,” DeLouise says—or the spirit says through him.

The exorcism itself includes showing the spirit that it has no reflection in a mirror, as well as offering it communion. Then they spread “blessed salt” throughout the house, including on the roof and in the garage, which would “seal the house symbolically, keeping the spirit from returning.” The news broadcast ends with the suggestion that the exorcism was successful. “It has been several days,” Simpson says, “and the house has been quiet.”

13 Possession Horror Movies That Will Get Under Your Skin

However, that was far from the end for the Beckers, according to True Haunting, a 2011 book written by Edwin Becker himself. According to the book’s synopsis, the house “brought chaos to the lives of those who chose to reside there.” Rather than the single ghost suggested by the NBC segment, the book claims that there were “multiple spirits inhabiting the building and disrupting the lives of the living.” What’s more, it says that the exorcism was ultimately a failure. “Understand why ghosts cannot be exorcised,” the book’s marketing copy exhorts, “and a true example of their strong sense of domain, even after death.”

“There is no happy ending,” the book’s description warns, “as the young couple suffers emotionally, are physically threatened, have their pets terrorized,” and ultimately end up virtually giving the home away by selling it for just $10. None of that made it into the original news broadcast, however. In fact, there are many discrepancies and inaccuracies surrounding the story of the Beckers. If you look online, you’ll find accounts suggesting that they sublet part of the building to a young mother, whose infant was threatened by the spirits, while the original news broadcast identifies the couple themselves as the parents of the newborn in question.

The news broadcast also says that the claims made by DeLouise and Derl-Davis are “plausible” to the Beckers, since they “found out an old woman had died in the house before they bought it.” However, other accounts claim that the Beckers had to evict the “crazy woman” who lived in the home’s downstairs apartment before they moved in, and Becker’s own book suggests that the multiple spirits of a single family dominated the building.

Whatever the case may be, True Haunting became a “bestseller” after its publication, according to its own marketing materials, and has been optioned as a film by Screen Gems, with a release date set for January of 2023. It isn’t the first time the story has made it to the screen, either, notwithstanding that NBC segment from 1971. The Beckers’ experiences also informed the 2012 season finale of the SyFy show Paranormal Witness, in an episode titled “The Tenants.”

This Kind of Demon Might Be Worth the Risk of Possession

While you wait for the movie, however, Becker’s book of the same name encourages you to keep your eyes open for possible supernatural phenomena. “There are certain subtle occurrences you may find the most frightening, because you just might relate and recognize them,” it says. “If so, guess what? You may have a ghost!” 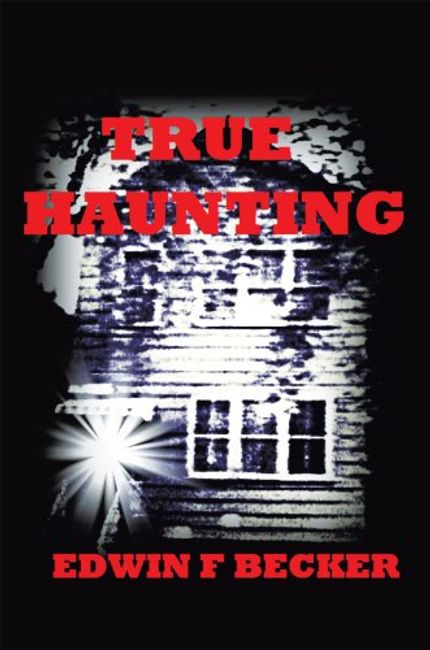