Murder in the Big Apple: Elma Sands and The Manhattan Well Mystery

Beneath the streets of New York's trendiest neighborhood is the scene of a 200-year-old unsolved murder.

You never know what you’ll discover in your basement. A favorite book, forgotten toy – or the long-lost site of a grisly murder mystery.

It was the night of December 22, 1799, and young Gulielma Sands – “Elma” to her friends – planned to meet her secret lover, Eli Weeks. According to Elma’s cousin, the lovebirds hoped to marry in secret that chilly evening.

Elma buttoned her winter jacket and vanished from her boarding house on Greenwich Street. It was the last night she was seen alive.

The young woman remained missing for 11 days. Then, on January 2, her body was discovered at the bottom of a well in Lispenard Meadow (pictured below), along Manhattan’s then-undeveloped southeastern side. Gouges around her neck implied strangulation. Suspicion fell on Eli, and he was quickly put on trial. 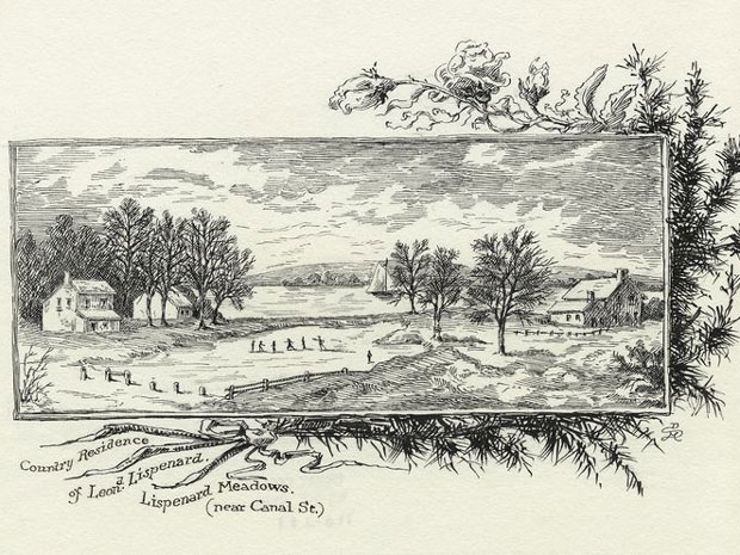 The sordid tale shocked the fledgling city – it was the first murder case in U.S. history to be transcribed and editorialized by the media. As rumor spread that the victim may have also been pregnant with Eli’s child, the public turned completely against the accused.

The jury took just five minutes to acquit Weeks of all charges.

The citizens of New York were outraged by the verdict – so much so that Weeks had to flee to Mississippi soon after the trial ended. While police continued to hunt for a killer, Elma’s death remained unsolved. Eventually, the infamous Manhattan Well Murder case – and the well itself – sunk beneath the streets of the flourishing metropolis.

It wasn’t until 1980 that a business owner in SoHo uncovered the well after excavating her building’s dirt floor basement.

The site is now a brightly lit clothing store. Shoppers at 129 Spring Street pass the hulking brick well daily on their hunt for a new sweater. And though the death of Elma Sands has long since passed, her tragic tale lives on. Author Eve Karlin recently used the murder mystery as the basis for her debut novel, City of Liars and Thieves.