Countess Bathory tortured villagers, mutilated her servants, and according to legend even bathed in their blood.

If you were a young woman living in Hungary in the 16th century, you wanted to stay well away from the castle of Countess Elizabeth Bathory.

For 24 years, the countess amused herself by torturing and killing young girls. She started with girls from peasant families who came to work as servants. When the peasants wised up and began hiding their daughters, she moved up the social scale, luring daughters of the local gentry by offering them etiquette lessons.

Rumors that she bathed in the blood of virgins to keep herself youthful were never proved. But the rest of her horrific crimes were chronicled in gory detail at her trial.

She well deserves her nickname, the Blood Countess.

Want more terrifying tales? Sign up for The Lineup's newsletter, and receive our eeriest investigations delivered straight to your inbox.

She came to the area after becoming betrothed to Count Ferenc Nadasdy at 11 years old (he was 16). Ferenc was an athlete and soldier – although not a scholar, as his own mother once admitted – and he was considered a hero during The Long War against the Turks.

Elizabeth and Ferenc shared many things, including a handful of children, the family estate in Cachtice, and a sick love of debasing their maids. While Ferenc served in the military whispers of Elizabeth’s penchant for domestic abuse spread wherever she traveled. She hired a team of personal assistants, including three older women, a disfigured young boy, and a sadistic, reputed witch named Anna Darvulia, who spearheaded the torture squad and eventually became Elizabeth’s lover.

Elizabeth and Anna used a variety of techniques to torment the lesser servants: In winter, they would take a girl out into the snow, pour cold water on her until it turned to ice, and then leave her there to freeze to death. During the spring, they would spread honey on a girl’s naked body, then tie her down outside so bees and bugs would eat away at her. They also shoved needles under fingernails, sewed mouths shut, and clubbed girls with razor-sharp weapons until they perished.

Other servants witnessed these crimes, and they swore Elizabeth started ingesting victims’ blood as part of dark rituals (which spun into tales of vampirism). Yet others claimed that after an exceptionally brutal beating, she discovered the regenerating effects of bodily fluid on the skin and started bathing in it to stay beautiful for her beloved husband.

But when Ferenc succumbed to an infection and died at a young age in 1604, Elizabeth absolutely lost it.

She took permanent residence in Cachtice, locking herself in her mansion, and had girls kidnapped from the village and brought to her home. Often times she was too depressed to get out of bed, so Anna would bring the helpless child to Elizabeth, and she would bite chunks out of their faces and then have them burned. Eventually, she ran out of common girls to torture, and she started picking off daughters from the nobility, who had less money than the rest.

Finally, the Hungarian king decided he couldn’t turn a blind eye to this royal abuse of power, so he sent his lieutenants to arrest this serial killer and put her on trial. When they arrived at her castle, they found bodies – some alive, some dead – strewn around various rooms, partially burned in fireplaces, and buried in shallow graves on the grounds. This evidence compiled with testimony from more than 300 villagers and confessions from her core group of confidants resulted in a guilty verdict.

Elizabeth Bathory was convicted of 80 murders (although a legendary diary entry brought the total closer to 650). While Anna the witch and her team of torturers were executed for their crimes, Elizabeth was allowed to remain in her castle –   albeit behind brick wall permanently erected at her door.

Four years later, she passed away in her sleep. The villagers in Cachtice rioted when her body was buried in their town. She was reportedly moved to the Bathory family crypt in Eastern Hungary, although when the site was excavated in 1995, her body was nowhere to be found.

Fascination with Bathory’s horrific crimes continues to this day, and she remains a prominent figure in popular culture. In the television show, American Horror Story: Coven, the character Delphine LaLaurie (played by Kathy Bates) is inspired by the real-life New Orleans killer from the 1830s who tortured and murdered her slaves.

LaLaurie’s crimes were compared to those of the Blood Countess – so much so that she’s often called the “American Elizabeth Bathory.” In AHS, details from Bathory’s life are woven into the LaLaurie storyline. Much like Bathory’s morbid love of bathing in blood, the show’s ruthless woman uses the blood of her servants in an attempt to retain her youth and beauty.

Bathory is also the central figure in Andrei Codrescu’s novel The Blood Countess, which explores the eternal allure of Bathory’s bloody reign. The inventive novel blends horror with historical fiction and family drama as it follows journalist Drake Bathory-Kereshtu, who’s haunted by the fact that his bloodline leads back to the infamous murderess. 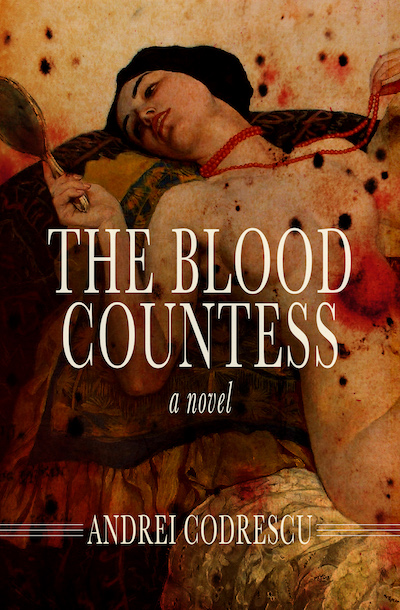