Ghost Light in the Window: The Drish House Haunting

They say the widow's ghost lingers in the tower and sets the house ablaze with phantom fire...

In Tuscaloosa, Alabama, stands the restored Drish House, a stately home that now holds a spot on the National Register of Historic Places. However, the Drish House has not always been a priority for preservation. In fact, the Drish House has changed hands many times since the tragic deaths of its original owners, and some think this has to do with tales of its haunting.

Built over the course of two years starting in 1837, the Drish House belonged to slave owner John Drish and his wife Sarah. The marriage was a second for both of them; their first spouses had both died, and Sarah’s husband had left her quite wealthy. Drish’s slaves were instrumental in the building of the new home, and much of its rich architecture can be attributed to their work.

In 1867, tragedy struck. Drish, an alleged alcoholic, was said to be sobering up after a night of drinking when he “got the shakes” and, in a hallucinatory state, ran across a hallway and threw himself from the upstairs balcony, killing himself upon impact at the bottom of the stairs. 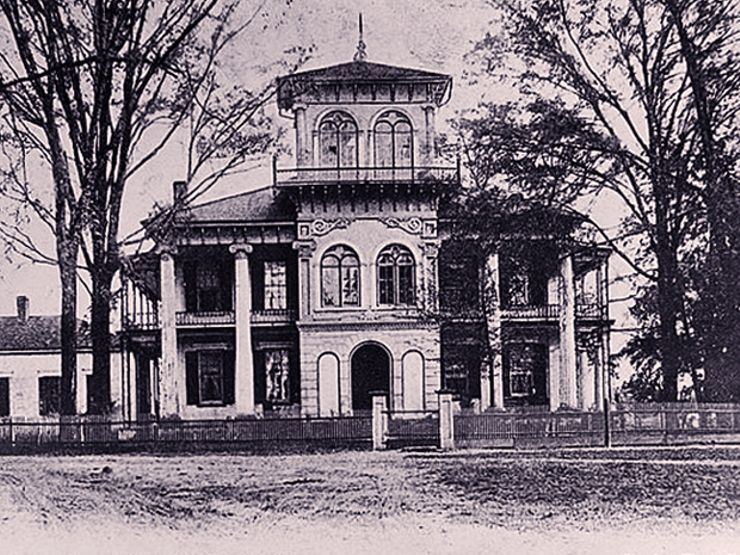 Sarah, now a widow twice over, was devastated. Drish had left elaborate burial requests for his funeral, and she ensured that these were carried out to the letter. After his death, however, the widow became obsessed with her grief. Sarah insisted that when she died, she was to have the exact treatment as her husband—she even saved the candles that had been used at his wake, so that they might burn at her funeral. Yet when Sarah did die in 1884, she had hidden the candles so well that no one could find them and honor her dying wish.

Many see this failure to carry out a mournful woman’s final request as the spark that ignited the Drish House hauntings. Not long after Sarah’s death, a local was alarmed to discover a fire burning in the front tower of the home. An emergency call was made. Yet when responders arrived, no fire burned. These phantom fire sightings happened repeatedly. Some surmised that it was Sarah’s spirit lingering in the tower that set the space ablaze, angered—or disappointed—that her husband’s candles had not been burned at her own funeral.

Related: The Myrtles Plantation: Who’s That Girl in the Window?

The house changed ownership multiple times in the ensuing years. The building was used as apartments during Tuscaloosa’s population expansion; as a school owned by the Tuscaloosa Board of Education; as a wrecking company; and as a church, during which time an adjacent structure was built to house various Sunday school classes. These transitions brought the house into the late 20th century. When the church finally closed in 1995 for financial reasons, the old Drish House slipped into abandonment and was eventually condemned by the city.

That all changed by the new millennium. First, the Tuscaloosa County Preservation Society took over the Drish House, conducting initial repairs before selling it to a private owner. In 2008, after the house was fixed to the point of safety, a team of paranormal investigators was allowed inside to examine the alleged paranormal activity. While there were no major breakthroughs, the team did capture some anomalous activity and were bolstered by the fact that they had finally gained access to the Drish House after years of being off-limits.

By 2015, news broke that the Drish House was coming back to life. By 2016, the new owner had restored the estate and opened it up to the public as a historical and cultural place of interest. You can now host a corporate event, a party, or—if you and your partner are history diehards with a taste for the paranormal—a wedding.

Related: The Eerie Mystery of the Phelps Mansion Knockings

Those curious about visiting should head over to the house’s Facebook page, which gives details on how to book the space. Readers should also check out Thirteen Alabama Ghosts and Jeffrey by Kathryn Tucker Windam and Margaret Gillis Figh, who recorded the Drish House hauntings in their tale “Death Lights in the Tower.”

If you do decide to step inside Tuscaloosa’s Drish House, keep a watchful eye on its tower. Sarah’s troubled spirit may linger in the window. 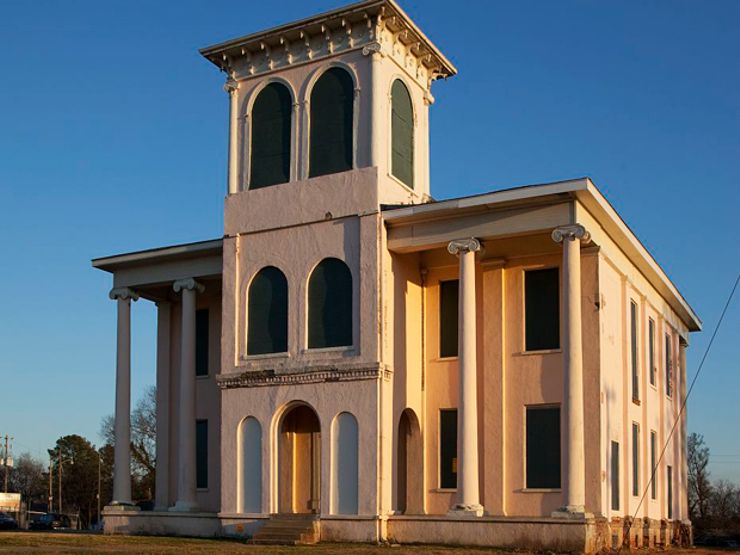