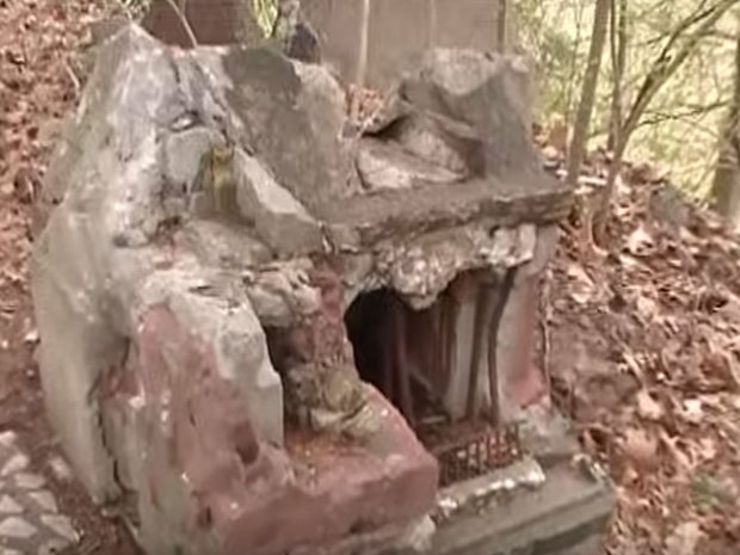 An abandoned village near Middlebury, Connecticut has many people asking questions. Not because it is abandoned. But because of its size. Every house is roughly the size of an infant human. So who lived there?

The legend has a few different options: the first is that a woman saw fairies living in the woods and convinced her husband to build a village so that they might have homes to live in and be happy. But that story had a twisted end. According to legend, she became so obsessed, her husband killed her to stop her from talking about fairies.

Another option is that a man was hearing voices in his head and built the village to help contain them. Each home is said to represent one of the voices.The most plausible option is that these are the remnants of a 19th century amusement park that used to run near the train tracks.

Whatever the reason for these little house, they’re a good excuse to take a trip to Connecticut. And a reason to get a little spooked and excited.

THIS STORY WAS FIRST PUBLISHED ON The Hauntist.
READ MORE:
11 Haunted Places To Visit In New Orleans
There Is a Haunted Wedding Dress in a Pennsylvania Mansion
7 People Who Lived Our Worst Fear By Being Buried Alive